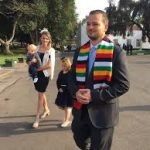 Victoria Falls — Government has approved 37 investors who have shown interest to produce cannabis (mbanje or dagga) for medicinal or scientific purposes. This follows last year’s decision by Government to legalise cannabis production. Lands, Agriculture, Water, Climate and Rural Resettlement Deputy Minister Vangelis Haritatos said Government was overwhelmed by applications after more than 200 foreign and local investors showed interest in venturing into production of cannabis in the country.

The deputy minister said this while addressing chief executives at the 6th Africa Round Table forum recently.

He said Government is now working on licensing the selected investors in line with Statutory Instrument 62 of 2018 (Dangerous Drugs Production of Cannabis for Medicinal and Scientific use Regulations).

“In the last few months, more than 200 local and foreign companies have shown interest in venturing into medical cannabis production. Cabinet has approved about 37 of them and they will be issued with licences. For now we are in the process of registering them,” said Deputy Minister Haritatos.

He said the investors would be issued with 12-month long licences pending renewal. Deputy Minister Haritatos said Government will strongly guard against illicit dealings in cannabis.

He said the global cannabis business is worth $24 billion per year.

The deputy minister said his ministry would be working closely with the Ministry of Health and Child Care in production of medicinal cannabis, in partnership with investors.

Deputy Minister Haritatos highlighted that the industry was facing teething problems in rolling out cannabis production as they feel it will encourage abuse of drugs such as mbanje.

“Let’s give investors a chance. There is a lot of excitement which will bring a lot of investment and help people produce oils for cancer and other medicinal purposes,” he said.

There is strong evidence of cannabis medicinal benefits in the treatment of nausea and vomiting associated with cancer chemotherapy, neuropathic pain, spasticity in multiple sclerosis and spinal cord injury, among others.