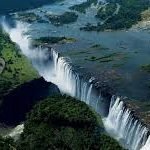 ZIMBABWE has begun harvesting its first crop of legally cultivated industrial hemp after it decriminalised cannabis in 2018 to tap into the multi-billion-dollar industry.

Preliminary results show that of the five varieties planted, only two performed well, with poor rains and high temperatures being blamed.

The results also showed that the crops grew and budded quicker than anticipated.

ZIHT founder Dr Zorodzai Maroveke said they are now testing the varieties around the country.

“We have been harvesting the industrial hemp and so far we have sent some tests to the University of Zimbabwe to check for chemical components,” she said.

Dr Maroveke said the data being gathered would provide critical information to investors that are presently waiting in the wings.

“The trials are very important. It is a new industry, uncharted territory. There are many investors looking at value addition and the local industry. There are also partners looking at small-scale farming, so there is need for trials.

“But by the end of this year, we will be doing commercial trials,” she said.

Government has since approved 37 investors who have shown interest in producing cannabis (mbanje or dagga) for medicinal or scientific purposes.

Growers of hemp and cannabis — two different crops — get licences valid for up to five years, and have to produce the crop under strict monitoring.

The company plans to complete a greenhouse by the first quarter of 2020, start cultivation in the second quarter and begin exports of the product by the third quarter.