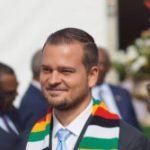 Ventures Africa reports from what seems like a loosely constructed press release…..

Following the legalization of cannabis, the government of Zimbabwe has approved the request of 37 investors to produce and trade marijuana for scientific and medicinal reasons. This comes after more than 150 foreign and local investors indicated interest.

After much deliberation, Zimbabwe approved the use of marijuana for solely medicinal and scientific use in April 2018. Thus, becoming the second African country to legalize it after Lesotho (a small state surrounded by South Africa).

Mental Health Manager, Ms Eneti Siyame says that the main challenge to addressing the abuse of drugs in Zimbabwe was due to the easy access of the same drug, especially after rehabilitation. The legalization of cannabis may be used for the right purposes but on the other hand, it could also be accessible by the public or perhaps “black market” distributors. The production, distribution and the sales of cannabis will likely become a problem if these new legalization policies are not properly managed.

Even if the country’s access to cannabis is put under close watch, what about its exports into other countries? Countries like South Africa, Mozambique, Zambia and Botswana share borders with Zimbabwe and once access any of these countries can access the drug, it could create an illegal market in other countries.

The global cannabis business is worth $24 billion per year and with the current state of Zimbabwe, such monetary yields will go a long way in improving its citizens’ standard of living. “At least US$24 billion is required to revamp Zimbabwe’s antiquated road network, which has outlived its lifespan by more than four decades.”

The government of Zimbabwe is currently working on giving license to the selected investors in line with Statutory instrument 62 of 2018 stated “Dangerous Drugs production of Cannabis for Medicinal and scientific use Regulations,” said Deputy Minister for Lands, Agriculture, Water, Climate and Rural Resettlement, Vangelis Haritatos.

“…cabinet has approved about 37 of them and they will be issued with licenses. For now, we are in the process of registering them.”