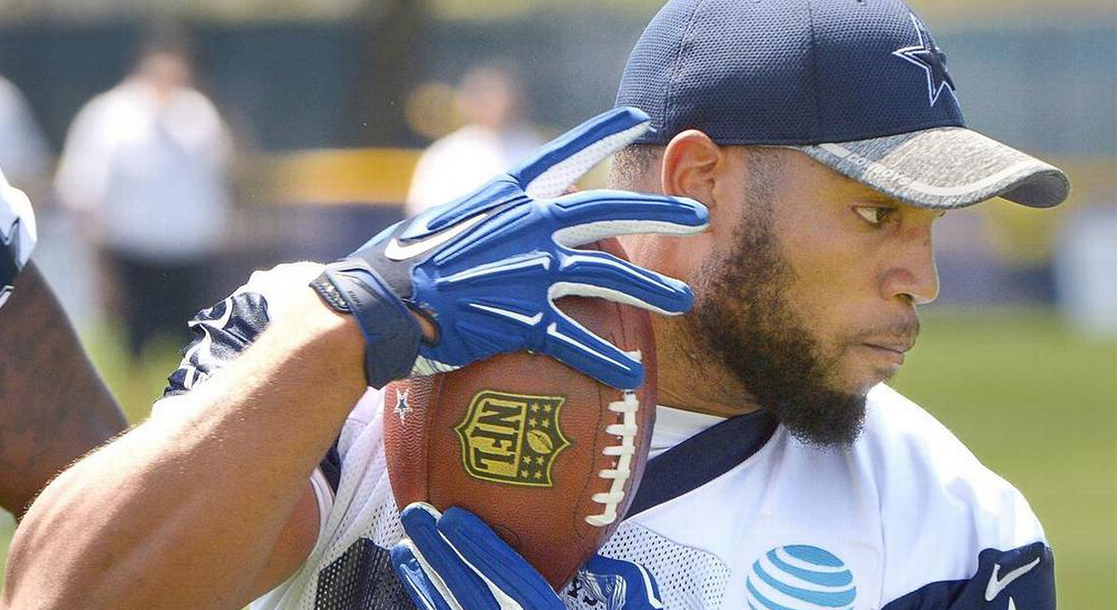 Gathers, a tight end for the Dallas Cowboys, was caught by police as he shared a blunt with a friend at a park in Frisco, Texas. TMZ first posted the video.

“I really don’t need this right now,” Gathers said in the video, after cops slapped the cuffs on him. “I know y’all don’t want to see a grown man cry, but like, literally, this is too much.”

At the time of the arrest, the Cowboys had less than 24 hours to fill their team roster, ESPN reported. Gathers’ weed charge — misdemeanor possession of less than two ounces of marijuana — could have ended his professional football career.

Last month, Gathers struck a plea deal to reduce the charge. If he stayed sober for 90 days (which he has, apparently), the charge would be wiped from his record. He’s still playing for the Cowboys.

In the video, the tight end claimed it was his first and only time smoking weed. Whether that was true or not, cannabis could help athletes who’ve suffered severe concussions, as Gathers did in the 2017 season.

Doctors are currently researching whether a component of cannabis, CBD, can help athletes recover from head trauma. Retired NFL players have called on the league to reform its draconian rules against marijuana use.