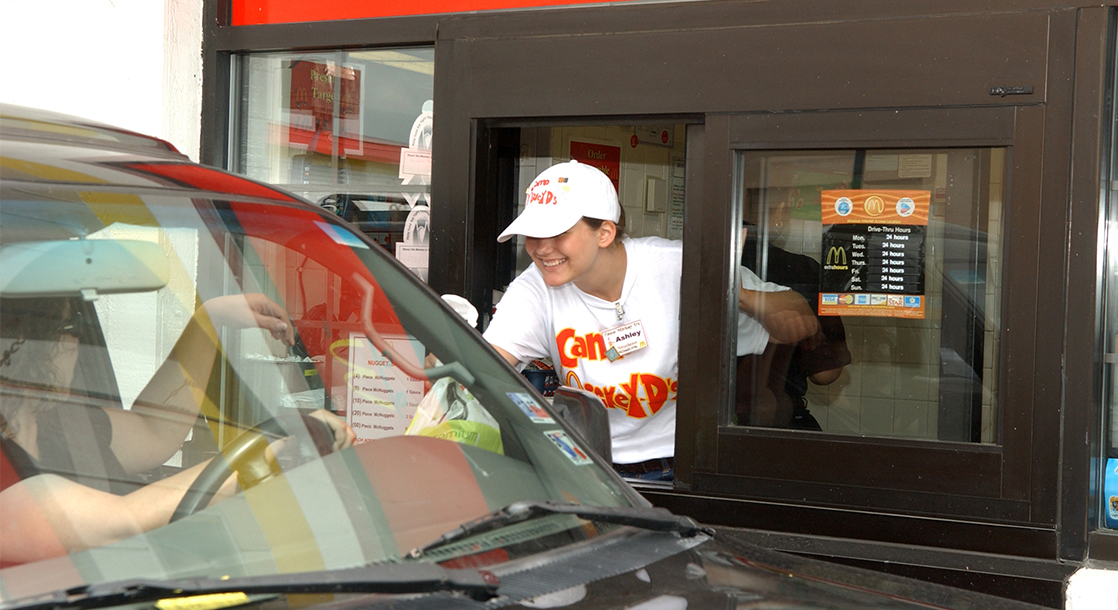 Driving while high is generally frowned upon, but one dispensary in South Florida now sells weed out of a drive-thru station.

Last week, Curaleaf’s third location in the Miami-Dade area opened its doors, and its new drive-up window, to the state’s 148,000 medical patients. It is the only dispensary in Florida authorized to have a drive-thru service.

Curaleaf’s managers say the drive-thru isn’t for novelty or show. The company worked to get state permission for the service because some disabled patients requested it.

“We have many patients who could not come in and we have to walk out to service them in their cars,” Michael Costa, Curaleaf’s regional dispensary operations manager, told NBC Miami. “Now patients have the ability to come get their order from our drive-thru.”

Not just anyone can get a lift and buy some weed at Curaleaf, though. Florida is strictly medical at the moment, so only qualified patients registered with the state can purchase from Curaleaf’s drive-thru location.

Drive-thru locations for legal cannabis are rare, but other states have them, too. Tumbleweed, a drive-up recreational pot shop near the Colorado town of Parachute, opened in 2017. Leave It to Nature, in Shasta Lake, California, also has a drive-thru window.

Massachusetts may see its first cannabis drive-thru some time within the next year, as well.