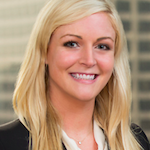 Article by Nicole A. Aaronson and Neil M. Willner

California Assembly Bill 228 would expressly permit the retail sale of hemp-derived CBD in foods and supplements in California, notwithstanding the Food and Drug Administration’s position to the contrary. On Thursday, May 16, 2019, AB-228 passed through the State Assembly’s Appropriations Committee with a unanimous 18-0 approval. The Bill, sponsored by Assembly Member Cecilia Aguiar-Curry (District 4), moves to the House floor where a two thirds vote is required for it to continue on to the Senate for approval.

AB-228 is intended to address the guidance offered by the California Department of Public Health (CDPH) in July 2018, which prohibits hemp-derived CBD from being added to foods. The CDPH’s release provides:

California incorporates federal law regarding food additives, dietary use products, food labeling, and good manufacturing practices for food… Currently, the United States Food and Drug Administration (FDA) has concluded that it is a prohibited act to introduce or deliver for introduction into interstate commerce any food (including any animal food or feed) to which tetrahydrocannabinol (THC) or CBD has been added. This is regardless of the source of CBD – derived from industrial hemp or cannabis.

While manufacturing and retail sales of marijuana-derived CBD products are permitted in accordance with California’s cannabis regulations, hemp-derived CBD remains unapproved for use as a food ingredient, food additive or dietary supplement.

The City of Los Angeles took a similar position when its Department of Public Health, Environmental Health, which regulates food operators, issued the following guidance: “use of industrial hemp derived products in food will be considered adulterated and cited by DPH-EH as a violation resulting in a deduction of two (2) points on the official inspection report.” The Los Angeles guidance becomes effective on July 1, 2019.

Though legalization at the state level does not preclude FDA enforcement, AB-228 would provide California defendants with an affirmative defense in civil court to unlawful adulterant allegations regarding CBD products. AB-228 also would allow hemp-derived CBD product sales by licensed cannabis businesses and declare that industrial hemp and its derivatives are an agricultural product.

If the California House of Representatives passes AB-228, it will move on to the Senate where it must receive support by an assigned Senate committee before being placed on the Senate floor for a vote. If approved by the Senate, AB-228 will be delivered to Governor Newsom for final approval.

Click here to learn more about our Cannabis Law capabilities.