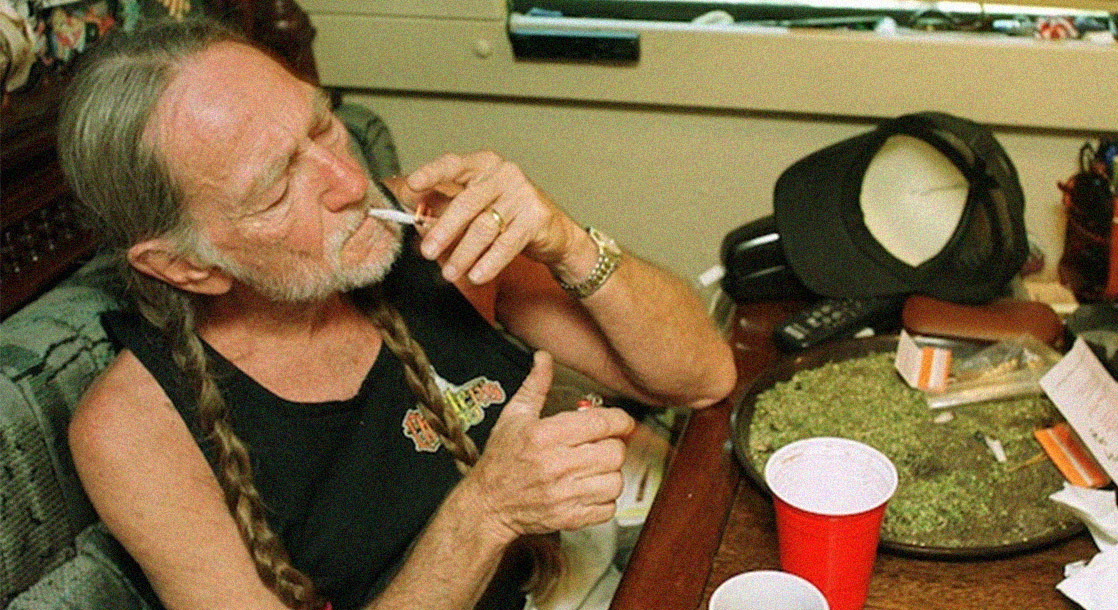 Willie Nelson is no stranger to weed, and in a recent interview with Rolling Stone, it may have kept him out of an early grave, too.

The interview covered several aspects of Nelson’s life, including his celebrity-branded weed company and his ongoing musical pursuits. But the most shocking highlight came when he discussed how cannabis rescued him from his previous life as an alcoholic.

“I wouldn’t be alive. It saved my life, really,” he told Patrick Doyle at Rolling Stone. “I wouldn’t have lived 85 years if I’d have kept drinking and smoking like I was when I was 30, 40-years-old.

Today, Willie continues to write new songs and tour. He’s also one of the most famous members of the cannabis industry, and has a company called Willie’s Reserve. The company, largely managed by his wife Annie D’Angelo, offers THC and CBD products. Most of its cannabis is grown in small batches to maintain craft quality.

“I was in a celebratory mood and he hands me that pen and I was just snatched and it was like ‘ah, fuck it,'” Harrelson said. “I take a big draw of it and he says, ‘Welcome home, son.'”

Related: The Famous and 420 Friendly