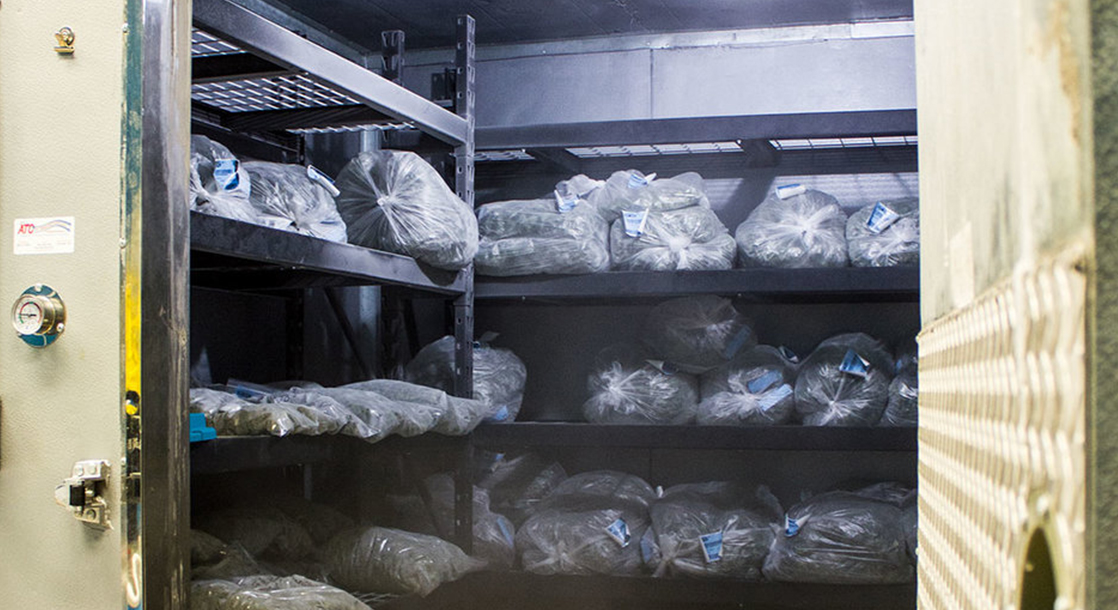 According to a new study published in the journal Forensic Science International, and first reported by Marijuana Moment, Italian scientists spent four years trying to determine the best way to store cannabis without losing potency, and discovered that the plant retains its THC content for the longest time when kept at frozen temperatures.

To determine the best way to keep your dank fresh, the Italian researchers took high potency cannabis and hash turned over to them from law enforcement seizures, and stored it at room temperature, in a refrigerator, and in a freezer. To control the environments even further, the researchers considered exposure to light as another variable, keeping some samples exposed to light, and others tucked away. After four years, the pot left at room temp and in the fridge lost nearly all of its potency, while the freezer weed showed no signs of THC degradation.

“Significant changes in the THC (degradation) and CBN (formation) content were detected under storage conditions A [room temperature] and B [refrigerated], and almost 100% of THC was degraded after four years,” the study detailed. The researchers then concluded that “freezing is the best storage condition to avoid the reduction of the cannabinoids content over time.”

Of course, the long-term study won’t matter for most casual users, who probably aren’t planning on keeping their stash for longer than a weekend or two. But the new research is certainly valuable to growers and distributors still looking to get rid of last year’s crop. Those turkey bags may be airtight, but without proper temperature control, your frosty buds could start losing potency before next year’s harvest is ready.