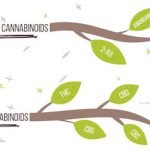 Not long ago, scientists had no idea that a major body system existed. While studying the way cannabis interacts with the body in the 1900s, scientists found that the compound THC was binding to receptors in a system they had never noticed before.

They began studying this system and found that it was extremely complex and had a large impact on the way the body functions. They named it the endocannabinoid system after the plant that led to its discovery.

Since then scientists have learned more and more about the way this incredible system affects our bodies. From regulating pain receptors to stimulating serotonin levels, the endocannabinoid system has an impact on our lives every day. While the endocannabinoid system works great on its own, CBD and other cannabis compounds can interact with system receptors to provide an all-natural healing effect. 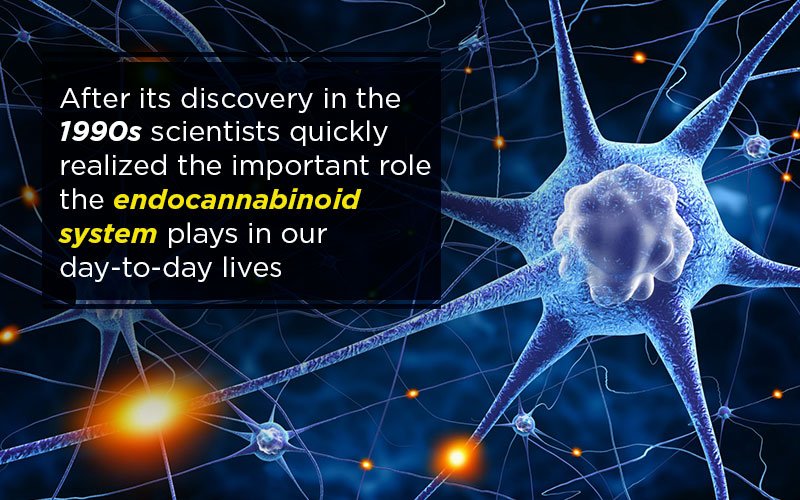 What is the Endocannabinoid System?

The endocannabinoid system is comprised of a series of receptors, enzymes and endogenous cannabinoids. The system’s main function within the body is to help maintain a healthy internal balance – what many scientists refer to as “homeostasis.” It does this by using receptors to interact with various internal and external compounds to regulate our various systems and boost our overall health.

Our bodies naturally produce compounds called “endogenous cannabinoids” that interact with the endocannabinoid system. The main two compounds that scientists have found are anandamide and 2-AG. Both of these are produced within our body and interact with CB1 and CB2 receptors to make sure our body is working the way it is supposed to be.

The endocannabinoid system has been found to help regulate a variety of different systems and can combat a variety of ailments. For example, according to this 2018 article on cannabinoid receptors and the endocannabinoid system by S. Zou and U. Kumar, “the endocannabinoid system [is] largely involved in various aspects of central neural activities and disorders, including appetite, learning and memory, anxiety, depression, schizophrenia, stroke, multiple sclerosis, neurodegeneration, epilepsy, and addiction. The CB1 [receptor] is also involved in physiological and pathological conditions in the PNS (peripheral nervous system) and peripheral tissues, including pain, energy metabolism, cardiovascular and reproductive functions, inflammation, glaucoma, cancer, and liver and musculoskeletal disorders.”

Copy and paste this link in your browser to take you to the study: https://www.ncbi.nlm.nih.gov/pmc/articles/PMC5877694/.

Learning how to tap into the endocannabinoid system could help researchers find ways to treat a plethora of health problems. While the endogenous cannabinoids our bodies make do their part in keeping us strong and healthy, sometimes they need a little help. That’s where external cannabinoids come into play.

What Are Phytocannabinoids and Why Are They Important?

When these external cannabinoids are ingested, they interact with CB1 and CB2 receptors in similar ways as endogenous cannabinoids. By doing this, phytocannabinoids can actually boost the endocannabinoid system and help it function differently or even more effectively than it can on its own.

Scientists believe there are up to 100 different cannabinoids produced by cannabis plants, but only five are worth mentioning in this article. The most important phytocannabinoids are THC, CBD, CBG, CBC and CBN. 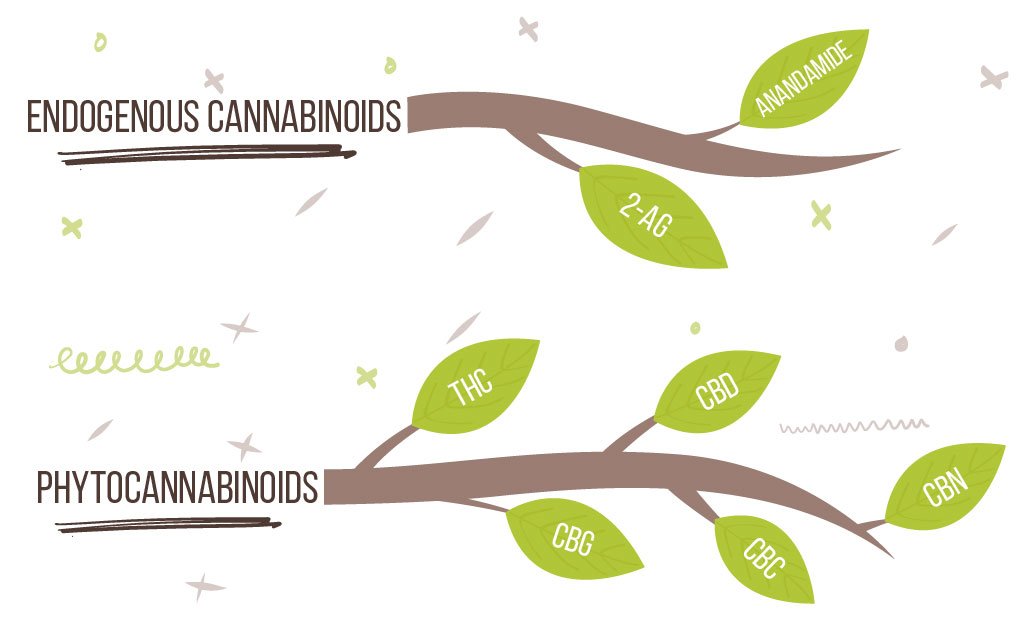 THC is arguably the most well-known cannabinoid. THC is produced by marijuana and is the culprit behind the psychoactive effects most marijuana users experience. Because of its high concentrations of THC, marijuana is illegal in most parts of the United States.

CBD, on the other hand, is produced in the highest concentrations by hemp plants. Although hemp is a strain of cannabis, it produces little to no THC. Instead, it makes high quantities of CBD, CBG, CBC and CBN. These four cannabinoids don’t cause any psychoactive effects and actually have little to no negative side effects. Instead, when they interact with CB1 and CB2 receptors, they can actually boost the endocannabinoid system’s effectiveness to help moderate pain, regulate mental disorders such as anxiety and depression, improve sleeplessness, increase appetite, reduce nausea and promote muscle and bone growth.

Each of these cannabinoids produce a slightly different effect. For example, CBN is known for its ability to help reduce the side effects of those who suffer with sleep disorders. CBC is popular for its ability to regulate pain and reduce inflammation. In addition to acting as an anti-inflammatory and aiding sleep, CBG promotes healthy bone growth. Because of their individual effects, many hemp farmers have learned how to grow strains of plants that produce even more of a desired cannabinoid.

The “king” of cannabinoids, however, is undoubtedly CBD. CBD provides a long list of health benefits. For example, CBD can help regulate the immune system, is an anti-oxidant and anti-bacterial agent, helps sooth the side effects of anxiety and depression, reduces nausea and sooths severe and chronic muscle and joint pain, among other things.

Where Can I Learn More?

Over the years many scientific articles have been published about CBD and the endocannabinoid system as a whole. Many of them are free to the public. A short list of some relevant articles will be included below.

If you would like to learn more about different CBD products and how they may be able to help you, follow this link to visit our website. On the site you can find an extensive list of CBD products including tinctures, vape additives, edibles and lotions and creams. These products are sorted into different categories so you can easily find the perfect product for your particular needs.