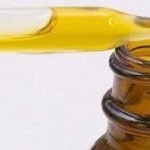 If you wish to re-publish this story please do so with following accreditation
AUTHOR: Darren Kaplan; Garrett Graff
PUBLISHER:  CANNABIS LAW REPORT

In the early months of 2019, and after the recent passage of the 2018 Farm Bill, an increasing number of state and municipal agencies continue to pay close attention to hemp-derived CBD products, in some cases leaving products under siege by regulators.

New York represents one high-profile example where, somewhat surprisingly, the New York City Department of Health seized products featuring CBD as a food additive from restaurants, bars, bakeries, and coffee shops. Correspondingly, the agency publicly announced a targeted crackdown of such products to occur — first indicating it would be this summer and then delaying until fall 2019 — where such locations will be docked points by the health agency if continuing to serve products with CBD. There are remaining concerns as to the state health department’s treatment policy towards these products as well. Ohio, Texas and Maine have also experienced adverse enforcement activities, and other states such as North Carolina are threatening the same.

Especially after passage of the 2018 Farm Bill, which clarifies and affirms that hemp – including hemp-derived cannabinoids are lawful — there is confusion as to why edible CBD products would be the subject of enforcement actions and why state and local health departments would even care in the first place.

Ultimately, while the 2018 Farm Bill clarified that hemp is not a controlled substance – and the Drug Enforcement Administration (“DEA”) has no authority over it – the legislation did not resolve lingering questions related to federal food and drug regulations which protect consumer safety, as overseen by the Food and Drug Administration (“FDA”). In fact, the 2018 Farm Bill did not impact the FDA’s oversight authority as to hemp-derived products.

In this vein, for example, a recent draft letter by North Carolina’s Department of Agriculture and Consumer Services cites the federal Food Drug and Cosmetic Act, and FDA’s position statement concerning the inclusion of CBD in food products. Among other reasoning, FDA cites potential concerns around the approval of Epidiolex, an approved drug containing CBD for purposes of treating epileptic indications, stating that it is prohibited to add an approved active drug ingredient to food (including animal feed).

Although there are counterarguments to the FDA’s positions, and even as FDA rhetoric appears to be shifting to acknowledge “pathways forward” to address these issues, states and municipalities are implementing their own solutions, which can vary widely.

For states and municipalities seemingly paralyzed by the little federal guidance provided to date, there are other favorable answers. For example, states like Colorado have taken a different approach: affirmatively establishing in state law and regulation that hemp derivatives, including cannabinoids, should be treated as permissible ingredients and shall not be treated specially by state and local agencies. This model can be replicated across many states during the current state legislative sessions and provide much-needed clarity and certainty to regulators and the industry alike.

Rulemaking by USDA pursuant to the 2018 Farm Bill is only just beginning and may last several months, if not more; FDA could take even longer to resolve these ingredient uncertainties at the federal level. In the meantime, state and local jurisdictions can pass their own regulations to avoid the confusion and disruption currently being seen in targeted enforcements across the country.

Darren Kaplan is an associate attorney at Hoban Law Group in Denver, Colorado. Darren has worked on several legal issues in the cannabis space, specializing thus far in industrial hemp, regulatory compliance (hemp and marijuana), and civil and commercial litigation.