Rolling blunts is a way of life, but it can also be a pain in the butt.

First you have to grab your wraps, which usually entails a trip to the gas station or a nearby convenience store. Then, assuming you’ve already obtained some cannabis, the next step is to grind it all up. From there, it’s time to toss the tobacco from your Peach Optimo or Strawberry Swisher (unless you live in San Francisco, in which case, the flavor choices are not great) and twist your blunt into shape. Finally, you get to spark it up and enjoy the reward of your labors.

The appeal of “Dankwoods” is a grab-and-go approach, similar to what makes pre-rolled joints such a hot buy at licensed dispensaries. The problem, unfortunately, is that the sale of pre-rolled blunts is currently illegal everywhere in the US. Even in states with legalized adult-use sales like California, the mixing of tobacco and cannabis into a single product is not allowed by law.

In the wake of last year’s widespread panic over tainted vaporizer cartridges — cartridges which were ultimately traced back to illicit market manufactures — savvy consumers should always be aware that visually impressive knockoff brands are running rampant, thanks in part to high tax rates for legal operators and a lack of resources to crackdown on their illegal counterparts.

One such brand is “Dankwoods,” a popular line of pre-rolled blunts. Here’s what we know about this “brand.”

In order to understand the concept behind “Dankwoods,” you first must learn a bit about the brand they’ve chosen to ripoff. Backwoods Smokes are a popular line of cigars notable for being wrapped in a leaf of Connecticut Broadleaf tobacco. When properly unrolled, this wrapper leaf makes for excellence use as a blunt. The brand is so popular, in fact, that rare or discontinued flavors are considered a hot commodity with their own secondary market online.

Beyond its durability and flavor, a Backwoods wrapper is also capable of holding a copious amount of cannabis — up to 3.5 grams or one eighth. This bonus aspect has only served to make Backwoods all the more beloved as a source for blunt wraps prepared individually by the consumer.

“Dankwoods” is essentially the commercialization of this process through illegal means. Very little is known about the operation, including any of the people involved, where their cannabis is sourced or grown, or who is ultimately profiting from your purchase. What is known is that “Dankwoods” are available as individually packaged pre-rolled blunts, sometimes covered in keef, and the purveyors even have a website suggesting that consumers can make online purchases. Brightly colored labels that match the Backwoods’ aesthetic perfectly only serve to further enhance the appeal of these items, which are allegedly sold for $40 each and contain two grams of cannabis a piece. 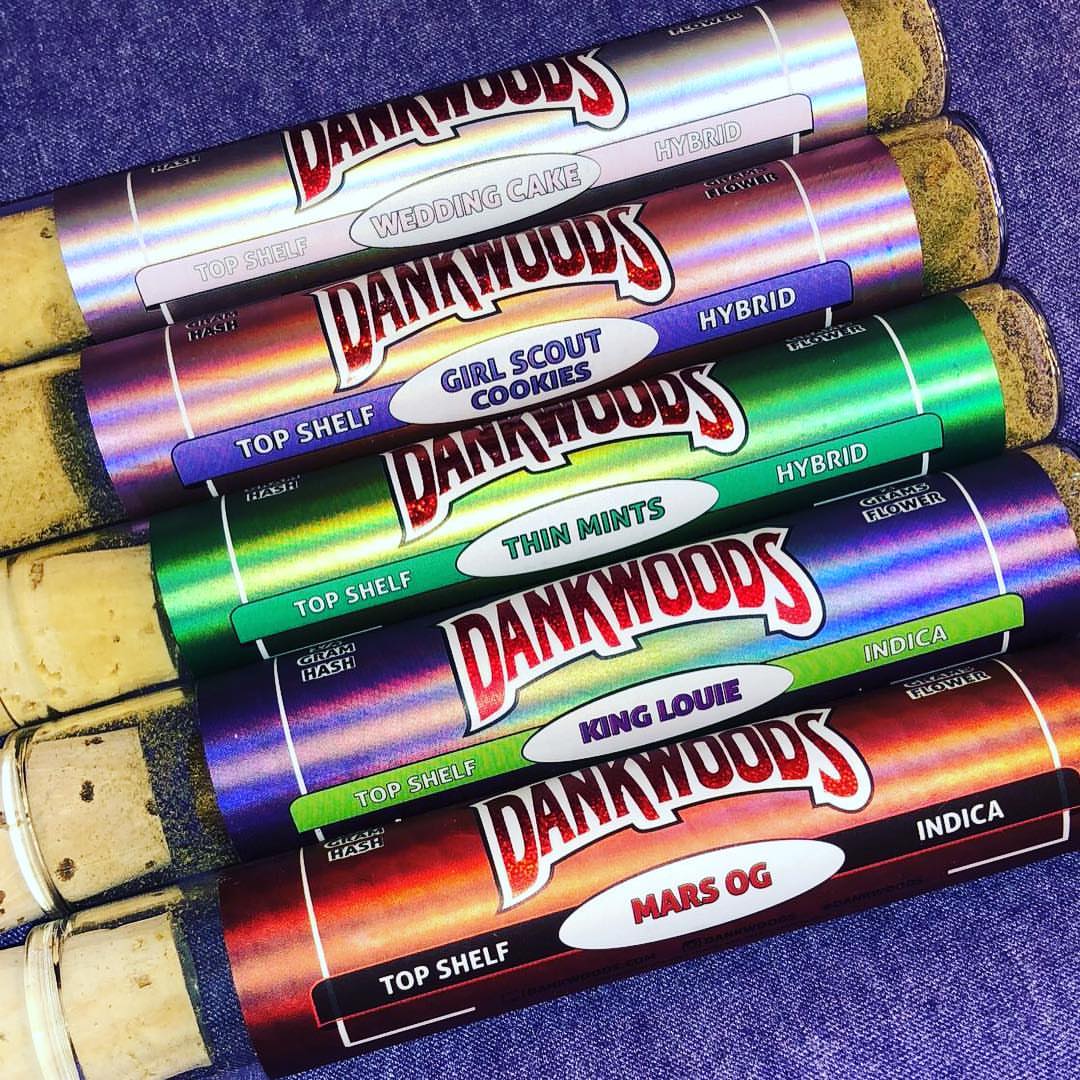 Strains allegedly featured in “Dankwoods” include:

According to the website for “Dankwoods,” each blunt is made “from an all natural Meduro backwood leaf wrapped around [two] grams of all organic fire bud with a quarter gram of concentrate made from nugs and rolled in kief with a custom-made reusable quartz filter. Everything was grown in Los Angeles using only the finest materials.”

You can believe them if you want, but if you do, I have some brake pads to sell you, too. 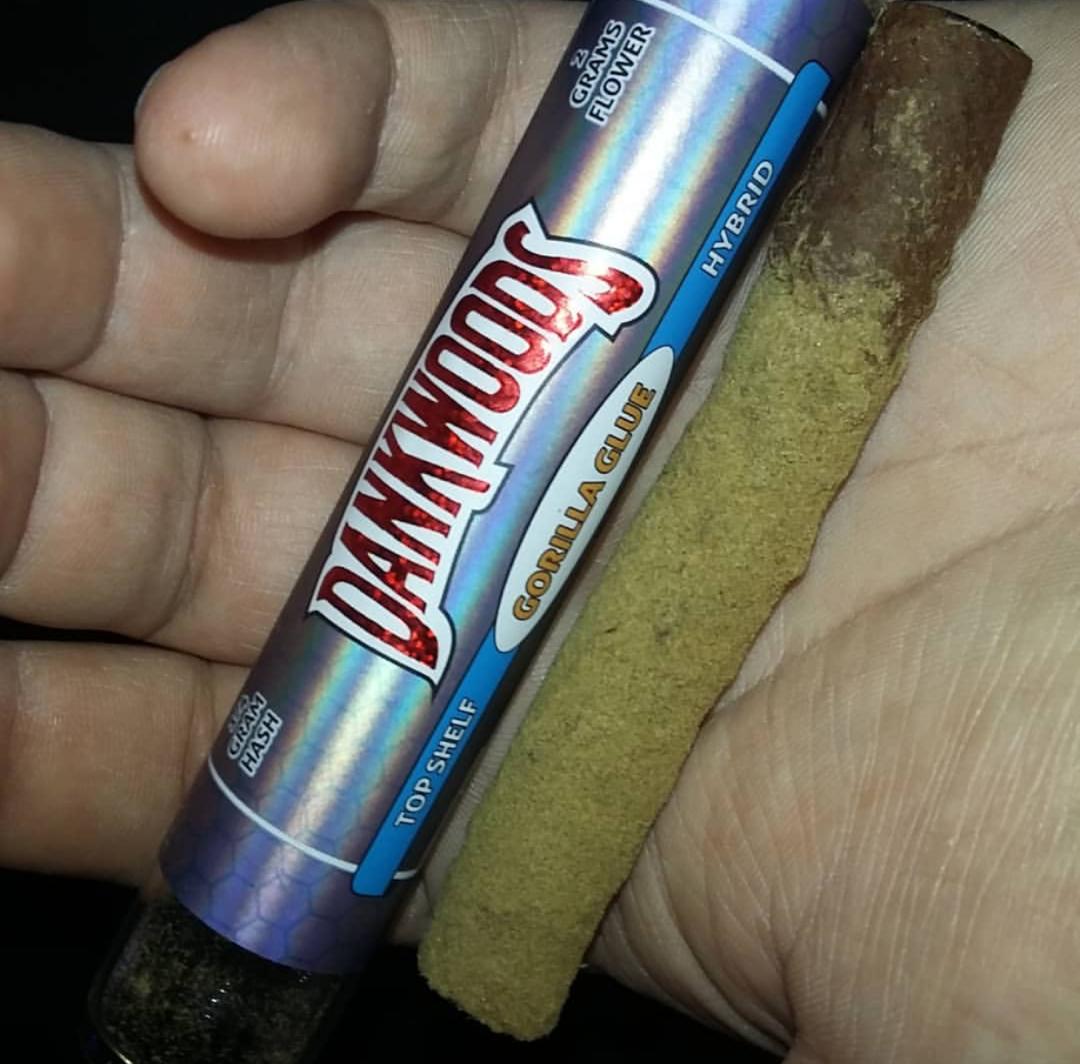 Should You Trust “Dankwoods”?

The short answer is no.

Despite the legitimate look of the brand’s website or the 60,000 followers they’ve gained on Instagram, “Dankwoods” is an entirely illegal operation.

You simply cannot sell products that combine tobacco and cannabis in the US (at least for now), so by extension, the products being created by “Dankwoods” are illicit. That means no mandated testing, no scrutiny from government bodies, media, or industry peers, and no transparency in how they’re produced or distributed.

They claim to grow all their weed in Los Angeles, but what reason is there to believe them? Furthermore, given the potential for said cannabis to be tainted with harmful pesticides and herbicides, choosing a “Dankwoods” appears to favor risk over reward. This was also the case for “Dabwoods,” an illicit brand of THC vape cartridges that was implicated in last year’s spate of vape-related lung illness cases.

Even if you live somewhere where legal options are not yet in play, “Dankwoods” is a poor substitute for rolling your own with flower you can trust. Unless the law changes, the cannabis industry will need to eradicate operations like “Dankwoods” — work you can assist by choosing to spend your money elsewhere, like at a licensed dispensary.