All photos courtesy of Getty Images for Ignite

“I heard the rent is $400,000 a month,” whispers a blazer-clad media exec riding behind me in the black Mercedes Sprinter van. “That’s over the top,” I respond as we turn another corner and pull up to Dan Bilzerian’s Bel-Air Mega Mansion. Sprawling across the side of a hill overlooking the cloudy LA skyline, the home resembles more of a futuristic, dystopian mini-mall than a private residence.

We’ve wound our way up the road to visit the infamous babe-loving, gun-toting, weight lifting, weed smoking internet celeb to celebrate the launch of his new cannabis brand dubbed Ignite. The crowded space of celebrity cannabis brands gets more crowded every day but maybe Bilzerian’s lightning rod persona can make it stand out? There’s also Ignite’s aesthetic and marketing approach that merges scantily clad babes with the graphic design sensibilities of a second tier energy drink. Needless to say, Ignite is steadfastly committed to being the biggest, brashest cannabis brand anyone has ever seen. For better or worse.

Fittingly, the Ignite/Bilzerian launch party mirrored this approach. The event was as notable as much for what it had (immense raw bar, giant plates of grilled meat, lingerie-clad ladies dancing on pedestals and live performances from Cardi B, Tyga, and Carnage) as what it did not (there was no Ignite cannabis product on site to sample or consume, keeping in line with California’s strict regulations… but a little disappointing, no less).

Overcoming the extreme stimulus, I got a few minutes to sit down and chat with Danny B. Contrary to any assumptions one might make based on his public image, Bilzerian was thoughtful, articulate, calm, and detailed. We talked weed, guns, “free speech,” and beyond — enjoy!

They can’t tell us how to act @iamcardib @ignite

MERRY JANE: Hey Dan, do you wanna tell me a bit about the road that lead you to cannabis?

Dan Bilzerian: Well, it’s a long road. I started smoking weed when I was 11, so 28 years now. That’s a long time. God that makes me feel old. But anyways, I’ve been smoking all my life and when I heard it was going to be legal in Nevada that kind of a switch flipped in my head and I was like, “Wow this is a real opportunity.” Once more states start allowing this to be fully legal and not just medical, I think it’s just gonna continue going in that direction. It’s proved to do that; it’s doesn’t go the other way. A state doesn’t go rec and then go back to medical and then say, “Oh this didn’t work, we’re having big problems with weed…” because there’s just not really big problems to have with weed. So if you can be first to market in an industry and create a brand and be one of the first brands and do it right, then I think the sky’s the limit. I couldn’t think of a better industry to do it in than cannabis. 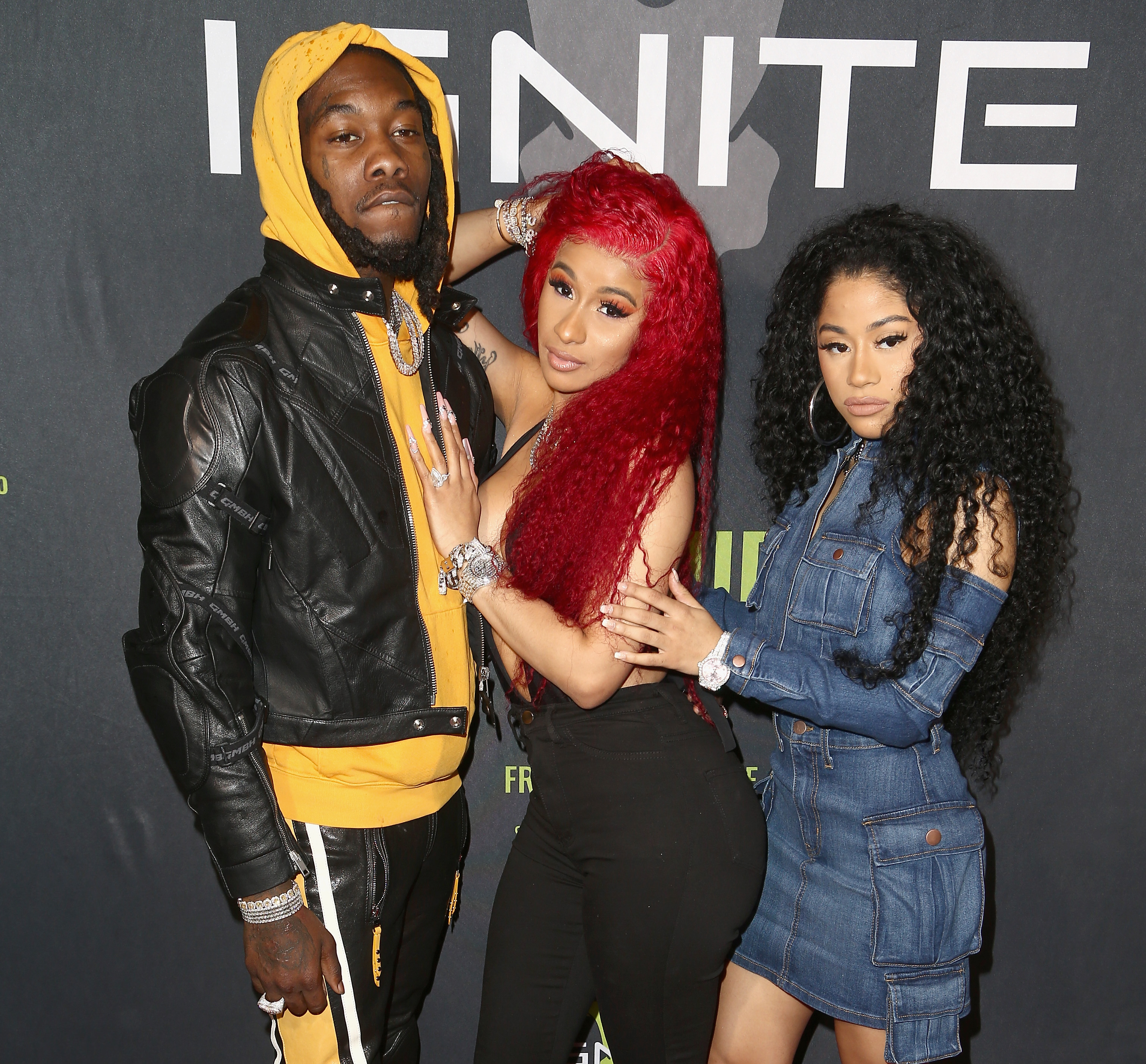 Absolutely. So if you had to talk about your brand pillars what you feel like you’re bringing to the conversation with Ignite, how would you describe your unique value proposition to the market?

That were just not gonna cut corners. I’m gonna spend whatever I have to spend to do it right. It’s taken longer than I wanted it to, but it’s important for me that we have the best products on the shelves and do it correctly, rather than be racing into it super fast. The only thing that can kill our brand is producing shitty products or putting shitty products out there, so long as we don’t do that I think we’re just gonna win. 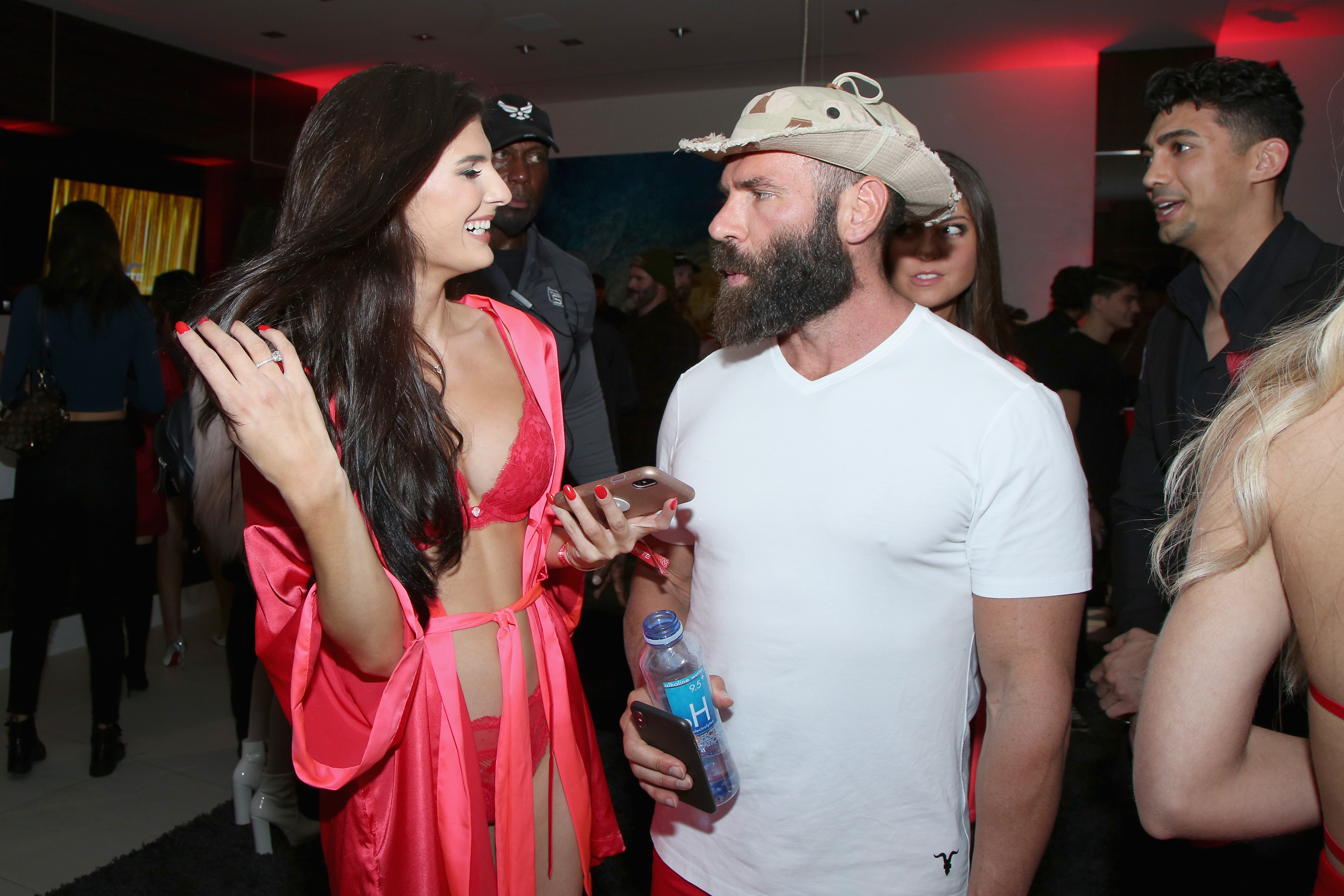 In terms of making sure a product isn’t shitty, how hands-on are you with the process itself?

I’ve tried every single product we have, and I try almost every single product we are R&D-ing. But here’s the thing — it’s not just about what I like. I do this just because I want to know what I’m putting out on the shelves, and I want to know how it affects me. Plus, I know every person is different, and there’s at least 200 different cannabinoids, so everyone’s body is going to act differently.

For me, if I smoke a heavy indica, I kind of get a little anxiety. But when my buddy Berner smokes a sativa, he gets anxiety. So you know everybody reacts differently, and you have to figure out what works for you. Unfortunately, there’s a lot of people that don’t have a lot of information in the industry, and they’ll try an edible and maybe they’ll do 10 milligrams and it’ll hit them after 20 minutes and they’ll take another 10mg and another 10mg, and now they’re on Pluto and they’re like, “I never want to fucking do this again, this is horrible, what idiot would want to do this?”

I think education is important and I think it’s important that you figure out not only the way you like to consume but the types of cannabinoids you like to consume. You know the way the industry is going, at least in Nevada, is that they give you the full terpene profile, so you can kind of figure out what you like. So if you have anxiety there are different strains that are better for that. If you want to sleep, there are different strains for that. I think the common misconception is that weed is just weed and that these effects can all just be lumped together. I’ve smoked weed that’s made me feel like I’ve had a cup of coffee and I’ve had weed that’s made me feel like I couldn’t get up off my couch. So I think figuring out what works best for you is important and education within the industry has to be paramount. 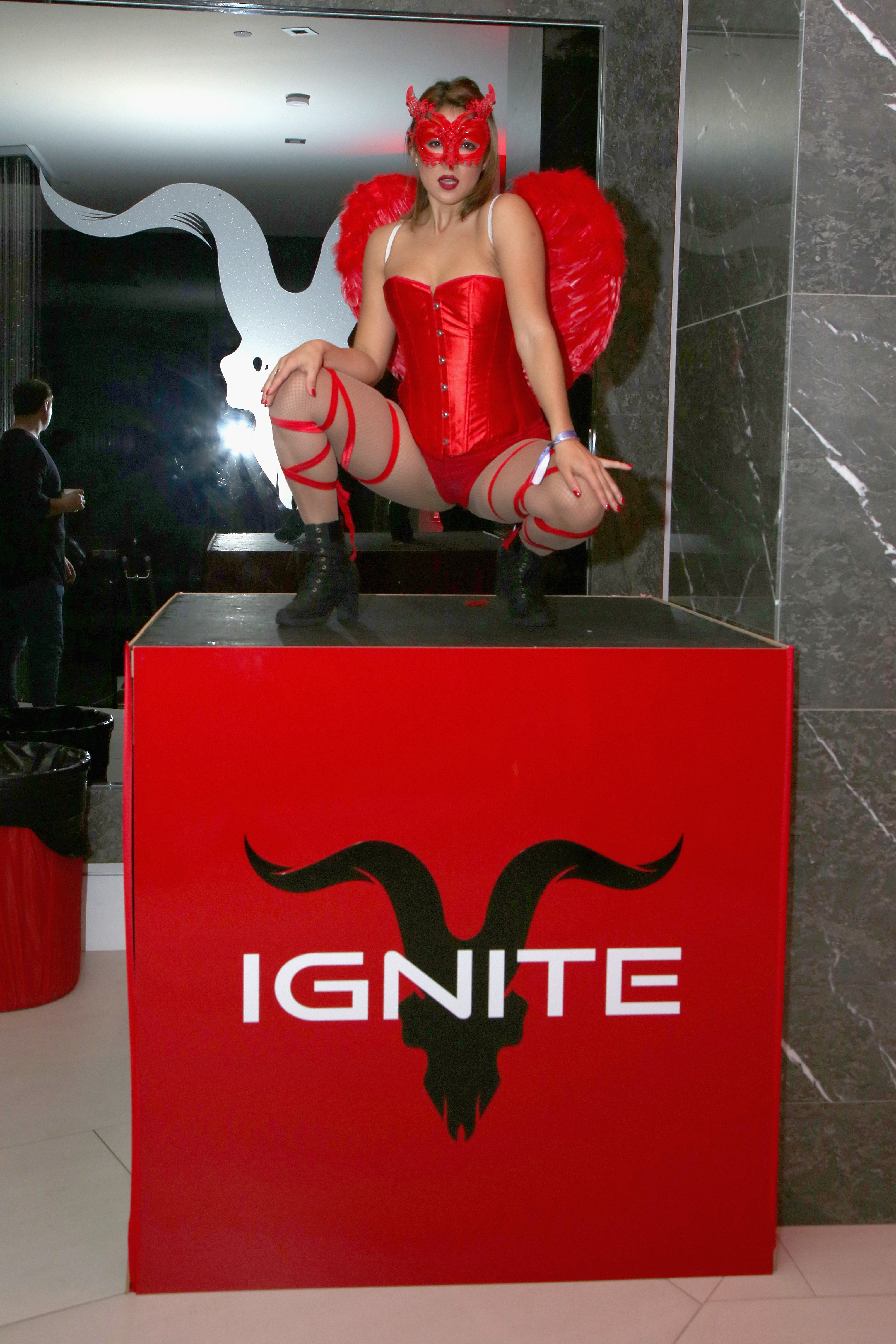 As someone who is interested in health and bodybuilding, what kind of role does cannabis play in your own wellness regimen?

Well, I would say that I’ve been over-consuming lately. I wouldn’t recommend someone smoke as much as I do. I think everything in excess usually has negative effects, and I’m kind of an extremist. I’ve really pushed the limit where I’ve been dabbing all day for extended periods of time, and I still smoke weed almost every single day. I took an almost four-day hiatus and it felt like a fucking eternity.

Anyways, for me, I like to smoke sativas when I work out. I don’t really like to have sex unless I’m high. That may not be a great thing, but for me you feel more sensitivity and it’s a better experience. I like to watch movies high, but I try not to smoke until I’ve gotten all my work accomplished, cause one thing that I’ve noticed is that smoking weed does make me dumber — whatever maybe I’m pissing some people off [by saying that] but I dont give a fuck.

I was playing a bunch of different chess matches on this app, and the next day I woke and I looked at the games I was playing and I looked at the moves I did. I backed up and I was like, “How the fuck did I get in this situation?” And I just realized that [smoking] definitely impaired my ability to go through a certain number of iterations and moves and stuff like that. So I wouldn’t recommend weed for people that are trying to do school work or anything like that. I mean creatively maybe…

So yes for sex, no for chess.

Yeah, no for chess… absolutely no for fucking chess. 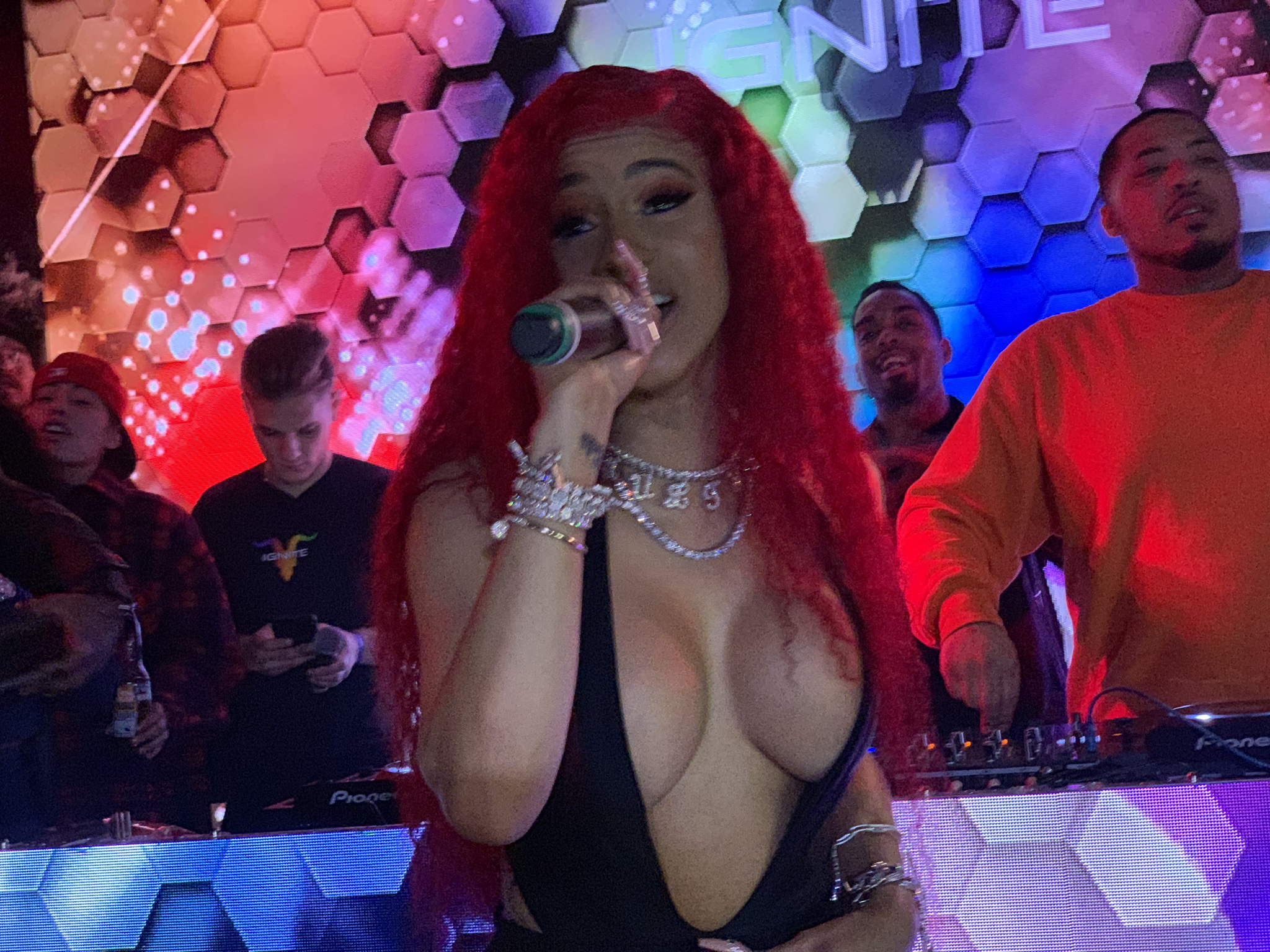 Got it. So staying in the realm of things that you’re personally connected to, right now it’s hard for licensed gun owners to get medical marijuana cards. What are your feelings about that?

You really wanna open up a can of worms on that one huh? You know I have really strong feelings about that. I actually got issued a letter saying that I wasn’t allowed to own guns for a year now cause I am addicted to drugs. They sent me that, and then they went through all my Instagram photos and picked out all the stories where I was consuming. It was just crazy to me. 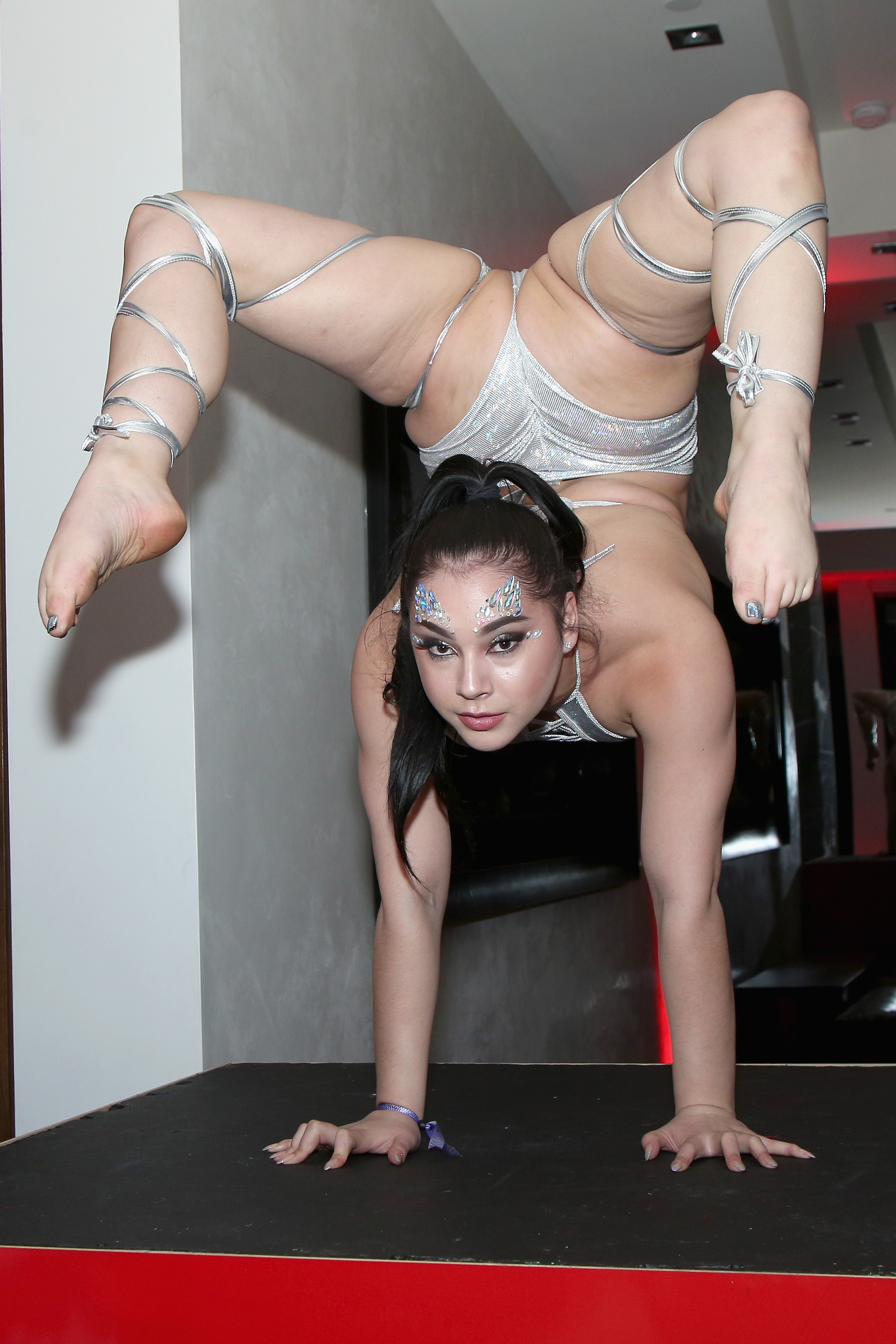 Who sent this letter to you?

The Las Vegas Police Department. So you know we’re fighting that and whatever, but I had to basically give up all my guns and lock them. I do not have access to my weapons right now, which is pretty brutal to me cause I’m a fucking veteran and I was a cop for four years. I served my country for over eight years between the military and the police department, so who are they to tell me that I can’t own a fucking gun? To me, when you’re drunk, you’re gonna make a lot worse decisions with a firearms than when you’re high. There’s guys that drink every fucking day and you don’t take their guns away from them. So that, to me, is really one of the hot buttons and that really really pisses me off. 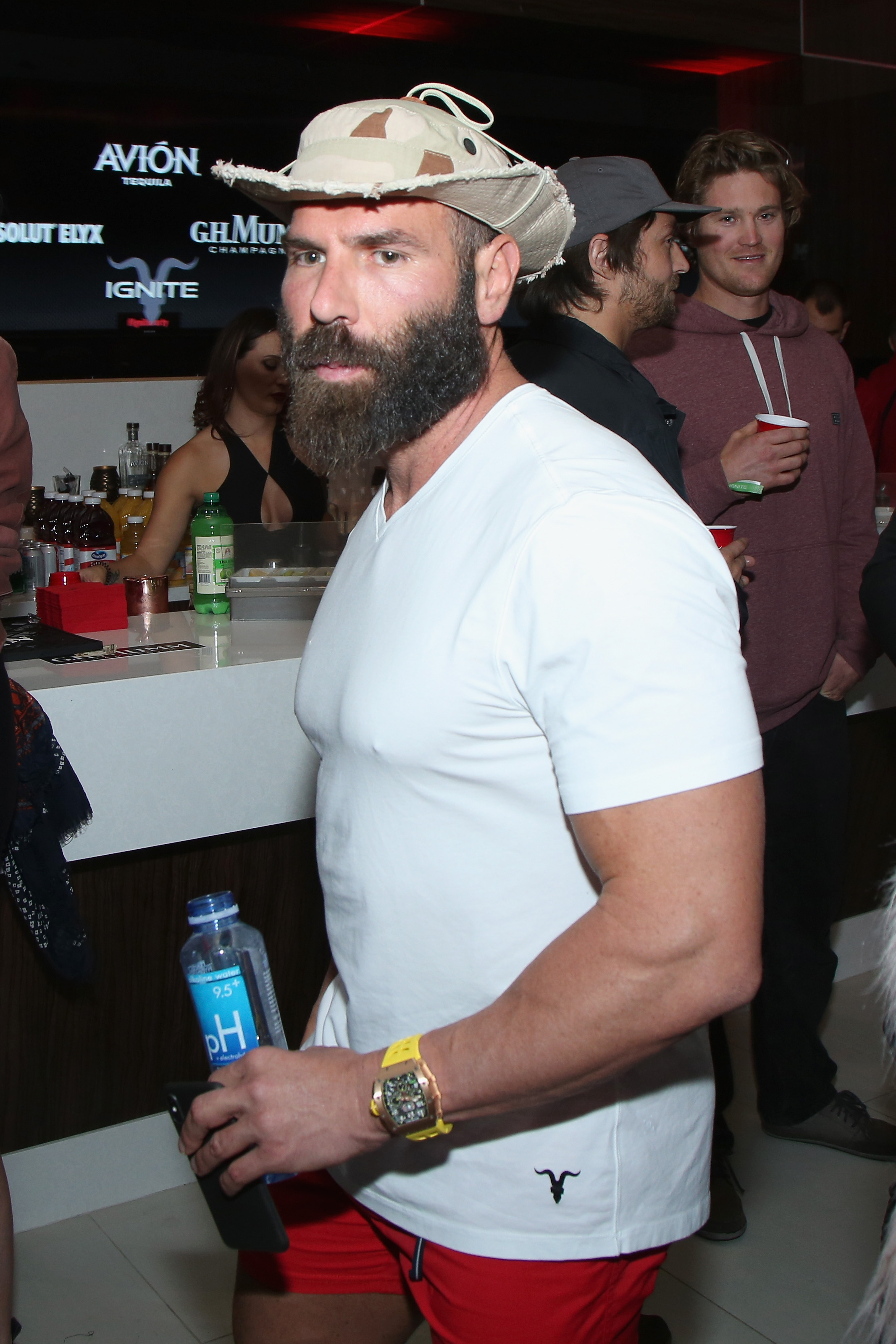 So one last question, what’s your attitude towards people that have looked at your marketing approach with Ignite and called it sexist?

Fuck off — that’s my response [laughs]. Look, our ads are no different than Calvin Klein; no different than Guess. Tom Ford’s got a cologne ad where the bottle is in front of the model’s vagina and there’s a cologne bottle between her tits, and nobody cares about that. There’s been ads in Vogue that look like a whole orgy and it doesn’t mean shit to them. So it’s really people that are looking to whine and complain. In this culture nowadays, everybody wants a cause. They want something to whine about and they want some bandwagon to jump on. So I don’t know man… those people can kiss my ass. I could care less.

For more on Ignite, visit the company’s website here