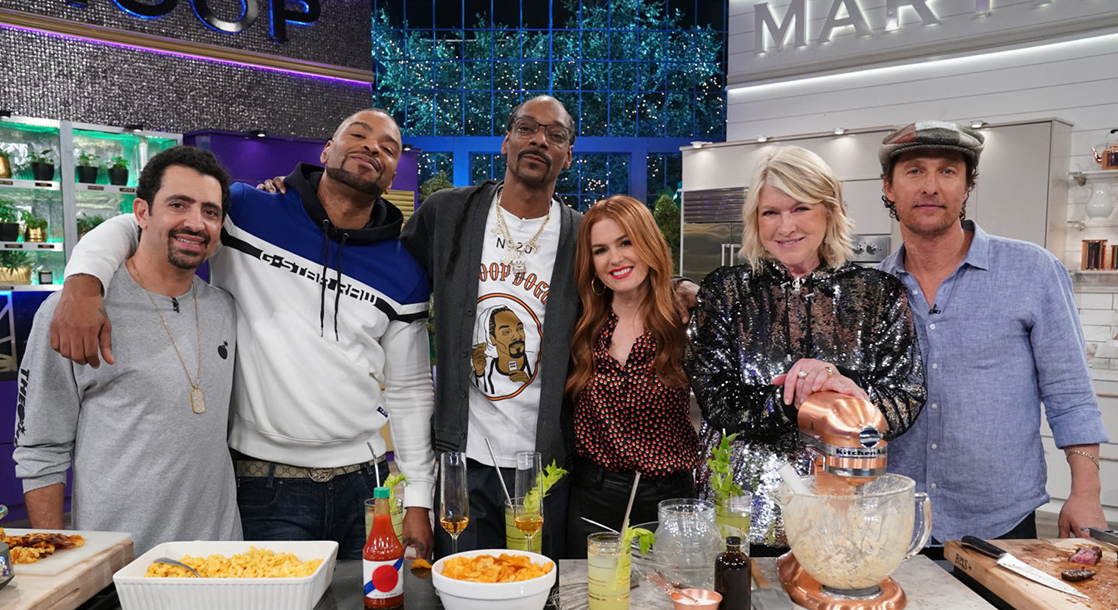 Last night, Snoop & Martha’s Potluck Party Challenge had its season premiere on VH1, with the show’s hosts and guests sharing some rather candid hanky-panky tales.

The icebreaker asked if any of them were “part of the Mile High Club,” a euphemism not for getting toasted in the Rocky Mountains, but for having — ahem — intimate relations on an airplane. Surprisingly, McConaughey, who recently got lit alongside Snoop in the canna-comedy film The Beach Bum, was the only one who said yes.

Later in the segment, the crew was asked about their most embarrassing sex stories. Stewart coyly responded, “Remember that movie where the girl looks at her watch?” Oh, snap, Martha.

Method Man also bared it all when the guests were asked about who they were “stalking” on social media. After the question got “puff-puff-passed” to the Wu-Tang Clan member, he gave a shout-out to actress Halle Berry without hesitation.

The episode continued with McConaughey and Method Man facing-off against Snoop and Martha in a friendly kitchen battle to see which duo could whip up the best 420 munchies. Fisher judged the dishes for flavor, presentation, and originality.

Which celebrity toker team won the coveted Potluck Party Platter Prize? We don’t want to ruin the surprise, so your eyes will have to feast on the full episode to find out.

Prior to the battle royale season’s premiere, VH1 dropped two teaser trailers for the show. The first showed Snoop and Martha flying high a la The Titanic while getting their fry-on in the kitchen. The second trailer unveiled Martha’s gangsta method for mixing a martini. Check that one out below.

The next episode of Potluck Party Challenge airs Wednesday, April 10 at 10 p.m. EST/PST on VH1.