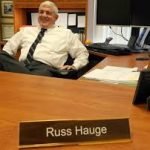 Washington’s weed regulator is in hot water after a bipartisan group of ten state lawmakers said in a letter to Gov. Jay Inslee that the agency has a “toxic culture” and called on the governor to rescind his nomination of Russ Hauge, one of the agency’s board members. The lawmakers claimed in the letter that Hauge was “either ignorant of the facts, or purposely did not tell the truth” at a legislative committee hearing this month.

The ten state lawmakers signed the letter to the governor dated Feb. 13, two weeks after Hauge testified at the House of Representative’s Commerce & Gaming Committee over a new bill that would change how the Liquor and Cannabis Board (LCB) punishes pot businesses when they violate the agency’s rules. The cannabis industry has complained for years that the LCB is too heavy-handed in how they enforce their rules, often penalizing business owners or even cancelling their licenses for infractions that would be minor in any other industry. The proposed law would change that and make it easier for licensees to correct mistakes before they get penalized.

The Jan. 28 meeting turned tense at moments, with lawmakers asking Hauge to change his tone to be less combative. And in their letter to the governor, the lawmakers say Hauge is representative of a larger cultural problem at the agency.

“We are united in our belief that you must hold the leaders at the top of the LCB accountable. Rejection of the toxic culture at LCB should start with not reappointing Mr. Hauge,” the lawmakers wrote in the letter.

Hauge, a former prosecuting attorney for Kitsap County, was appointed to the LCB Board by Gov. Jay Inslee in 2015. Inslee nominated Hauge again this year but his nomination now appears to be on hold. Last month, we broke the news that the state Senate was moving to privately confirm Hauge’s nomination. The Senate does not appear to have moved forward with the nomination since we ran our story.