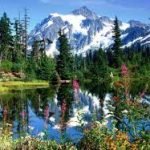 Here are the main players