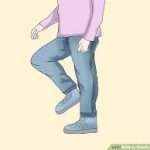 The Washington state Senate has successfully passed legislation that, if signed into law, would vacate tens of thousands of prior cannabis convictions, according to an Inlander report.

The state Senate voted 29-19 in favor of the bill, which was introduced by state Sen. Joe Nguyen (D-White Center).

Despite widespread optimism in the cannabis community that the time for home grows in Washington had finally come, the two home grow companion bills in the state’s House and Senate have failed to advance past key legislative deadlines.

HB 1131 and SB 5155, both bi-partisan bills, would have allowed Washingtonians over the age of 21 to grow up to six cannabis plants at their private residence. The bills died after a last-ditch effort by state Sen. Maureen Walsh (R-Walla Walla) to insert the language of the home grow bill into other cannabis proposals on the Senate floor.