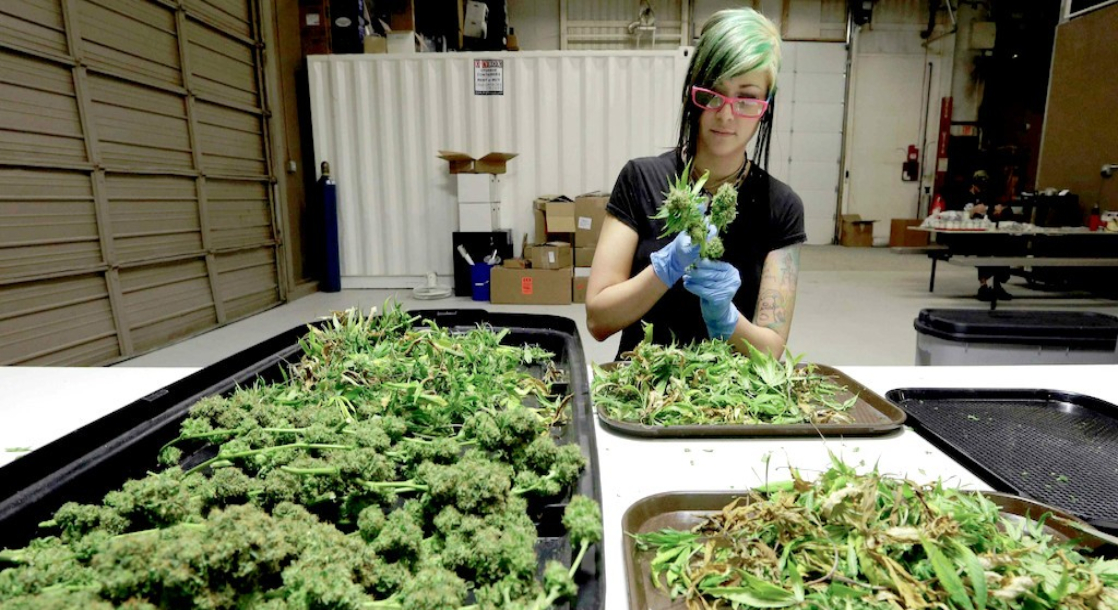 If you were making a list of the most weed-friendly parts of the US, the Bible Belt would probably not be at the top. But, more and more cannabis entrepreneurs are thinking about relocating to Oklahoma, where low licensing costs and relaxed regulations have allowed local medical marijuana markets to thrive.

Unlike some adult-use states — like Maine, which is still struggling to open legal weed shops four years after legalization — Oklahoma’s medical cannabis industry is on the fast track to success. Oklahoma voters legalized the country’s most progressive medical marijuana law in 2018, allowing any doctor to recommend medical cannabis to treat literally any condition. State officials attempted to impose serious restrictions on this program, but eventually backed down and respected voters’ wishes.

Not only is Oklahoma’s market rapidly growing, but the low cost of entry makes it easy for small businesses to participate in the industry. Anyone wishing to apply for a legal weed license can pay a $2,500 application fee, apply online, and receive approval within two weeks. The ease of this process made it possible for over 2,300 dispensaries to root in the state. Oklahoma now has the second-highest number of pot shops per-capita in the entire US, and at least one small town has even more pot shops per-capita than Denver.

In contrast, a California legal weed business must cough up a $1,000 application fee, a $5,000 surety bond, and an annual license fee that can cost anywhere from $2,500 to $96,000. The application process is also extremely slow, forcing most companies to pay their initial costs and then wait for approval before they can start turning a profit. California’s adult-use weed taxes can also be as high as 50 percent in some jurisdictions, making it extremely difficult for legal businesses to compete with cheap black market weed.

Oklahoma actually has one of the highest medical marijuana tax rates in the country, however — almost 16 percent. The state collected $54 million in legal weed tax revenue last year, which funds the state’s cannabis regulatory agency and contributes to the state’s general education fund, as well as drug and alcohol rehabilitation programs. But, despite the high taxes, the low costs of entry helps the state’s legal weed businesses turn a profit.

These low costs are also convincing some cannabis business owners to relocate to the Bible Belt. “Oklahoma is really allowing for normal people to get into the cannabis industry, as opposed to other places where you need $20 million up front,” said Jessica Baker, who recently relocated her legal weed business from California to Oregon, to the Associated Press.

“Some of these states are regulating cannabis like plutonium,” said Morgan Fox, spokesperson for the National Cannabis Industry Association, to the AP. “And the financial burdens that are placed on licensed businesses are so onerous, that not only is it very difficult to stay in business, but it’s also very difficult for the legal, state-regulated systems to compete with the illicit market.”

Unfortunately, Oklahoma’s chill medical marijuana regulations are unique amongst the Bible Belt. Nearby Arkansas has a very limited list of qualifying conditions, and also requires medical marijuana startups to pay a $100,000 surety bond. Due to these limitations, the state only made $40 million in sales in ten months — the same amount Oklahoma made last August alone.

Louisiana has also just recently kicked off legal medical pot sales after years of delays, but this program is also highly restricted. There are only 9 licensed dispensaries in the entire state, and smokable flower is entirely banned.