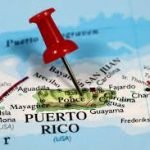 “Vireo continues to seek unique opportunities to drive our science-focused approach into larger markets. We are thrilled to expand into the Commonwealth of Puerto Rico, one of the largest pharmaceutical hubs in the world,” said Chief Executive Officer, Kyle Kingsley, M.D. “This expansion will give us access to the island’s deep pool of talented professionals, create a wide variety of jobs, and allow us to help many more patients.”

Vireo Health of Puerto Rico will be led by Christian Gonzalez, a native of the island with a degree in mechanical engineering from the University of Puerto Rico Mayagüez, who brings more than 15 years of experience in cannabis, medical device, pharmaceutical, and aerospace/defense manufacturing. Gonzalez currently serves as the general manager of Vireo Health of Pennsylvania, where he oversees the company’s state-of-the art cultivation and processing facility.

“It is an honor to lead Vireo’s efforts here in Puerto Rico,” said Mr. Gonzalez. “The island has faced many challenges since Hurricane Maria. I am humbled by the opportunity to return home and contribute to rebuilding the local economy.”

On July 9, 2017, Puerto Rico passed the MEDICINAL Act, which created the Medical Cannabis Regulatory Board and allowed for only medical use of cannabis. In Puerto Rico’s medical cannabis program there are 27 qualifying conditions for which an authorized physician can prescribe cannabis. There are currently 72,000 patients enrolled in the program and the Department of Health set a goal of adding 100,000 more new patients by the end of the year.