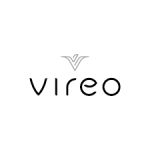 The appellate decision Monday rejected the ex-Vireo Health officers’ bid to have the charges tossed, clearing the way for a potential trial.

The two former officers of Vireo, which has New York dispensaries in White Plains and Johnson City, are accused of using the company’s armored vehicle to illegally transport medical cannabis oil from Minnesota to New York in December 2015.

The case is focused on whether state laws sufficiently addressed smuggling medical marijuana across state borders.

That unraveled a key argument for the defense attorney for one of the company’s ex-officers, Dr. Laura Bultman, who was chief medical officer at the time of the alleged smuggling.

Now the case appears headed to trial after months of waiting for the appellate decision. It could also head to the state’s Supreme Court, which is its highest court.

Assistant County Attorney Shane Simonds described the appellate decision as a thorough rebuke of the defense arguments, including that a medical marijuana company could transport drugs across state borders.

“All these regulations in Minnesota are saying here is where these substances and chemicals can go and it’s very limited…and bottom line is if it’s made in Minnesota, it stays in Minnesota,” he said.

Paul Engh, the attorney for Bultman, could not be reached immediately for comment. The next court date is a review hearing set for July 3, Minnesota court records show.

Read the full report and background to the case here