All photos courtesy of Greg Wooten

These are just a few of the more than 250 inventively-repurposed music industry images collected in the new book Marred for Life!: Defaced Record Covers From the Collection of Greg Wooten (out now via J + L Books).

Wooten is a renowned collector of what he deems “20th Century Decorative Arts.” At present, he co-owns The Window, a dope design store, and is a partner in BILLINGS Auction, both of which are based in Los Angeles. Before that, Wooten owned a vintage design gallery in New York, played bass for psychedelic rock legends Humble Pie in the ’90s, and, in early ’80s Cleveland, performed in a pre-Nine Inch Nails band with Trent Reznor.

Now Wooten’s focus is on Marred for Life! Just as the title indicates, Wooten and his record collector friends have been snatching up vandalized vintage LPs in cut-out bins for years, and now they’re sharing the funniest and freakiest ones with all with us in Marred for Life!

With or without a soundtrack of similarly-cracked musical accompaniment, Marred for Life! is a total trip. For anyone who ever rolled joints on an old LP sleeve and got inspired to funk up the layout with drawing materials — or even if that just sounds like high hilarity to you now — this book is a must.

While out doing field work, Greg Wooten took some time to talk to MERRY JANE about Marred for Life! As he told, us, “I am a collector/gatherer and love the archeological aspect of my work. I’m answering these questions after a 12-hour day in the soggy fields of Brimfield, Massachusetts, where I’m shopping all week at the largest antique show in America — always on the hunt!” 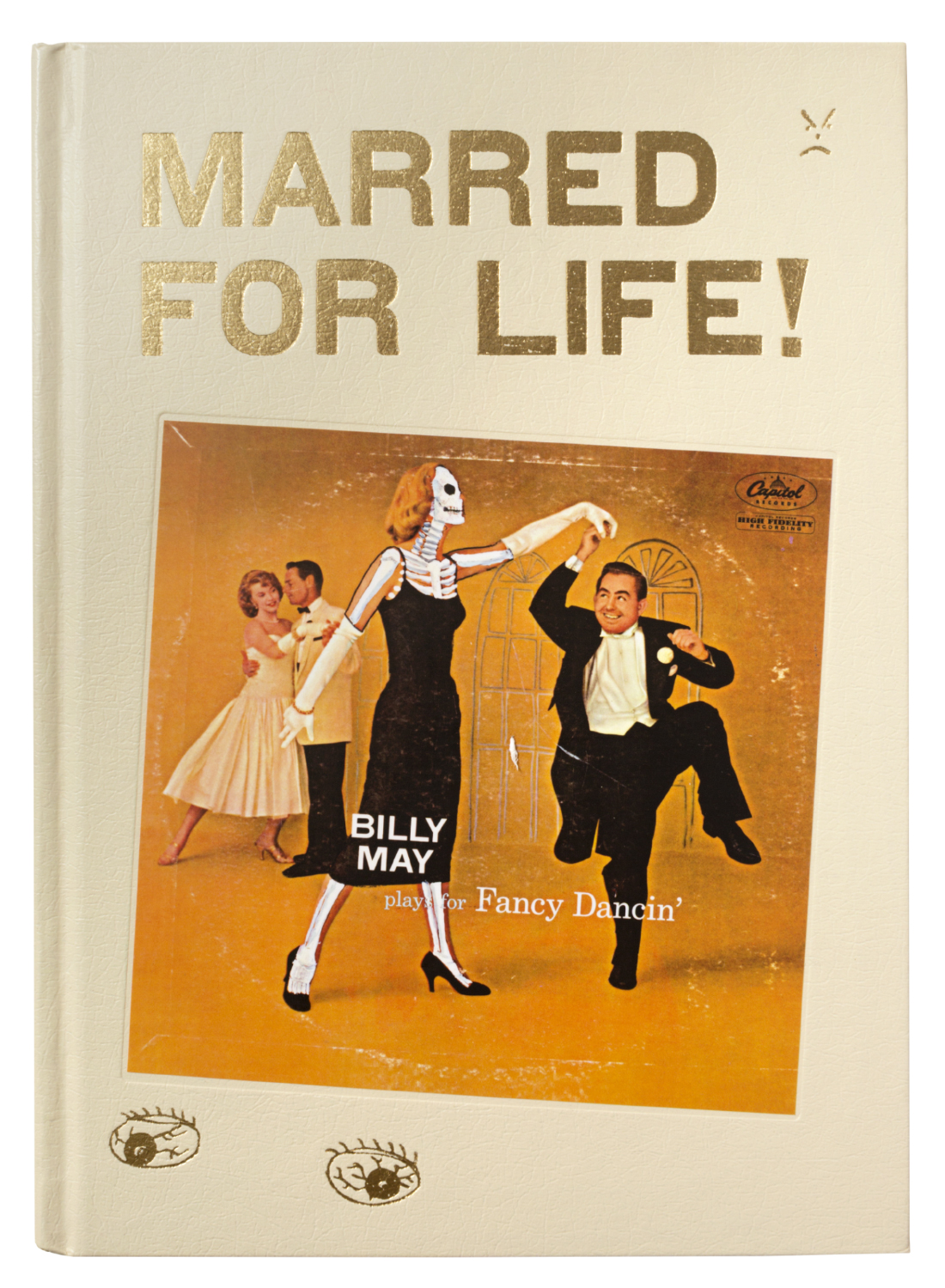 MERRY JANE: How did Marred for Life come to be in book form?

Greg Wooten: I discovered my first “defaced” LP cover at Amoeba Music in LA, approximately five years ago. It was a copy of Jefferson Airplane, Bark. Someone had meticulously hand-drawn pot leaves and rows of joints onto the brown bag sleeve the record came in. It was such a fun score; a stoner, folk-art relic buy some anonymous “artist” that I knew would always remain a mystery.

I figured there had to be more altered covers out in the world and I added that loosely-defined category to my radar when out doing the dig. Then they really started to appear, and I quickly realized there was a multitude of subcategories out in the sea of vinyl I was frequently trawling. 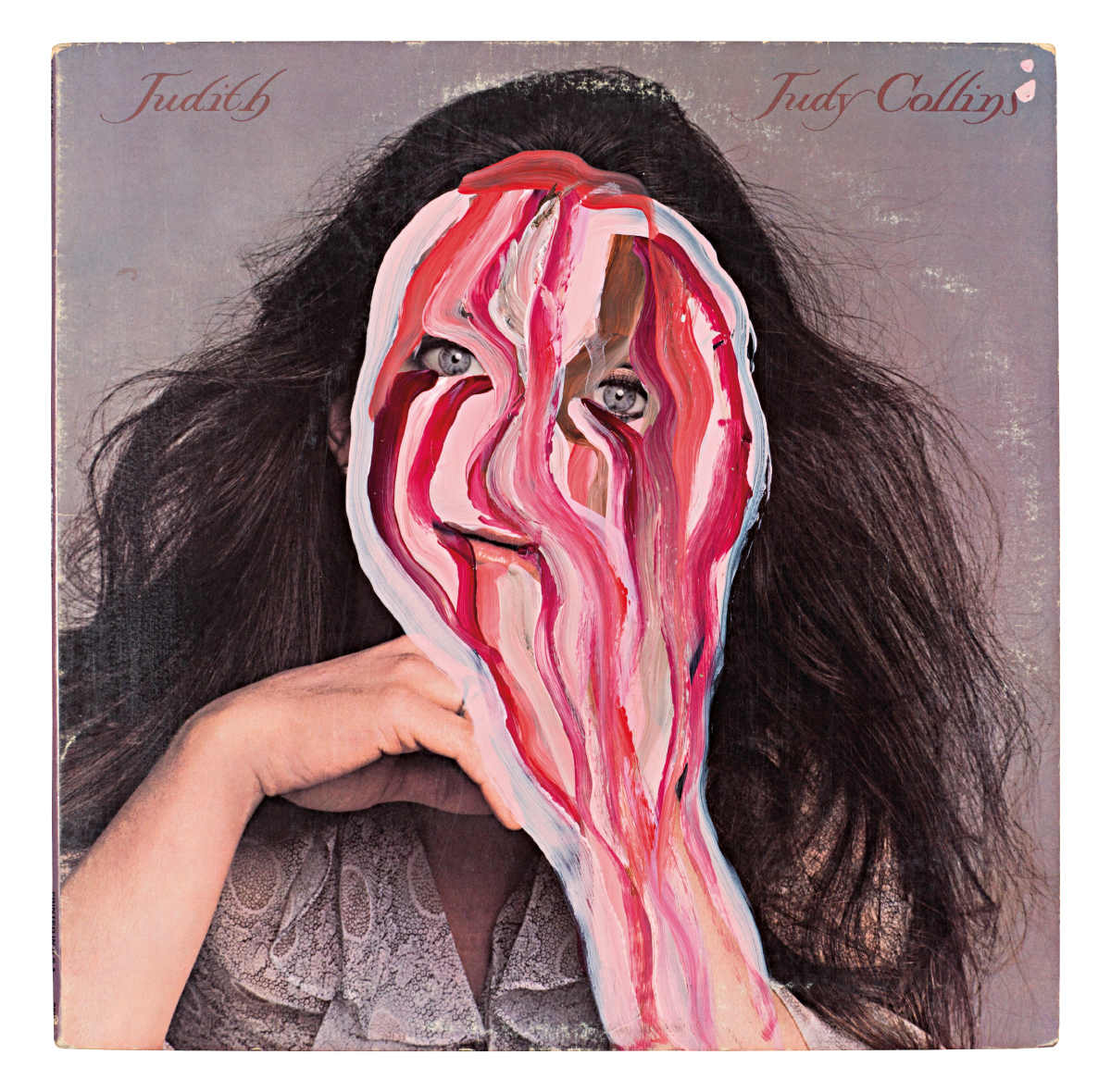 At some point, I knew it was substantial enough to share with the world. I wrote a brief synopsis of the project along with images of 20 covers I thought well represented the range of this collection. I decided to send it to an old pal from my NYC days, Jason Fulford — half of the publishing company, J + L Books — and someone who’s work and creative vision I’d always admired. I was thrilled when I could feel real enthusiasm in his response!

From there, we began to plan the outline of how to distill the collection into a J + L Book release. Jason flew out to LA, and enthusiastically suggested we shoot the whole collection, which at that point was just over 700 covers.

We had a grueling but fun day in a friend’s photo studio, with Jason literally shooting them all himself. After that step, Jason printed out small scale, working images and began his process of editing, creating a flow, and building a narrative from the collection.

This is where Jason’s brilliance really revealed itself — his ability to create something special from this body of work blew my mind. He masterfully assembled the covers in a way that I think revealed the collective humor and specialness of the collection in a smart and enjoyable way. Marred for Life! was born!

Did you deface albums yourself as a kid?

I still have a lot of my original LPs and they’re unadorned. I think I loved the music so much, and the time I spent looking at the gatefolds, reading the lyrics on the inner sleeves, I treated them with high respect. Records were sort of sacred objects to me, and I didn’t want to fuck with them. 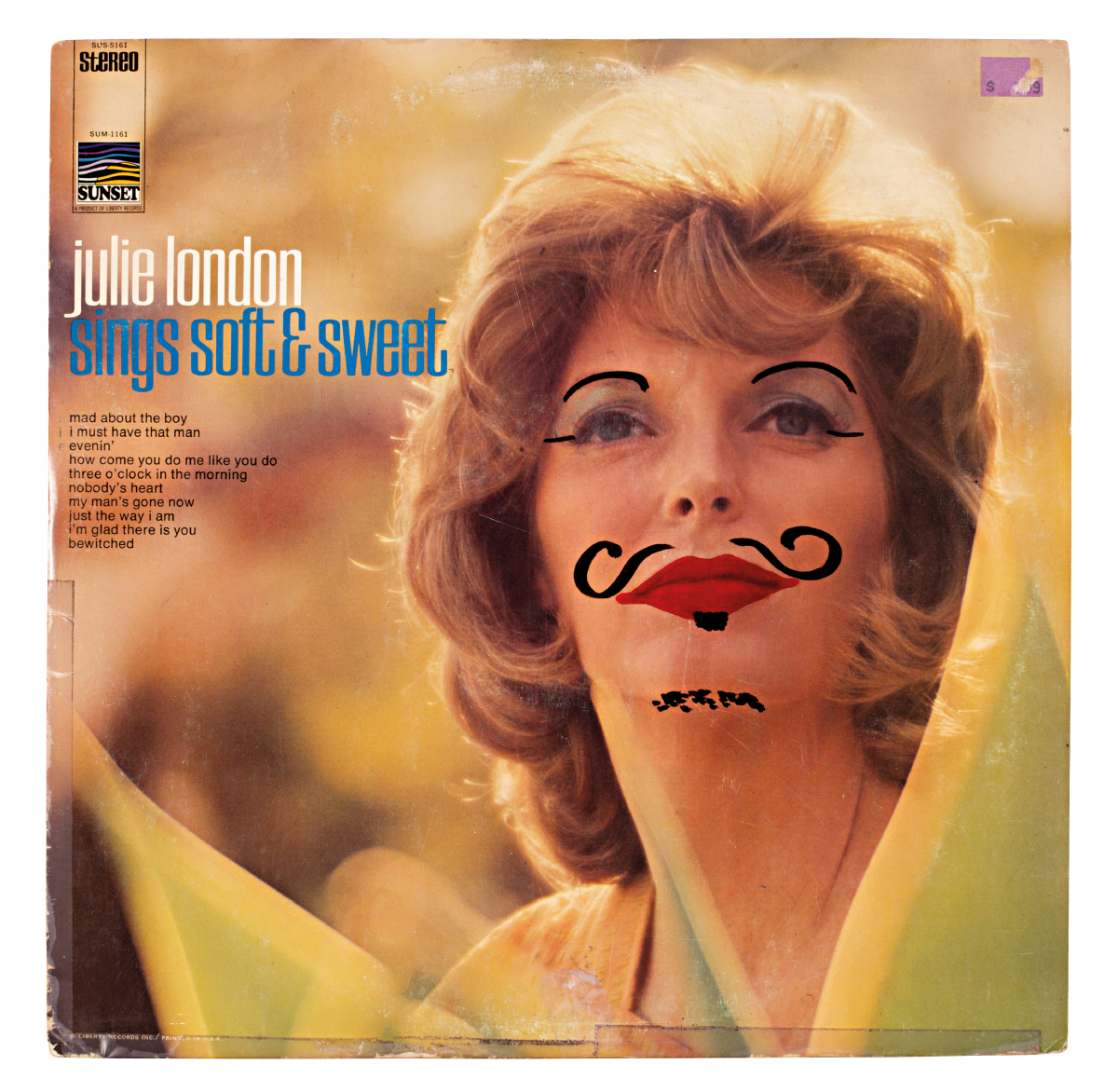 What was it like when you sensed that defaced album covers could be an entire collection unto itself?

It was a conscious decision to seek them out, and, seriously, it almost seemed like they started to find me! Also, once the word spread in the vinyl collection community — where I have many good friends — other people starting finding and holding them for me. I became “The Defaced Guy!” Between my own digging and the snowballing communal effort, the collection started growing exponentially.

How did you and the other defaced collectors find one another?

Actually, there aren’t that many true collectors of defaced LPs. Lots of dealers/collectors/diggers are aware of the concept and might have squirreled away a few cool ones over the years — many of which have made their way to my big defaced family! It’s only been a few people that had more than a handful.

In no way am I purporting to have invented the idea, but I do think I took it to a level beyond what’s been seen before — and even though part of the collection is published in Marred, it’s now growing faster than ever! I spend a lot of time making the rounds at record stores and shows and the awesome community of vinyl freaks just keep the defaced love coming! 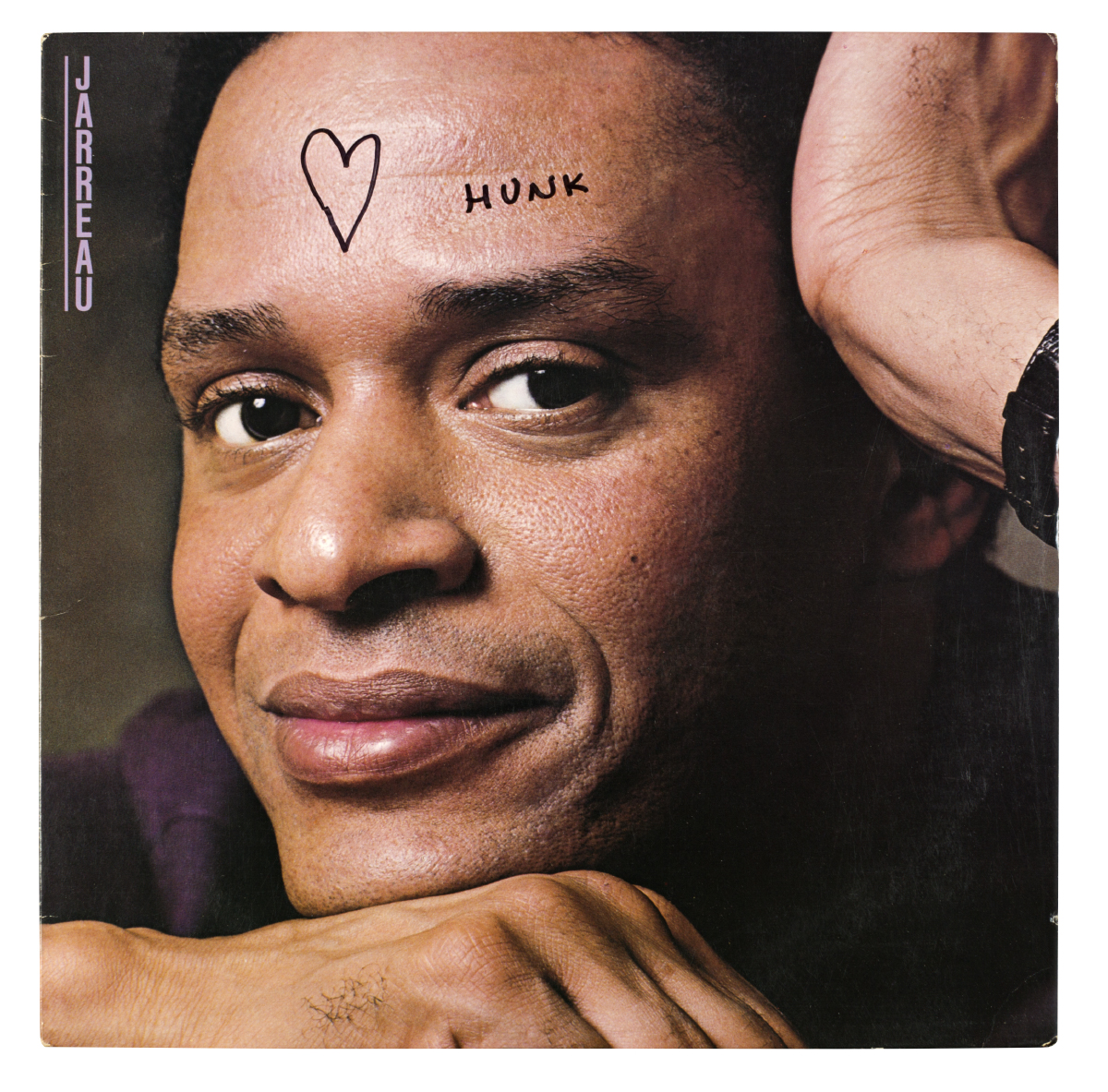 The book contains more than 250 album covers. Are there any standouts that didn’t make the cut?

There are undoubtedly some great ones that didn’t make it in, though Jason was really awesome in considering any covers that I loved, that may have been excluded from the “final” draft. We did a few switcheroos in the final hour.

In the end, the flow and narrative was the most important thing — the groupings and transitions that made the book fun to experience was bigger than any single cover. But most of the power is in there.

What are the most common themes among album cover defacings?

There are so many subcategories but I’d have to say that adding facial hair and messing with teeth are probably the most common. Just plain disrespectful defacing for fun.

What trope was more prevalent than you would have imagined? 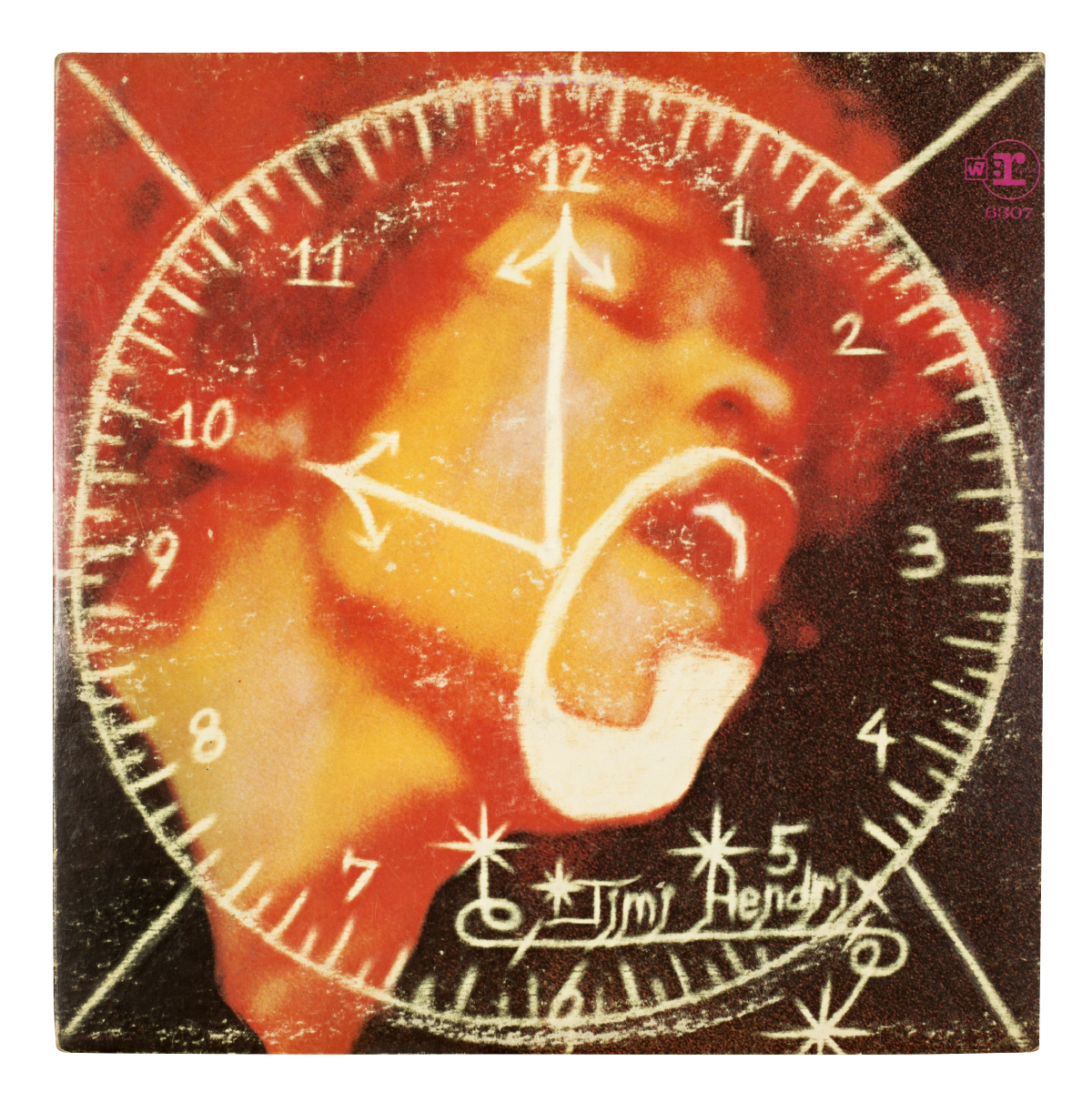 Have you found any truly shocking defacings?

Sadly, there are some really dark ones — covers that have horribly sexist, homophobic, racist, and anti-Semitic ideas and imagery. I don’t want to focus on those because the energy is so badm but in an anthropological way, I think it’s important that I keep them in the collection.

What else do you collect? Can we expect books based on those collections?

I also collect non-defaced records, primarily rare avant-garde jazz and experimental music. That’s a special collection to me, as it contains all of the compressed creative energy of so many wonderful artists.

Also, being a buyer for a design store allows me to always be building collections, and I find that very satisfying.

I have no other books planned, as of now. Though, the ever-growing defaced collection often whispers “Volume 2” in my ear! 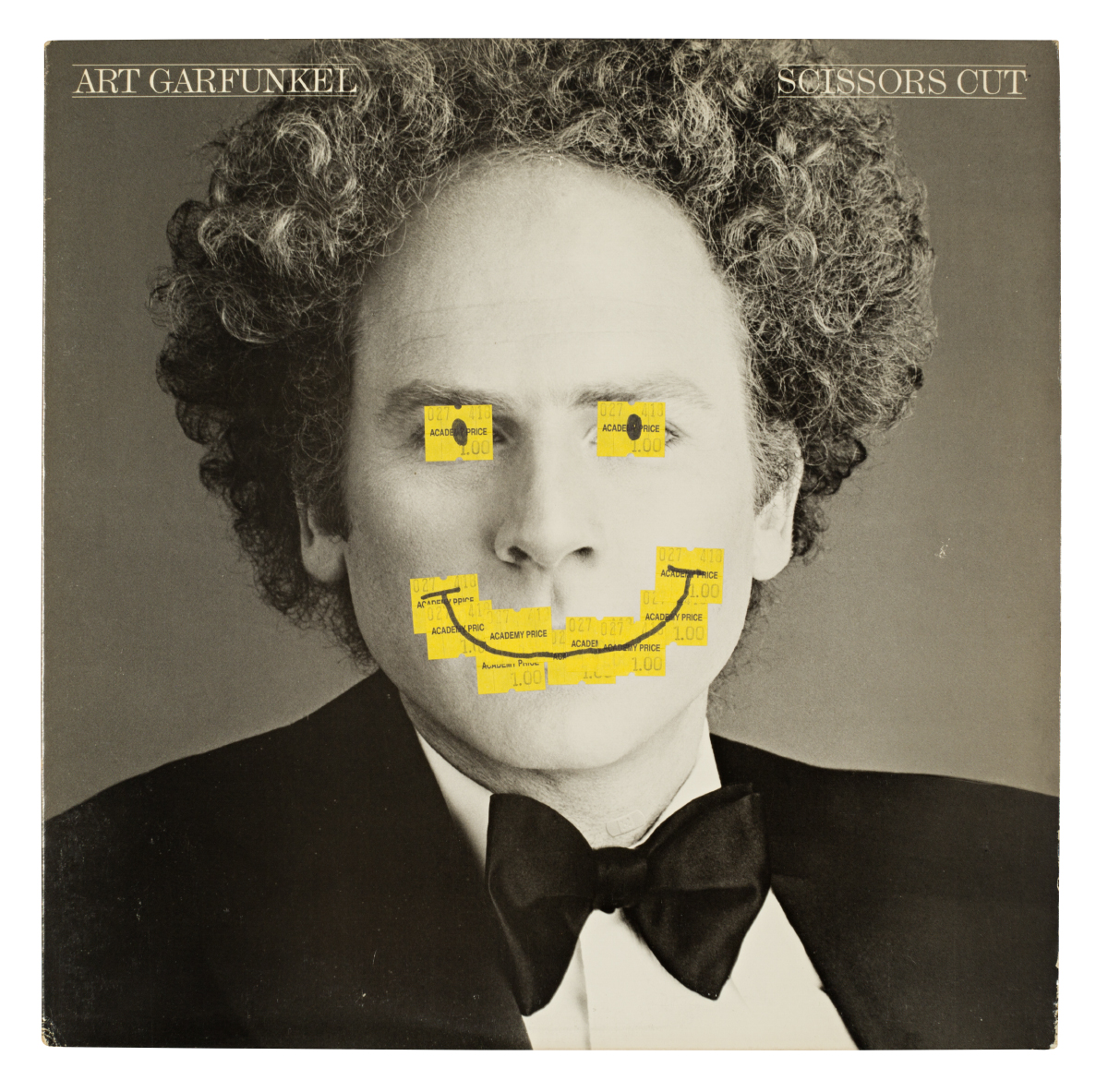 What’s next for you?

More of the same — looking for things of beauty for work and pleasure becomes a lifestyle. I love knowing that wherever I go in the world, there’s likely a flea market and likely a score just down the row! Looking forward to hopefully going to Japan later this year with Marred for Life! I love the fleas in Japan!

“Marred for Life!” is availabe now, order your copy here