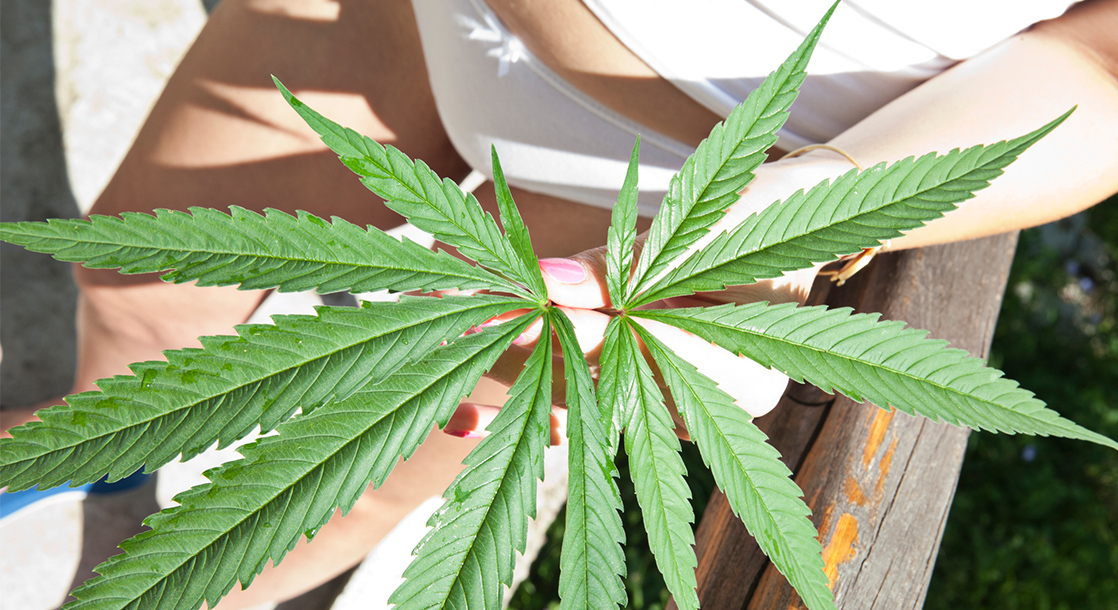 Can cannabis do for women what Viagra does for men? One Massachusetts-based biotech company thinks so, and it’s currently developing an aphrodisiac made from weed to help women get in “the mood.”

To create the new sexual enhancer, Manna Molecular Science teamed up with Dr. Harin Padma-Nathan, a urologist who specializes in sexual dysfunction. Padma-Nathan oversaw the clinical trials for Viagra and Cialis, two blockbuster drugs that can cure erectile dysfunction in men.

Despite males enjoying multiple pharmaceutical options for getting hard, women can access only one FDA-approved drug for hypoactive sexual desire disorder, or a chronically low sex-drive.

Research suggests cannabis is effective for treating a variety of ailments such as nausea, seizure disorders, pain, inflammation, cancer, AIDS, and insomnia. Although the research into cannabis and sex remains relatively new, the evidence indicates that weed not only stimulates arousal in women, but it also increases the frequency and intensity of their orgasms. A recent study published this month in Sexual Medicine found that cannabis can reduce the pain that often accompanies sexual activity, too.

According to Civilized, Manna’s CEO, Nial DeMena, got the idea for the cannabis-infused sex gel from his female customers. They said applying the company’s weed patches to their pelvic areas vastly improved their sex lives. But to perfect a product designed specifically for the bedroom, Manna still needs to tweak its formula.

“The evidence is that in lower doses, cannabis enhances sexual function,” Padma-Nathan told the Globe, “and at extremely high doses, it may have a detrimental effect.”

Those “detrimental effects” can include an increased willingness to engage in risky behavior, as well as vaginal dryness.

Manna plans to market the gel for “sexual enhancement” rather than getting it FDA approved as a tried-and-true pharmaceutical. It won’t be the only company making cannabis products for facilitating hanky-panky, either. In recent years, Washington state’s Tarukino LLC launched Velvet Swing, a THC-infused water-based lube designed to increase blood flow to the vagina. And there’s CannMojo, which sells a weed pill intended for male sexual enhancement.

As for cannabis-infused condoms, rubbers containing THC don’t exist. There are, however, weed-flavored condoms for men, because nothing spells sexy like skunk-scented junk.