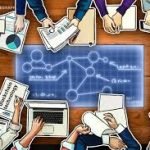 The five-year deal, announced Monday by Vermont’s Agency of Agriculture, Food and Markets (VAAFM), is a production-ready solution for every level of the hemp trade, said Trace CEO Josh Decatur. Beginning in March, farmers and processors will begin putting all associated crop data into the Trace system, which runs on ethereum.

It is one of the first times a state regulatory agency has decided to run with the ethereum mainnet, Decatur told CoinDesk in a phone call. The two-year-old company, based in Vermont’s capital Montpelier, has built an app users can share details through, and gas fees for conducting transactions are passed onto the users – in this case, the state government.

Vermont’s regulators said this is the first full-scale government registration and licensing system that pairs blockchain with the nascent hemp industry. Hemp was legalized nationally in the 2018 Farm Bill, but Vermont’s program runs under the 2014 edition.

A cannabis strain used in the textiles industry, hemp represents a small but growing slice of Vermont’s agriculture sector. The Green Mountain State had just 1,000 registered hemp farmers in 2019 with nearly 9,000 acres of farmland, as well as 300 processors, according Stephanie Smith, VAAFM’s Hemp Program manager.

The mini-boom foreshadowed VAAFM’s call for a hemp registration system. Trace, whose CEO has roots in the Northern California grow scene, beat out the competition. Being based in Vermont didn’t hurt either.

“We spent the last couple of years finding innovative ways to hone a product that could meet the tracking and data requirements of a state agency,” Decatur said.

His Vermont-based team had been building “seed-to-shelf” tools for other sectors of the cannabis supply chain, such as cannabidiol (CBD) products. The company built patented software, an app and a web portal to document where, when and to whom a plant and its derivative products move.

Trace’s solution relies on the ethereum network. At 15 transactions per second, the network is hardly a salve for industrial users moving massive amounts of data. But that doesn’t matter for the low-frequency hemp lot farmers who, Decatur said, only send three to four transactions per year.

“The use case that we’ve applied the tech to fits into the performance restrictions of ethereum,” he said.

Trace’s registration system should be live by the end of March, according to Smith, in time for the start of the outdoor growing season in June.