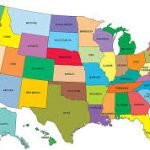 STATE HOUSE, BOSTON, JUNE 6, 2019 (State House News Service) –Gov. Charlie Baker and 11 of his counterparts from other states are asking Congress to pass legislation that would put the power to regulate marijuana in the hands of state governments. The bill, filed by Sens. Elizabeth Warren and Cory Gardner of Colorado and Reps. Earl Blumenauer of Oregon and David Joyce of Ohio, would amend the Controlled Substances Act so its provisions would no longer apply to any person acting in compliance with st ate or tribal marijuana laws.Though marijuana is illegal under federal law, 47 states permit some form of medical marijuana use and 10 states have made it legal for broader adult use, the governors wrote.The governors said the bill “is not about whether marijuana should be legal or illegal; it is about respecting the authority of states to act, lead and respond to the evolving needs and attitudes of their citizens.”

Connecticut’s legislative session ends June 5, and it will pass without the legalization of cannabis that many had anticipated.

It wasn’t simply a pie-in-the-sky attempt, either; Gov. Ned Lamont had urged a somewhat supportive General Assembly to get this done in time. On May 1, the GA’s Finance Committee approved the bill in what was seen as a huge win for cannabis reform proponents. Lawmakers had been whittling away at three separate pieces of legislation—and getting closer with each passing debate.

Now, the GA will end its session without taking the vote on the matter at all. As in other states that narrowly missed the mark—like New Mexico and New Jersey—Connecticut voters may take to the ballot to pass a constitutional amendment.

Today, dozens of advocates from across the state of Delaware came together at Legislative Hall to support HB110, a bill that seeks to legalize and regulate the sale of cannabis for adult-use in the First State.

The House Revenue and Finance Committee was the first hurdle that HB110 needed to pass. Greatly outnumbering the opposition, Delawareans in favor of legalization stepped up and flooded the House chambers. There were so many people there in support of HB110 that legislators ran out of time to hear further testimony.

The District of Columbia is one of only two jurisdictions (the other is Vermont) which have legalized possession of recreational marijuana but where sales remain illegal.  Wait, what?  That’s correct; in your nation’s capital, you can use recreational MJ, but you can’t buy or sell it.

Domino effect? Illinois marijuana legalization could spur other states to do same

When are cookies or brownies not ‘food?’ When they’ve got marijuana in them, Maryland regulators say

When is food not considered food by Maryland regulators?

When it has marijuana in it. Now that state lawmakers have approved medical cannabis “edibles” such as cookies and brownies, state regulators are beginning this month to write the complicated rules for making sure the baked medications deliver consistent doses to patients in child-resistant packaging. But the edible cannabis law signed by Gov. Larry Hogan was careful not to classify such treats as “food” for a reason: Doing so would have required redundant oversight from the Maryland Medical Cannabis Commission and the Department of Health’s food safety division. Instead, as in 30 other states, edible cannabis products are now a class of their own in Maryland overseen by the commission. “Edibles are actually an accepted way in which to get the medical cannabis in more than 30 states,” said Del. Cheryl Glenn, the Baltimore Democrat who sponsored the legislation, during a hearing on her bill. “We want Maryland to be able to offer this option to patients and caregivers.”

THE BRONX –The push to legalize recreational marijuana in New York state is coming down to the wire as Albany is winding down the legislative session in just two weeks. If New York legalizes recreational marijuana, it would follow Illinois as the 12th state in the nation to do so. But the battle is complicated because hot-button issues like public safety, race in the criminal justice system and addiction must be examined.

North Carolina farmers have voiced opposition to a proposed ban on smokable hemp, saying it would keep them from capitalizing on the fast-growing hemp industry.

The bill containing the ban passed the state Senate Agriculture Committee on Wednesday and seeks to expand the state’s pilot hemp farming program.

The State Bureau of Investigation pushed for the proposed ban on smokable hemp in a committee hearing last week, saying that it’s difficult for law enforcement to discern smokable hemp from marijuana.

Hemp farming is a growing industry in the state of Tennessee that’s raising concern for some local law enforcement and a district attorney.In 2015, The Tennessee Department of Agriculture began their hemp program. Hemp comes from the same plant as marijuana – Cannabis Sativa. Over .3% Tetrahydrocannabinol or “THC” is considered marijuana, which is illegal in Tennessee. At or below .3%, “THC” is considered hemp. According to the department of agriculture, there were 49 hemp grower licenses issued in 2015. That number grew to 226 in 2018.

The Joneses joined more than 50 people in a packed meeting held Wednesday by state agriculture officials to discuss Utah’s medical marijuana program. At the meeting, potential marijuana growers raised concerns about the limitations of the state’s proposed cultivation regulations. Utah will allow 10 growers to produce the state’s medical marijuana and soon open the application to out-of-state growers. Some farmers said the change puts local growers at a disadvantage. Others questioned restrictions on where and how pot can be grown. The proposed regulations limit the stacking of cannabis plants and outlines strict security requirements for cultivation facilities, creating additional obstacles for growers, some farmers said. Interested farmers said those requirements will be costly for potential growers. “It’s daunting to have regulations still being hammered out after the application has opened,” said Jack Rubin, a Utah farmer interested in growing cannabis. “You don’t know what you’re getting into.”

Drew Rigby, the cannabis coordinator for the Utah Department of Agriculture and Food, said the agency would consider public feedback in updating the rules.