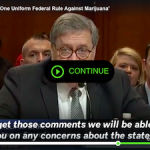 Attorney General William Barr said on Wednesday that he would prefer that Congress enact legislation allowing states to legalize marijuana instead of continuing the current approach under which a growing number of states have ended cannabis prohibition in conflict with federal law.

The attorney general added that the Justice Department is actively reviewing legislation that would accomplish that, and he discussed the department’s current approach to marijuana enforcement as well as plans to add additional cannabis manufacturers for research purposes.

Barr reiterated previous comments indicating that his overall preference would be for marijuana to be prohibited across the country, but acknowledged that the approach is increasingly politically untenable.

“The situation that I think is intolerable and which I’m opposed to is the current situation we’re in, and I would prefer one of two approaches rather than where we are,” Barr said. “Personally, I would still favor one uniform federal rule against marijuana but, if there is not sufficient consensus to obtain that, then I think the way to go is to permit a more federal approach so states can make their own decisions within the framework of the federal law and so we’re not just ignoring the enforcement of federal law.”

Barr said that he hasn’t specifically looked at the STATES Act yet, but that the bill is currently being circulated internally through the Justice Department “for comment.”

“Once we get those comments, we’ll be able to work with you on any concerns about the STATES law, but I would much rather that approach—the approach taken by the STATES Act—than where we currently are,” he said. 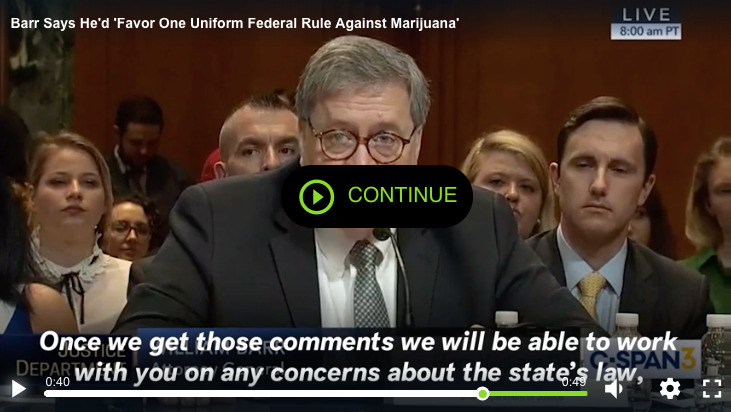