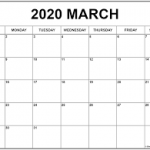 A key international vote on cannabis rescheduling may not be held until March 2020, as governments continue to push for more time to decide on downgrading marijuana to a less harmful category.

The United Nations Commission on Narcotic Drugs (CND) has been due to rule on recommendations by by the World Health Organization (WHO) that cannabis be removed from the Schedule IV of the 1961 Single Convention on Narcotics Drugs.

Such a move would free cannabis from international treaty restrictions and kickstart a global boom, leaving nations free to pursue research without fear of sanction.

The recommendation list is not felt to be comprehensive enough for several governments wishing to learn more about medicinal cannabis. In accepting the reforms now, without appropriate scrutiny, they believe it would set a damaging precedent for the future.

At a recent meeting, it was proposed to push the decision to March 2020, as the December 2019 meeting would still likely not be soon enough.

Critics say the revolving makeup of the CND panel means by that date a new set of governments would have representatives, risking further delay as they must catch up.

The full timeline of the delays to the rescheduling process is on Cannabis Law Report here.

The WHO recommendations call for cannabis and its chemical components to be rescheduled under international drug agreements. They advise that whole-plant cannabis as well as cannabis resin be deleted from the most restrictive category (Schedule 4) in a 1961 international drug convention.

Somewhat confusingly, the UN Chief Executives Board (CEB), which represents 31 UN agencies including the UN Office on Drugs and Crime (UNODC), adopted a position stating that member states should pursue science-based, health-oriented drug policies, which many have read as a clear pointer towards decriminalisation.

Transform, a UK-based drug reform advocacy group, first reported this week on the policy statement, which was quietly released in January.

The endorsement represents a substantial shift in tone from certain UN agencies including the UNODC, which has historically supported draconian enforcement of drug laws. The move also predates a major international meeting that will shape future UN drug policy.

Per the statement, the CEB said the agencies agreed to “commit to stepping up our joint efforts and supporting each other” in a variety of ways.

It will “promote alternatives to conviction and punishment in appropriate cases, including the decriminalisation of drug possession for personal use,” for example.

Other policies it backs include more cash for harm reduction programs, universal health care coverage for substance use disorders, addressing prison overcrowding and eliminating the stigma and discrimination associated with drug use.

These lofty principles will be promoted as the UN Commission on Narcotic Drugs (UNCND) gears to convene to set its 2030 Agenda for Sustainable Development.

Transform said endorsements for decriminalisation among certain UN agencies have been increasing in recent years.

The WHO, The UN Office of the High Commissioner for Human Rights, UN Women and UN Development Program have each embraced the policy, as has former UN Secretary General ban Ki Moon and the current secretary general, António Guterres.

Guterres, as Portugal’s prime minister, oversaw the passage of a national law to legalise drugs, a policy he flagged in a speech to UNCND last year.

The main takeaway is the message that drug use should be a public health, rather than a law enforcement and criminal justice matter.

It is worth noting that limitations of the initial WHO review also note that whatever progress is made in aligning  the UN drug treaties’ cannabis scheduling in line with modern science is unlikely to lead to decriminalisation for recreational use.

This would be outside what the drug control treaties permit, and countries wishing to emulate Uruguay and Canada, and some US states in permitting full legalisation will need to find a different pathway out of the treaty structures.