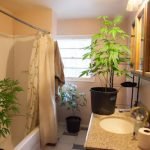 A solicitor whose husband grew cannabis in her family home – which resulted in her conviction for permitting production – has been suspended from practice for six months.

Michelle Laura Davis was convicted in March 2018 of permitting the production or attempted production on premises of a class B controlled drug, namely cannabis.

Her misconduct case was heard last month at the Solicitors Disciplinary Tribunal; some of which was heard in private with certain details of the background redacted.

Davis, 37 this year and admitted as a solicitor in 2012, had been a consultant at Lancashire firm Adnan Hanif Solicitors.

Police had attended her home in April 2017 intending to carry out a welfare check on her children at her invitation. In one of the bedrooms the police found what the sentencing judge described as a ‘well set up, albeit modest in scale, cannabis farm’. His Honour Judge Parrry said 20 cannabis plants were found, each of about 30 centimetres. Although not yet harvested, the haul was estimated to have a potential sale value of up to £16,000. HHJ Parry said Davis and her husband were ‘both responsible in your own ways for what the police seized’.

Davis pleaded guilty to the charge of permitting the production or attempted production on premises, and was sentenced to a community order with a requirement that she undertake rehabilitation activity for up to 25 days.

The judge noted that Davis potentially had a ‘stellar career’ ahead of her and ‘no doubt’ she would be struck off as a result of the conviction.

Davis told the SRA that she played no part in the setting up, cultivating, producing or growing of the cannabis, and had never even stepped into the room. She apologised ‘wholeheartedly’ and urged regulators to consider an alternative to a strike off.

According to the judgment, she told the SRA ‘I would love to be able to be given the chance to continue to practise as a solicitor. I fully accept my wrongdoing. This would never happen again. I understand that I have let people down including myself but I live in hope that the people reading this may understand a little regarding the pressures and broken life that I was leading.’

The tribunal found Davis was not an instigator of the criminal activity but displayed ‘ongoing acquiescence’ in what was happening.

This was deemed a one-off episode and Davis had not appeared before the tribunal before: the panel found her insight and remorse to be genuine. It was determined that a fixed suspension would be reasonable and proportionate and give Davis ‘the opportunity to reflect upon what she had done’.