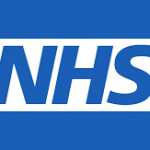 If you wish to re-publish this story please do so with following accreditation
AUTHOR:  Patrick Bailey
PUBLISHER:  CANNABIS LAW REPORT 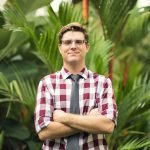 Opioids in Britain kill five people every day and experts have warned that the country is in the grip of an epidemic. MPs, senior doctors, and drug specialists cautioned that the UK might be heading towards a US-level opioid crisis.

In the last two years, strong painkillers—among them prescription opioids—have led to the death of more than 91,000 Americans, more than half due to fentanyl. Escalating numbers of people in the UK are being given highly addictive painkillers for chronic pain in spite of evidence pointing that they become ineffective after just a few days.

According to the Sunday Times, there is a huge rise in the prescription of painkillers, soaring addiction rates, and fatal overdoses. For instance, a fentanyl addict is more likely to overdose today compared to two years ago. Fentanyl fatalities were up 29% in 2017 leading to 75 deaths in comparison to 58 deaths in 2016.

At an August 2018 medical forum in Washington, experts recommended the use of cannabis as an alternative to opioids, or in combination with them, to reduce the risk of overdose death. No one has ever died of a cannabis overdose.

Is Cannabis Available through NHS?

In anticipation of an imminent opioid crisis, last year the UK government announced that medical cannabis would be accessible by prescriptions through the NHS—from clinicians and for those with exceptional clinical needs—as of November 2018.

In one review, Chief Medical Officer for England Dame Sally Davies came to the conclusion that there was evidence that medical cannabis possessed therapeutic benefits.

During the second review, the Advisory Council on the Misuse of Drugs considered which drug schedule was appropriate to balance the public health needs and harms. It recommended moving cannabis from Schedule B to Schedule 2 of the Misuse of Drugs Regulations 2001, which means it can be prescribed.

Despite that, few prescriptions have been granted and fewer still (if any) have been filled. In April one woman who was attempting to bring cannabis oil for her daughter from out of the country had a three-month supply confiscated upon arrival. She had tried repeatedly to get the cannabis legally. Her daughter suffers as many as 300 seizures per day.

Is There a Solution?

The problem doesn’t seem to lie in the law, but in the implementation. It was rushed so that neither politicians nor physicians feel confident or knowledgeable enough to prescribe cannabis comfortably. There is little or no domestic research, and they don’t like trusting overseas research.

The Department of Health and the UK Medicines and Health Products Regulatory Agency need to come up with a clear definition of what comprises a medicinal product developed from cannabis.

The National Institute for Health and Care Excellence (NICE) is expected to release new guidelines by year’s end. Whether that’s enough remains to be seen.