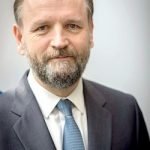 The Daily Mail reports …….Britain is on the brink of making a ‘big mistake’ by adopting a softer stance on cannabis, the head of the NHS has said.

The warning from Simon Stevens – in a speech to 300 doctors – comes six months after the Government legalised medicinal cannabis.

Since November, certain medical professionals have been allowed to prescribe the drug for conditions such as epilepsy and chronic pain.

Mr Stevens is concerned it will pave the way for the substance to be legalised for recreational use – just like in parts of the US and Canada.

Addressing the Royal Society of Medicine in London, he also warned of the dangers of cannabis.

Two studies this year found it significantly increased the risk of the psychosis, which causes hallucinations, depression and suicidal thoughts.

Mr Stevens, the chief executive of NHS England, said: ‘I think we have to be careful, as we have a legitimate national debate on medical cannabis, that we don’t look back in a decade’s time and wonder whether we inadvertently made a big mistake. Given the well-documented medical risks from so-called recreational cannabis, we don’t want to be accidentally normalising drug use.

It was the case of 12-year-old Billy Caldwell that led to a change in the law on prescribing the drug.

Billy has life-threatening epilepsy which can cause 100 fits a day at its worst.

In 2017, he became the first person in the UK to be prescribed medical cannabis by his GP in Northern Ireland. His mother Charlotte Caldwell says while Billy took the cannabis oil, which she got in Canada, he did not have seizures. But in June 2018, it was confiscated by customs officials.

Billy’s seizures intensified and he was admitted to hospital. But Home Secretary Sajid Javid intervened and allowed medical marijuana to be reclassified so it could be prescribed from November 1, 2018.

‘That is in no sense to disregard the research that is needed to understand whether there are particular clinical uses for medicinal cannabis.’

Ten US states have now legalised the drug for recreational use. Most of them first allowed cannabis to be used for medical purposes, from the late 1990s.

Mr Stevens also spoke of a recent trip to America where magazines on sale in the airport were ‘pushing the business of cannabis production’.

He said: ‘We must not be naive in pretending that there isn’t a whole industry just waiting to expand their “addressable market” for drugs in this country.