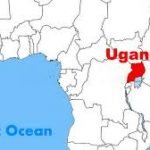 The Uganda Daily Monitor reports …. As Cabinet debates the health and financial merits of marijuana, it has emerged that Uganda has been importing tonnes of fertilised weed seeds and potting soils, worth billions of shillings.

Daily Monitor has seen a copy of the invoices for the importation of marijuana seeds that also bear a stamp of the Uganda Revenue Authority (URA) dated August 30, 2018. The invoice was issued on August 24, 2018 by one of the marijuana seed banks from Netherlands and contains at least nine types of cannabis seeds.

Some of the cannabis seeds imported into the country last year with clearance from URA and ministry of Agriculture are Desfrán, Durban Poison, Frisian Dew, Mazar, Power Plant, Shaman, BULK-CBD Auto Charlotte’s Angel, Phyto Sanitary certificate and postage. The company paid Euros38,000 (about Shs160m) for the seeds.

Industrial Hemp Uganda Ltd, a private company based in Hima, Kasese District, has been working with Industrial Globus Pharma Uganda Ltd, a subsidiary of Together Pharma from Israel to import marijuana seeds and soils into the country.

Potting soil
The company has imported mildly fertilised potting soil or a seed starter from Sri Lanka to a tune of $300,000 (about Shs1.12 billion). This type of soil has a pH [a scale used to specify how acidic or basic a water-based solution] of about 6. This type of soil will have spores and mineral that help young marijuana plants thrive.

Asked what is wrong with Uganda soils and whether government cleared his company to import cannabis seeds and soils, Mr Benjamin Cadet, one of the directors at Industrial Hemp (U) Ltd, said: “For medical purposes, we cannot take risks, you need to control everything. These are World Health Organisation protocols for growing and manufacture plan materials for medicinal purposes.” He declined to provide further details.
Industrial Hemp (U) Ltd, founded and legally incorporated in 2012, is currently growing and processing medical cannabis. The company has a licence and is currently supervised by the ministries of Health and Internal Affairs, and the National Drug Authority.

Heath minister Jane Ruth Aceng is yet to issue letters of no objection to 24 new applicants waiting to join the business under the Narcotic and Psychotropic Substances (Control) Act 2016. The minister had requested Cabinet to guide on the number of companies to be cleared to grow marijuana for medical purposes even when the law does provide for such consultations. The Narcotic Drugs and Psychotropic Substances Act 2016 allows cultivation, production and exportation of medical marijuana and mandates the minister to issue written consent for medical marijuana.

However, Dr Aceng insists the applications will have to wait for the final decision of Cabinet. A Cabinet sub-committee put in place by the President was tasked to study the health and financial benefits of medical marijuana. The committee has, however, not reported back to Cabinet even as companies mount pressure on the Health minister to explain the delays.