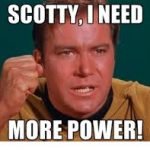 Kampala. Workers at Uganda’s first cannabis company breathed a sigh of relief after weeks of anxiety over plans to lay off at least 370 of them due to inadequate power supply.

Sources at Industrial Hemp (U) Ltd, a private company founded and incorporated in 2012, which is currently growing and processing medical cannabis in Uganda, told Saturday Monitor yesterday the decision to retain employees and plant more cannabis seeds came after a government team met the directors on June 24.

In the meeting a team from Rural Electrification Agency (REA) promised to fix electricity and asked the company to spare employees now that planting is ongoing.
The team travelled to Kasese District on June 23 and restored power supply to the marijuana facility in Hima. They also promised to install a second cable with 500kva capacity to stabilise power supply.
Mr Benjamin Cadet, one of the company directors, on Friday refused to disclose any details of the meeting and only praised REA for restoring power and a team of dedicated workers.
“Who gave you that information? Our problem was power which has since been restored and all our employees are working. I have nothing else to tell you,” Mr Cadet said.

Industrial Hemp (U) Ltd is an offshoot of The Narcotic Drugs and Psychotropic Substances Act 2016. The local marijuana company has 450 employees in Hima, Kasese District and is bankrolled by an Israel company, Together Pharma Ltd.
In a statement intended to re-assure investors in the mother public company on Tel Aviv Stock Exchange, the chief executive of Together Pharma Ltd, Nissim Bracha, however, denied making losses in Uganda and talked of bigger plans to recruit more workers due to growth in activity.
Last week, one of the company directors reported losses occasioned by power shortage and impending job loss which the CEO of a mother company from Israel has now called “false” and explained that the company won’t lay off workers as earlier reported.

“The company did not lay off workers but rather recruited workers (agronomists) due to increased activity…. with the progress of its activities in Uganda and expects medical cannabis products to be exported from Uganda this year,” the statement reads in part. The company has invested $360m (about Shs1.3 trillion) and established marijuana farms in Kasese and hopes to manufacture oil risin containing dronabinol for making marinol and syndros capsules and CBD enriched creams for various skin disorders.
Others are pharmaceutical ingredients such as cannabinol (CBD) and Ttetrahydrocannabinol (THC) with mixture of 2.7mg THC and 2.5mg CBD for Sativex drugs approved in USA, Europe and Canada.