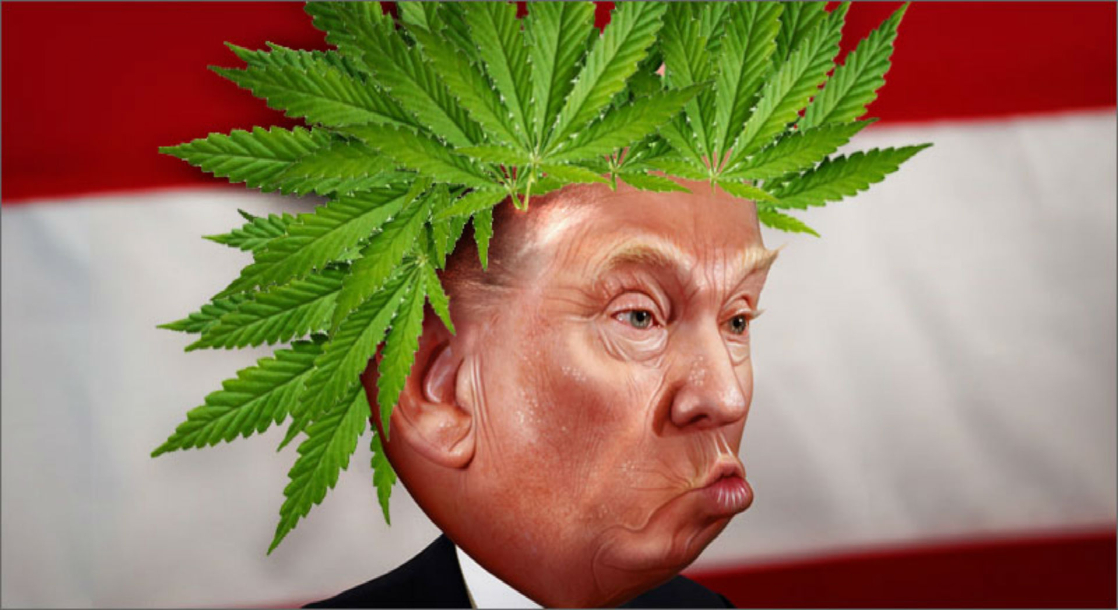 On its face, Trump’s new budget proposal threatens to drastically increase the country’s massive income inequality gap. But when you look at it deeper, it also specifically threatens to crack down on state-legal medical marijuana industries.

Every year since 2014, Congress has added a rider, such as the Rohrabacher-Farr amendment, to each annual budget bill that specifically prevents the Justice Department from using any of its funds to interfere with individual states’ efforts to legalize medical marijuana. Pro-cannabis lawmakers have successfully managed to fight for the inclusion of this rider every year, despite strong efforts from GOP leaders to destroy it. But when President Trump signed last year’s budget bill, he attached a power-trip-clause stating that he has the power to ignore this provision.

The president’s new budget proposes removing this rider entirely, freeing up the federal government to prosecute businesses that have been providing medicine to patients for years. It’s not doomsday yet, though. Trump has proposed removing this rider in his last two budgets — and, full disclosure, President Obama even tried to have it removed — but Congress has consistently chosen to uphold these protections every year.

The budget also includes another long-standing rider that specifically prevents Washington DC from legalizing adult-use cannabis sales. DC voters approved a ballot measure in 2014 that legalized cannabis possession for adults, but did not legalize sales. City leaders are in favor of establishing legal sales, but GOP lawmakers have passed annual budget riders that prevent the city from using its own funding to regulate such a market.

Trump’s position on cannabis has been anything but consistent. When running for office, Trump said he supported medical marijuana, and in 2018, he promised lawmakers that he would support states’ rights to legalize cannabis. But since then, the president has increasingly advocated a strict War on Drugs mentality. In a recent speech, Trump applauded Southeast Asian countries like Singapore and Indonesia, who sentence drug dealers to death.

Although the budget threatens states’ rights to provide access to medical marijuana, it does include good news for another kind of cannabis. The proposal prioritizes $17 million in funding for the production of domestic hemp. This program authorizes the US Department of Agriculture to “provide licensing services, technical assistance, compliance, and program management support” to legal hemp farmers, Marijuana Moment reports.

The new budget also gives the Food and Drug Administration (FDA) additional funding to invest in the “regulation of cannabis and cannabis derivatives.” After the 2018 Farm Bill legalized hemp and hemp-derived products, including raw CBD, the FDA has been working to draft guidelines allowing CBD products to be legally sold. The agency requested $5 million in funding to help regulate the recent explosion of CBD products.

The FDA intends to use around $4 million of this funding to take action against companies that are currently selling CBD-infused foods and beverages, which are currently illegal. At the same time, the agency will use the money to develop regulations that would eventually allow these products to be sold legally. Additional funding would be used to conduct research on safely adding cannabis-derived substances to animal products.