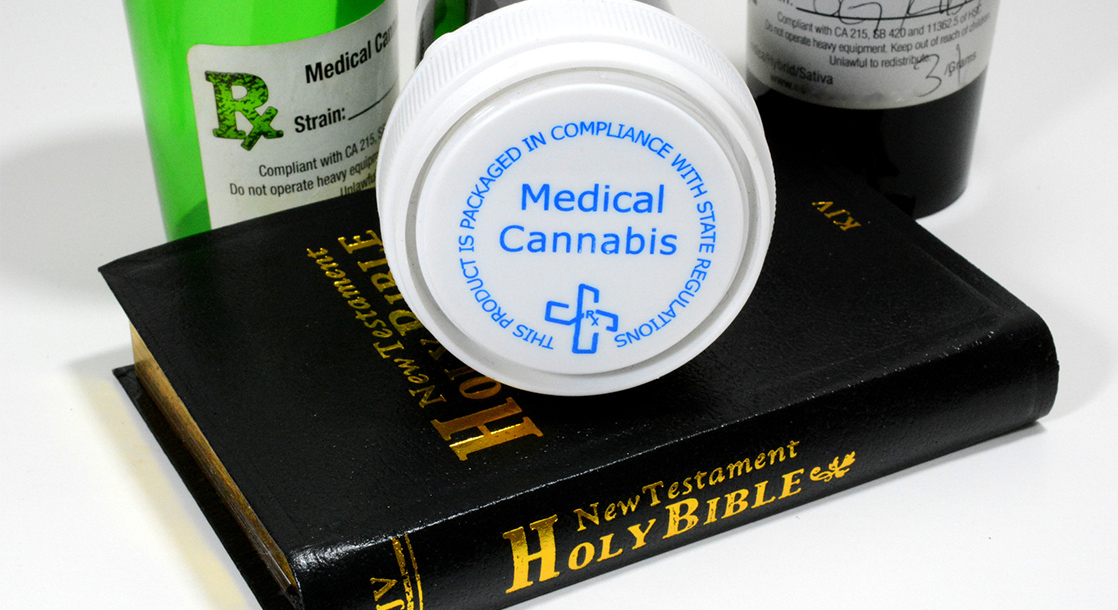 Cannabis churches are nothing new, but they’ve always operated in a legal gray area. In Pennsylvania, one Rastafarian temple serves as both a place of worship and as a cannabis consumption space for medical card holders. Best of all, state law doesn’t ban the practice.

The church, Philadelphia Temple of Hemp and Cannabis, houses a licensed business at its back end called Philly THC. At the shop, medical cannabis patients can dab concentrates, vaporize hash, or enjoy edibles in a social setting.

“It’s not your normal church,” Patrick Duff, the co-owner and “high priest” of Philly THC, told The Inquirer. “In fact, it’s licensed as a gift shop. We pay taxes. But the reason we opened is that there was nobody providing a space for marijuana patients to come together and take their medicines socially.”

Ever since Colorado and Washington launched the first state-legal sales of cannabis, social consumption has raged at the forefront of legal reforms. Rental leases often ban the possession or use of cannabis on the rented property, so many patients aren’t even allowed to medicate at home. Other patients may not want to consume in front of their children or other family members.

Some patients, especially older ones, may not know how to properly consume. We’ve come a long way from the simpler days of joints and hot knife hits. Both edibles and dabbing carry risks, such as over-consumption of cannabinoids like THC or CBD. Social consumption settings like Philly THC offer novice patients a safe way to meet experienced cannabis users who can show them the ropes.

“This is a place where people can be educated,” Duff said. “There’s always someone here who can help with the equipment.”

But just how legal are spaces like Philly THC in Pennsylvania, though? Cannabis churches in the past have attempted to shield themselves from the law by claiming First Amendment protections. In Colorado, Denver PD fined the International Church of Cannabis for hosting a 4/20 service where attendees openly blazed in the church’s nave. Last summer, in California, a Riverside County judge ordered the closure of the Vault Church of Open Faith for distributing marijuana during services.

In states like Colorado and California, state authorities say “private use” of cannabis is legal. However, whether private use applies to gatherings or social events remains contentious. Cannabis advocates argue that any consumption on private property that is closed to the public should be considered private use, as was the case in Colorado. Law enforcement in these two states disagree.

Patients can consume anywhere they wish in Pennsylvania — so long as they don’t smoke. Therefore, dabbing electronically (without a torch), vaping, and consuming edibles in public settings should be permissible under state law.

“We don’t have any jurisdiction over it,” said April Hutcheson, a spokesperson for the Pennsylvania Department of Health. “Patients can use medical marijuana anywhere they are comfortable, as long as they have a card and are only using the medication they purchased for themselves.”

A new Senate bill may expand social consumption in the Keystone State by allowing recreational or adult use and creating licenses for cannabis lounges and cafes. Until then, only registered medical patients can legally feel irie in public settings, houses of worship or otherwise.