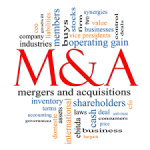 Seems to be this week’s hot topic after Canopy mentioned their deal to acquire Acreage if Federal legislation goes through. Lots of “ifs” so gives Cannabis Practice leaders plenty of time to brief their M&A practitioners on the wild and wacky world of cannabis !

Brief your M&A people well .. as you don’t want them to be getting information from the slew of “cannabis consultancies” that appear to be spreading through North America quicker than a smallpox virus at the moment.

Already, companies like MedMen, Cresco Labs Inc. and Acreage Holdings have been among the main buyers in the US and are creating national footprints. In Canada, where cannabis is federally legal, Canopy Growth Corporation and Aurora Cannabis have been acquiring companies and have nationwide reach. MedMen acquired PharmaCann, a dispensary chain, for $682 million in equity in December 2018 — one of nine deals by MedMen since the beginning of 2018, according to Mergermarket data. Acreage bought cannabis edible manufacturer Gesundheit Foods for $160 million in December and cultivation and processing company Nature’s Way Nursery of Miami for $67 million in January, according to Mergermarket data.

The cannabis market in Canada is expected to reach $5.9 billion in sales in Canada by 2022 and almost $17 billion in the US that year, according to a report by BDS Analytics.

Sabas Carrillo, CEO of Adnant Consulting, which focuses on cannabis, says he expects the first large brand with a national footprint in the US will emerge via M&A either this year or next. Such brands will be looking for shelf space at retailers, changing the landscape of retailers selling only their own brands, he adds. Cannabis consumers are like consumers of any other product and will establish brand loyalty, resulting in retailers needing to sell multiple brands. He also expects to see more deals north of $500 million. Already, we’ve seen Cresco Labs acquire Origin House for $1.1 billion Canadian, and Harvest Health & Recreation Inc. buy Verano Holdings for $850 million. Both deals were announced in 2019.