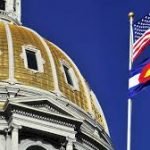 It’s likely that both the social consumption and delivery laws would require opt-in decisions from local governments or voters before those options would be available in a given city or county. That’s been the approach for recreational sales, too.

Separately, lawmakers this year are tasked with reviewing and renewing the overarching legal infrastructure that regulates the ins and outs of both the medical and recreational markets.

Lawmakers, state regulators and industry leaders hope to harmonize the voluminous rules that govern both sectors into a single marijuana code, which could ease the strain on licensees that often operate both types of businesses. The new regulations will ensure that testing, labeling and sales of marijuana continue for another nine years in Colorado.

Bills are now being drafted after a “sunset review” by state government last year recommended changes that include eliminating redundant testing, streamlining the licensing process and setting up new rules that would allow recreational marijuana shops to sell hemp-derived cannabidiol, or CBD, products for the first time.

Since the existing codes expire at year’s end, lawmakers face a deadline of May 3, the end of the session, to replace them.

Turning point for legal marijuana in Colorado: Big changes in the works as state plays catchup