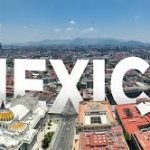 Three Senate commissions in Mexico acting together passed legislation  Wednesday to legalize all forms of cannabis, bringing the Latin American country one step closer to launching the world’s largest adult-use program by population.

The bill now goes to the full Senate and, once approved there, the lower legislative chamber.

The measure might well be revised along the way, but a final approval is expected as the ruling party has the necessary majorities.

Mexican lawmakers face an April 30 deadline to legalize cannabis, according to a Supreme Court decision. In addition to recreational marijuana, the bill would legalize cannabis for medical and industrial hemp use.