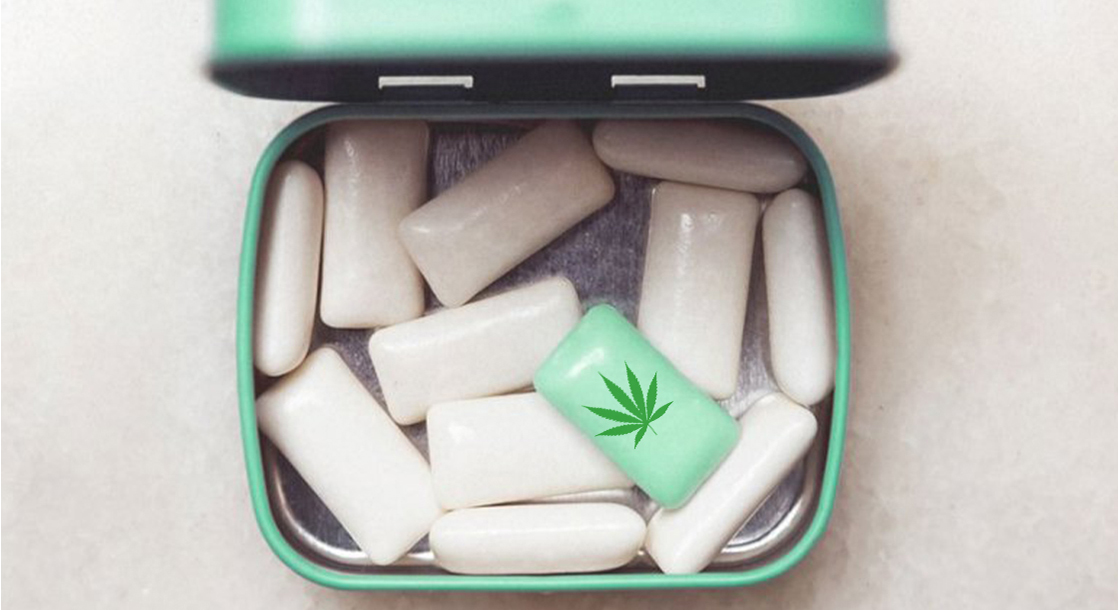 We will likely see the US FDA approve a chewing gum made with an artificial weed chemical before we even see clinical trials for marijuana flower.

On Tuesday, AXIM Biotechnologies announced that it’s about to start its first clinical trials for MedChew(R), a chewing gum infused with dronabinol. Dronabinol is a synthetic, human-made form of THC, the compound in marijuana that causes intoxication. Dronabinol is most (in)famously sold as a spray or pill under the brand name Marinol (offered by a separate company, Banner Pharmacaps, Inc.).

Why infuse a chewing gum with dronabinol when there are already dronabinol sprays and pills? First, from the data that AXIM has collected so far, MedChew(R)’s dronabinol begins taking effect within 10 minutes of chewing, so it kicks in much faster than swallowing a pill. Second, the data also showed that the gum slowly released dronabinol across a four-hour period, so the effects lasted longer and more consistently compared to getting one quick, single dose in a spray or pill.

“We are excited to have completed the first phase of our clinical study and are optimistic about moving forward with the next phase,” John W. Huemoeller II, AXIM’s CEO, said in a press release. “We are getting closer every day to proving that our unique delivery method can provide cancer patients with quicker and more efficient relief from their chemotherapy-related symptoms.”

Now, this begs the second question: Why is AXIM infusing its gum with lab-made THC when cannabis naturally produces the stuff that patients prefer? For starters, dronabinol is FDA-approved as a Schedule III drug and has been since the ‘80s. (Which has us wondering why marijuana is considered a Schedule I drug — the most restricted class — even though the federal government considers the synthetic THC in Dronabinol, which is nearly identical, to be Schedule III.) If AXIM wants to push its lab-weed gum through the FDA approval process, it will have a much easier time doing that with dronabinol than with natural, pot-produced THC, which the feds consider as dangerous and addictive as heroin.

Also, note that ChewMed(R) won’t be for treating cancer itself. Dronabinol is only FDA-approved for treating nausea caused by chemotherapy and radiation therapy, as well as for stimulating appetite in patients who live with cancer or AIDS.

However, AXIM is working on another chewing gum, called ChewMed(R) Rx, which will contain cannabis-derived THC and CBD for treating multiple sclerosis. Chances are that ChewMed(R) Rx, if it passes clinical trials, will be available in Europe and Asia long before it’s ever available in the US.