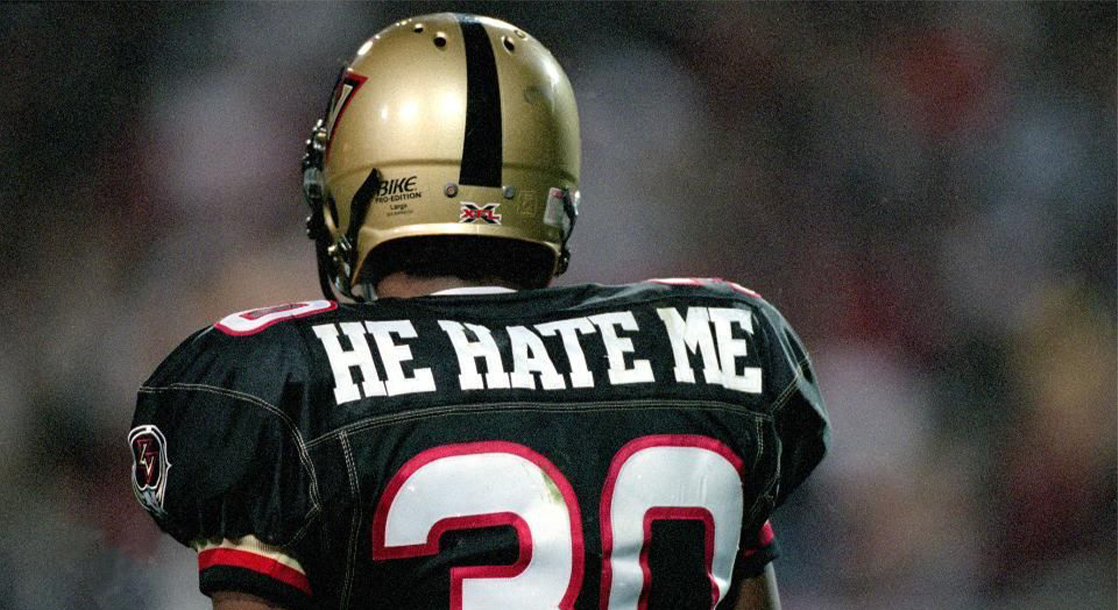 In 2001, Vince McMahon, the head honcho of the WWF (now the WWE), kicked off the first game of the XFL in Las Vegas. And when he did, good ol’ American football took on the theatrics of pro wrestling, complete with on-camera trash talking, off-field beefs, and skintastically exposed cheerleaders. Rumors even claimed that the XFL’s wins were staged, just like the scripted victories in the WWF.

Due to poor viewership ratings, the XFL only lasted one season. And now, nearly 20 years later, the NFL has quietly adopted many of the original XFL’s distinguishing features: Cheerleaders have gotten more scantily clad, the off-field drama often makes more headlines than the on-field action, and cheating a championship may — or may not have been — a thing.

The XFL, which stands for eXtreme Football League, returns this weekend, though its promoters promise that this time they’ll focus on the game and ditch the gimmicks. Though one thing will continue to distinguish the XFL from the NFL: Vince McMahon’s league will allow its athletes to consume cannabis, THC, CBD, and all — on their own time, of course.

“Our drug testing policy includes (performance-enhancing drugs) but it does not include marijuana,” XFL Commissioner Oliver Luck told Barstool Radio during an interview, the Tampa Bay Times reported.

That means NFL players who were booted for persistent pot use may find a new home at the XFL.

The NFL’s anti-weed policies embroiled the league in heated controversy over recent years. Retired champs have called on the NFL to end its bans on both marijuana and CBD products derived from cannabis. Pro football players often struggle with chronic pain, which can be safely alleviated with cannabis. However, the NFL, despite conducting a study in partnership with the players union, decided to keep feeding its athletes addictive and deadly opioid painkillers.

Some NFL heroes are even protesting their former league. Rob Gronkowski, the New England Patriots tight end who rocks three Super Bowl rings, said he won’t return to the NFL until it lets players take CBD to help manage their pain.

“I don’t want to be banned from playing the sport I love because I’m using a product that I can buy, or anyone can buy, at their local pharmacy right off the shelf,” Gronkowski said at a press conference last year. “It’s that simple. I also want to have the option to get back into the game, and if I’m banned next year, I can’t. You know you want to see me out there… I know you do.”

Studies also show that CBD and other components of cannabis could reduce — or potentially reverse — brain damage caused by constant concussions on the field. The average NFL player experiences roughly 250 to 280 concussions per season. Repeated concussions can cause chronic traumatic encephalopathy (CTE), where the brain’s nerve cells die off, leading to severe mood swings, violent and compulsive behavior, and memory loss.

Regardless of how long the XFL lasts after its second outing, it won’t be the only pro sports league where players can enjoy the benefits of cannabis without worrying about derailing their careers. Last year, Major League Baseball (MLB) announced it would stop testing all players for marijuana after an athlete overdosed from opioid painkillers. The National Hockey League (NHL) also does not test its players for weed.

And while most folks wouldn’t consider pro wrestling a tried-and-true sport, the WWE doesn’t test for weed, either.