Although medical marijuana is currently legal throughout most of the US, many states still allow employers to discriminate against cannabis users, forcing patients to choose between their medicine or their jobs. Even in Michigan, where voters just legalized full adult-use last year, a court just ruled that it is legal for employers to enforce zero-tolerance drug policies, even against legal medical marijuana users.

Things are looking brighter on the West Coast, though, where San Francisco prosecutors are preparing to expunge over 8,000 former pot convictions with the help of a tech nonprofit. California tax officials are also celebrating the $300 million in legal pot tax revenue they collected last year — a figure that is expected to eventually top $1 billion annually.

Meanwhile, lawmakers and activists in the country’s heartland are continuing their fight for legal weed. In New Mexico, legislators just advanced two bills to bring full adult-use to the Land of Enchantment. And in North Dakota, activists are working to place a legalization question on the 2020 election ballot after local lawmakers rejected a decriminalization bill.

And in the world of weed science, two researchers just released a study that confirms that pot may indeed cause the munchies. Let’s dig in. 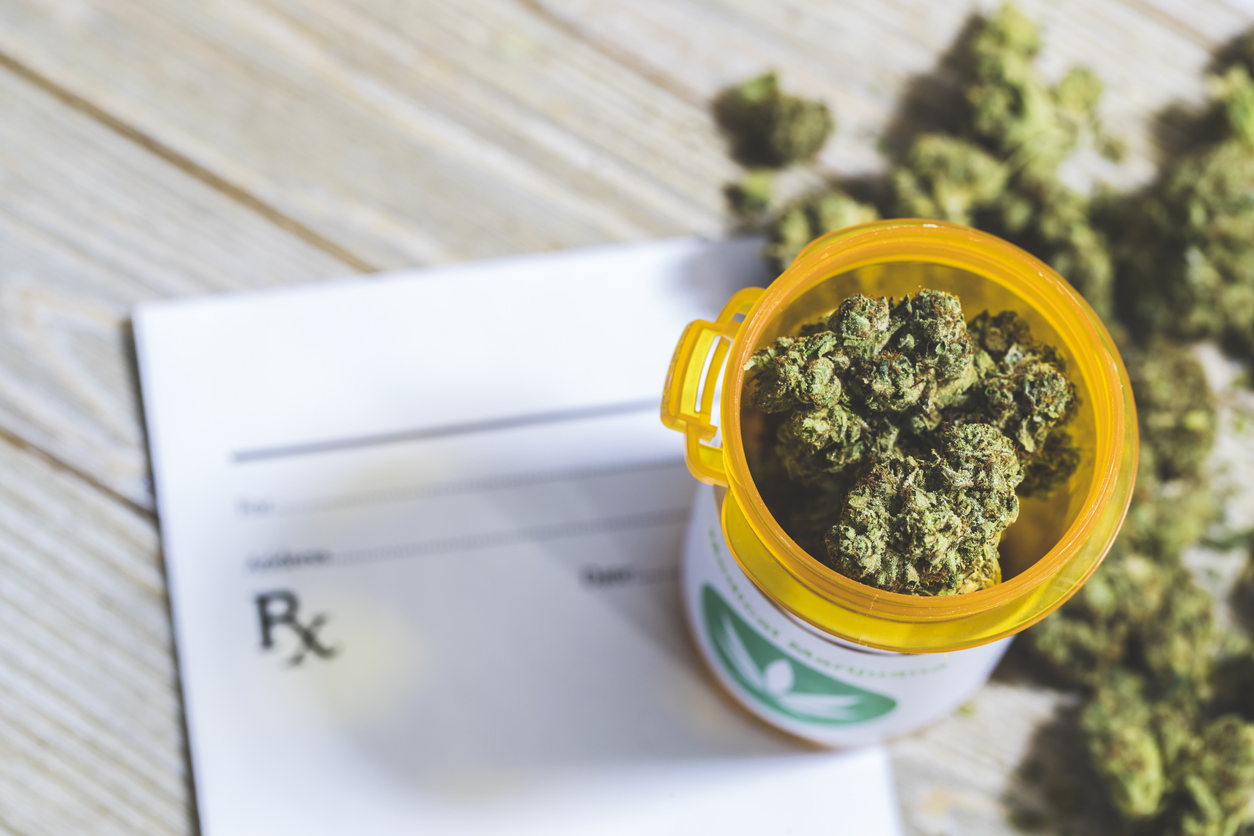 Any employer in Michigan can now refuse to hire a job applicant or fire an at-will employee over the use of medical marijuana, following a recent ruling by the state Court of Appeals. The ruling was made in the case of Angela Eplee, a legal medical marijuana patient who was denied a job at the Lansing Board of Water and Light in 2017 after she tested positive for THC. Eplee sued, but lost the case in trial court.

Last Tuesday, the Court of Appeals upheld the lower court’s decision, ruling that the state’s medical marijuana law “does not provide an independent right protecting the medical use of marijuana in all circumstances, nor does it create a protected class for users of medical marijuana,” the Detroit Free Press reports. In light of this ruling, “public employers should feel comfortable maintaining and enforcing zero-tolerance drug policies for their at-will employees, including medical marijuana cardholders,” local law firm Miller Canfield PLC advised.

“The decision obviously is disappointing for the public workforce here in Michigan, particularly those who thought they had any type of protection under the Medical Marihuana Act,” Eplee’s attorney, Brandon Gardner, said to The GrowthOp. “The ramifications are that there is no job security for any medical marijuana user in Michigan.” Gardner added that he is considering taking the case all the way to the state Supreme Court.

Michigan voters legalized full adult-use cannabis last year, but even this new law does not offer employment protections for pot users, medical or otherwise. The ballot measure specifically states that employers are still allowed to discipline, fire, or refuse to hire employees who violate their workplace drug policies. 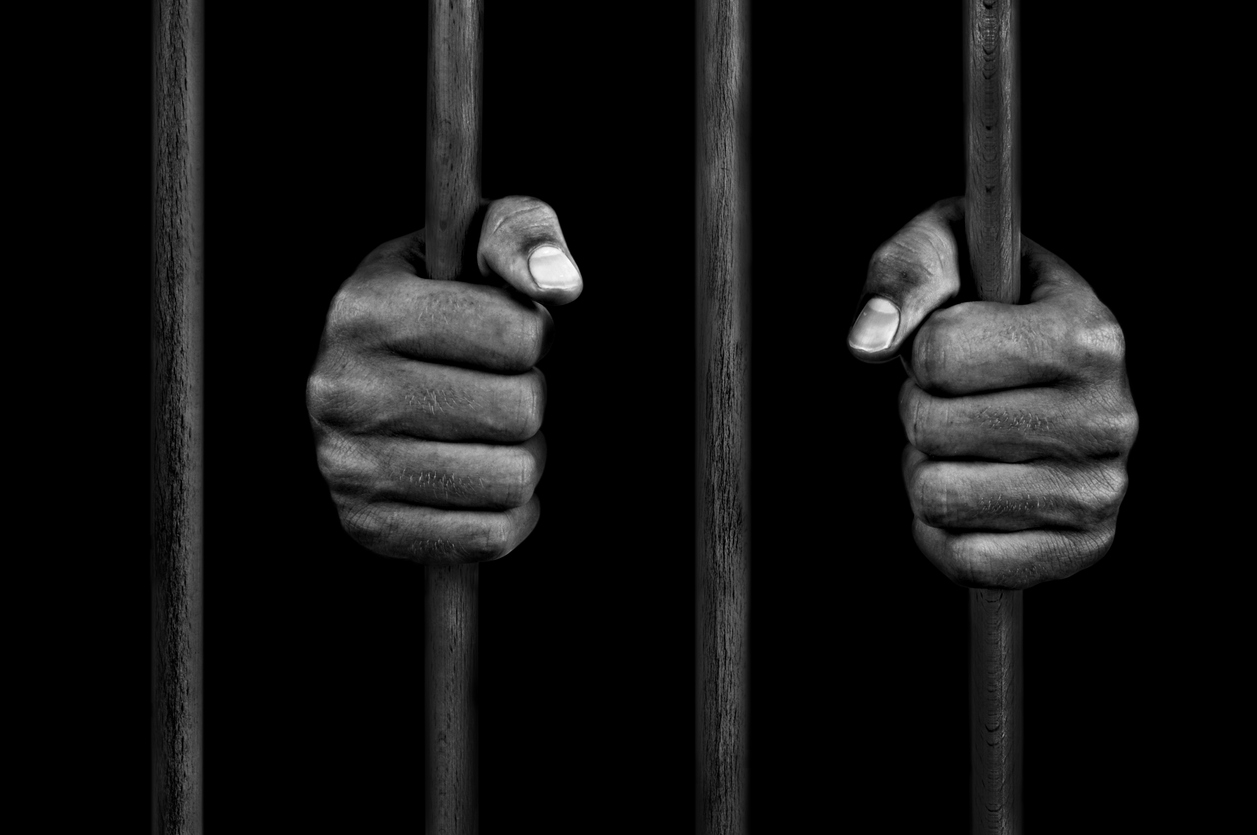 This Monday, the San Francisco District Attorney’s Office announced that they are expunging thousands of former cannabis convictions dating back to the 1970s. Since 2016, Californians convicted of minor pot crimes have been able to apply to have these convictions expunged from their criminal records, but the time, money, and effort involved in the petitioning process have discouraged many former offenders from doing so.

Last January, San Francisco District Attorney George Gascón announced that his office would take matters into its own hands, automatically identifying and clearing all eligible convictions. The process of manually identifying these convictions also proved to be slow and burdensome, though, so Gascón announced in May that he was partnering with nonprofit technology group Code for America to speed the process along. Using the company’s new “Clear My Record” technology, the DA’s office has now identified 8,132 eligible convictions, which will soon be automatically sealed.

“Prosecutors should act to address the inherent unfairness of penalizing people for activity that is no longer illegal,” Gascón said in a press release, Marijuana Moment reports. “Using technology, we have been able to proactively bring greater racial equity and fairness to marijuana legalization in California. I am thrilled to see other counties and states following suit by offering similar relief in their communities. It’s the right thing to do.”

Fourteen other California counties are also using this new technology to help clear former pot convictions, and the company may soon make its software available in other states. “Contact with the criminal justice system should not be a life sentence, so we’ve been working to reimagine the record clearance process,” said Code for America founder and executive Jennifer Pahlka.

“Our work asks how we can make government work better for the people it serves, and we are honored to partner with DA Gascón’s office to deliver relief to thousands who have been blocked from access to jobs, housing, and other opportunities for so long.” 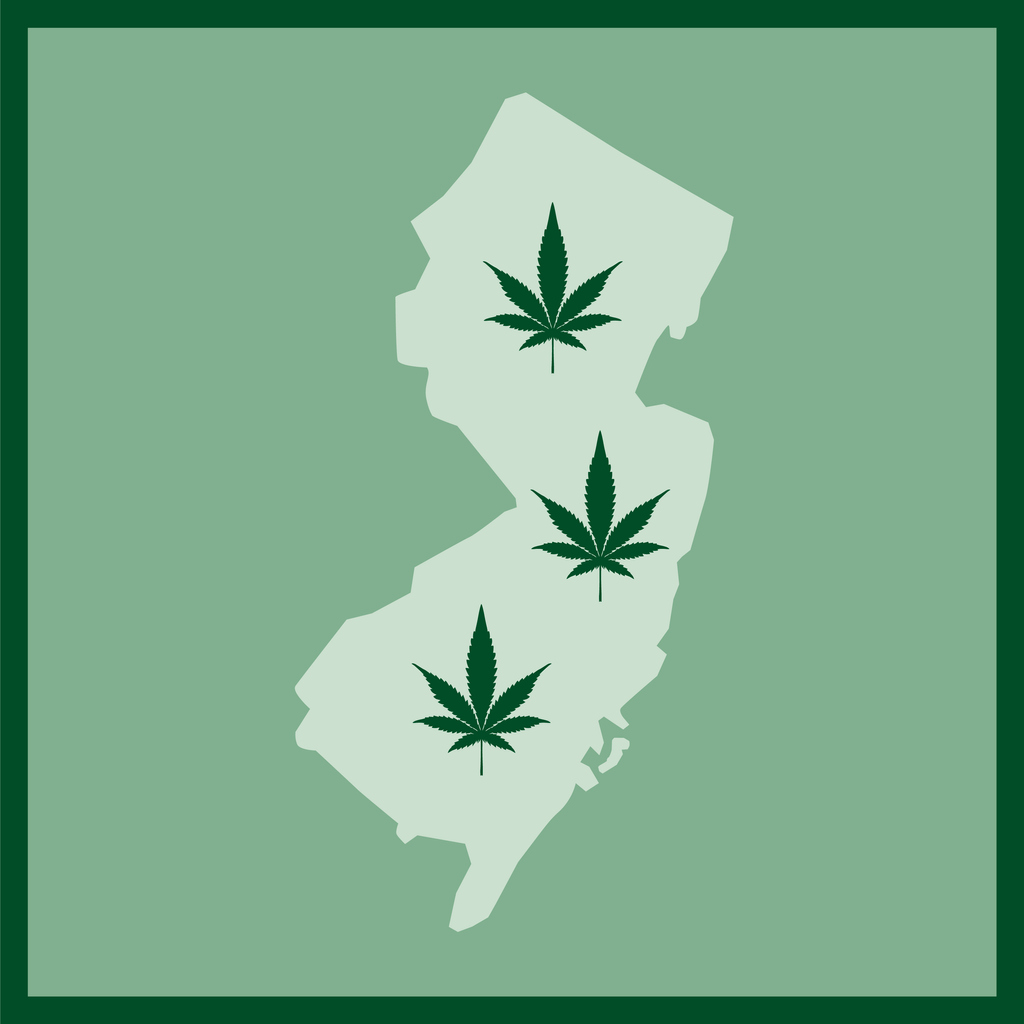 California’s first year of legal pot sales brought the state nearly $300 million in tax revenues and fees, much less than expected, but significantly more than other states made in the first year of sales. Last week, the state Department of Tax and Fee Administration released a full report on legal pot tax revenue collected in 2018, including the state excise tax of 15%, the regular state sales tax of 8.75%, and cultivation taxes of $9.75 an ounce. Budget officials initially expected to collect $655 million in revenue last year, but this estimate was cut back after 75% of all city and county governments opted to ban pot businesses from operating in their jurisdictions.

Even though the state collected less than half its expected revenue, it still greatly exceeded the nearly $70 million in pot tax revenue that Nevada collected in its first year of sales. The report also shows that the industry has been growing steadily from quarter to quarter — the last quarter of 2018 saw total revenue rise by 10%, and cultivation taxes rose by 30% to a total of $16.4 million.

Despite the slow start, experts still believe that the state will eventually hit its projected goal of $1 billion in annual tax revenue within three years. This figure is only a drop in the bucket for a state with an annual budget of $209 billion, but considering that some of this money will be reinvested in public health and social justice programs, every cent is welcome. 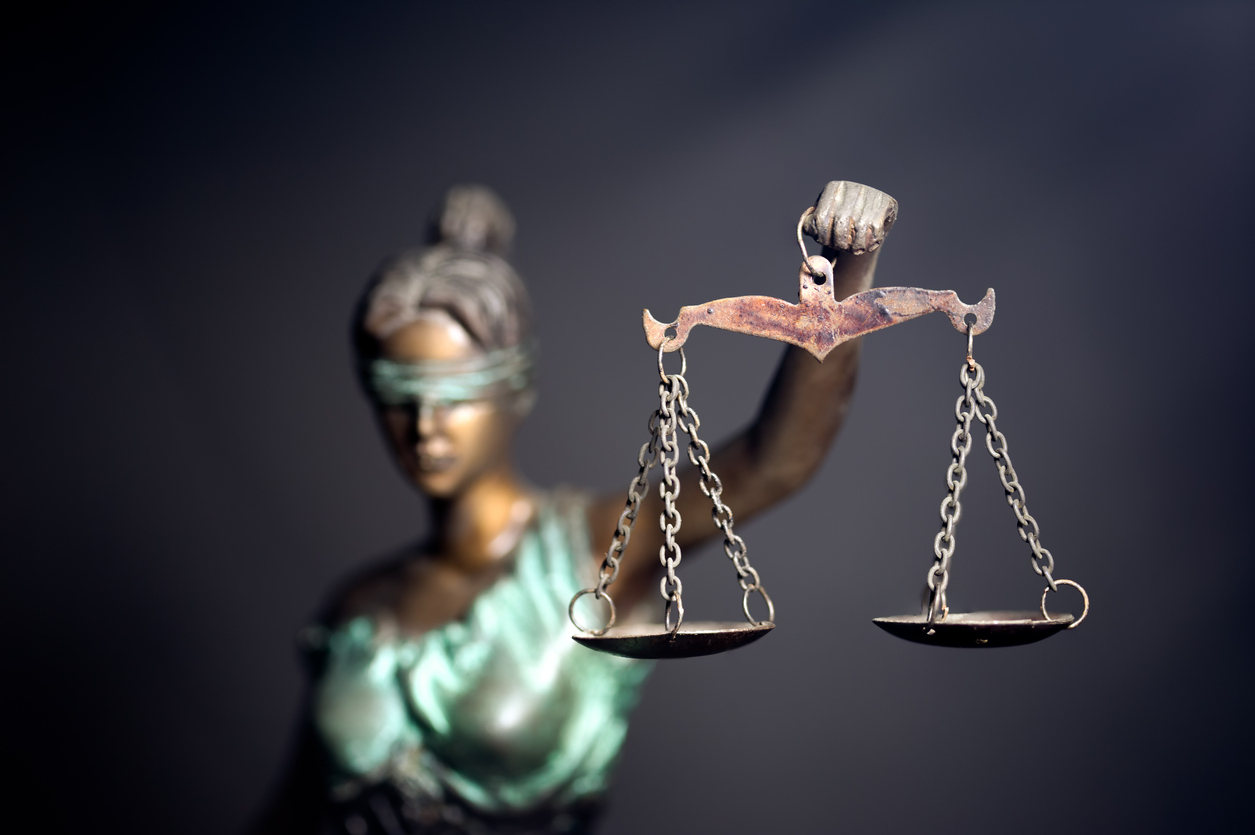 Just months after a small majority of voters rejected a ballot initiative that would have legalized full adult-use in North Dakota, local lawmakers narrowly defeated a bill to decriminalize minor weed possession. The bill, introduced by state Rep. Shannon Roers Jones, would have reduced criminal penalties for the possession of up to two cannabis plants or an ounce of flower. Minor pot possession is currently a misdemeanor charge, punishable by a $1,500 fine and up to 30 days in jail, but the bill would have reduced this to a non-criminal charge with a $200 fine. Roers Jones thought the bill had a good chance of passing, especially since she had the full support of Gov. Doug Burgum, but the House voted 43-47 to reject the bill last Wednesday.

Fortunately, activists are not letting these defeats get them down. Legalize ND, the advocacy group that successfully placed the legalization initiative on last year’s ballot, is working hard to draft a new adult-use measure for the 2020 ballot. “Its official, we are trying again in 2020 for full legalization,” the group announced on social media. “The legislature has proven they have 0 interest in reform, and that they are unwilling to live by their pledge to pass decriminalization as an alternative to full legalization. Website will be launching soon and our language is expected to be released by mid-March.” 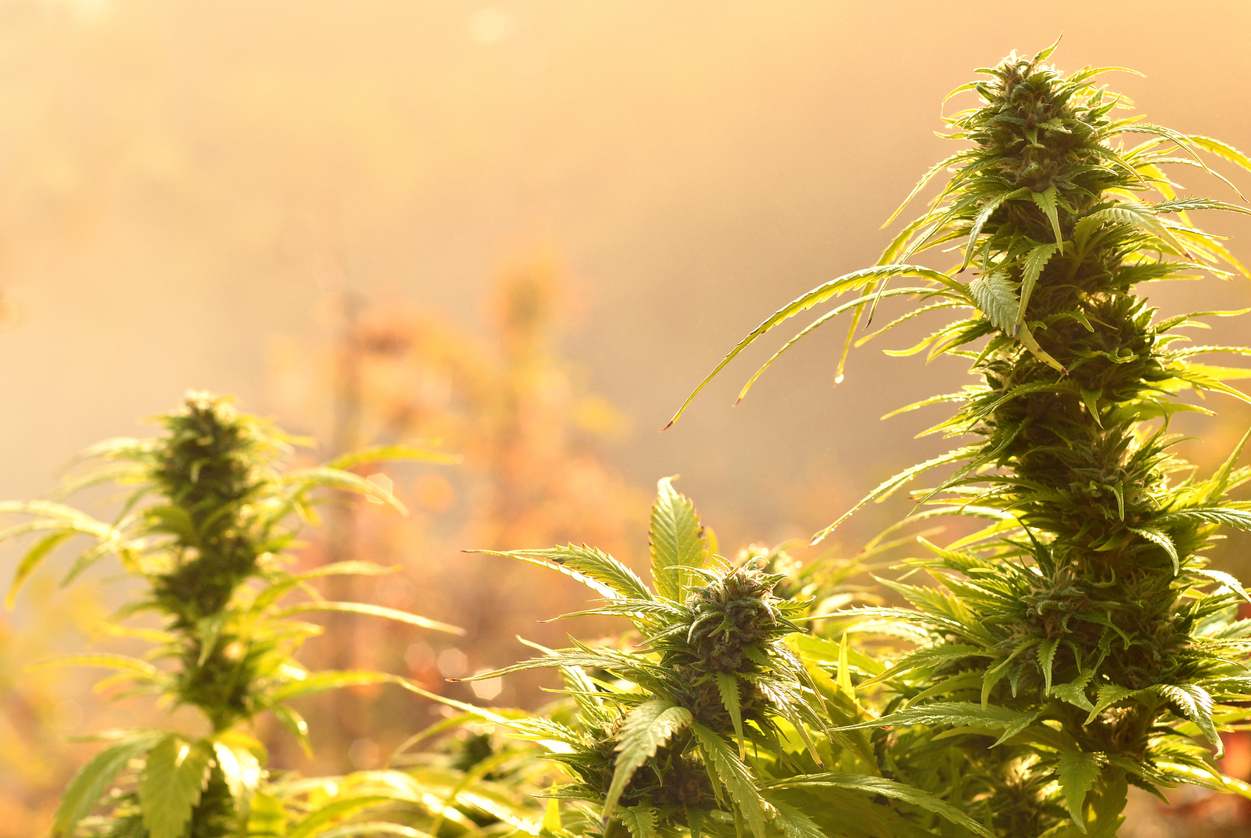 Legal weed is looking increasingly likely for New Mexico, especially now that state legislators just advanced two different legalization bills in one day. Earlier this month, the state House Health and Human Services Committee approved a bill that would create a fully regulated adult-use retail market, allow adults to grow their own weed, and help former cannabis offenders clear their records. This Saturday, the House Judiciary Committee also advanced the bill, after adding an amendment allowing employers to enforce zero-tolerance workplace policies against legal pot users. The bill will now move to the full state House for a vote.

Meanwhile, the state Senate Public Affairs Committee approved another bill with a different take on legalization. This bill would also legalize adult sales and use, but would only allow sales through state-operated retail stores. In sharp contrast to the House legislation, this bill would not allow any home cultivation, nor does it include measures allowing former offenders to clear their records. This bill is not as far along as the House bill, and must still pass two more committees before it can come up for a floor vote.

“Momentum is building for cannabis legalization in New Mexico,” Emily Kaltenbach, New Mexico state director for the Drug Policy Alliance, said to Marijuana Moment. “The fact that sixty-three percent of New Mexican adults across the state support legalization and, for the first time ever, there is bipartisan legislative support for legalization is a great indication that 2019 can be the year we get this done.” 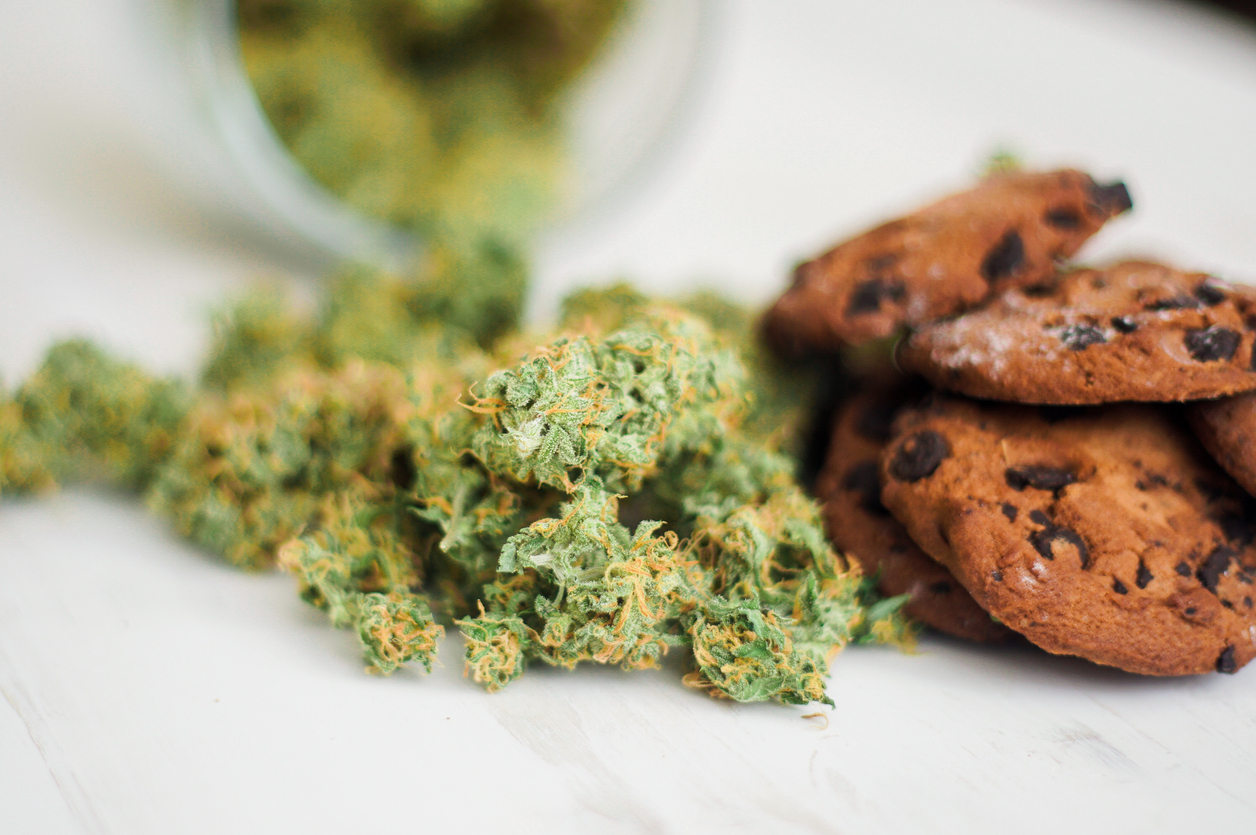 New Research Confirms That Pot Really Does Cause the Munchies

It’s hard to find a portrayal of a cannabis user in mainstream media that doesn’t include a gag involving a stoner stuffing their face with junk food. Most people accept it as a given that pot causes the munchies, but the scientific community has so far been unwilling or unable to determine whether this phenomenon is fact or fiction.

Two researchers from the University of Connecticut and Georgia State University recently decided to get to the bottom of this issue, and conducted a study to discover if there is any evidence to support the “widespread urban myth” that pot causes the munchies. In order to test their hypothesis, the researchers examined retail scanner data from 2006 to 2016 to see if sales of junk food increased immediately after states legalized recreational pot use.

The study reports “that legalizing recreational marijuana leads to an increase in sales of junk food.” After adjusting for the dates that each state legalized, the researchers found that “monthly sales of high calorie food increased by 3.1 percent for ice cream, 4.1 for cookies, and 5.3 percent for chips.”

This boost in junk food sales began after each individual state legalized adult-use, and researchers confirmed that there were no “pre-existing trend differences” that would have otherwise accounted for this boost. Interestingly, the study also notes that the sales of ice cream and chips began to decline in the months following legalization, but cookie sales remained strong.