The popularity of CBD has been growing exponentially year after year, but the legality of this therapeutic cannabinoid has remained uncertain, causing no end of problems for companies wishing to produce or sell CBD-infused products. Relief may be in sight, however — Food and Drug Administration (FDA) Commissioner Scott Gottlieb announced last week that his agency is working on a regulatory framework that will allow CBD products to eventually be sold anywhere in the country.

Also last week, legalization efforts in Hawaii hit a sudden roadblock after legislators failed to advance an adult-use bill that was anticipated to succeed. State lawmakers are not willing to give up, though, and have already advanced a bill to decriminalize pot possession and use. And back in the mainland US, Vermont legislators advanced a bill to legalize full recreational cannabis sales, which remain illegal in the state even though personal adult-use was legalized last year.

In other good news, Facebook is considering changing its strict anti-cannabis policies to allow legal pot businesses to promote and sell their wares, and a new research study has found that microdosing psychedelics can indeed have long-term positive psychological benefits. Let’s dig into the week in weed. 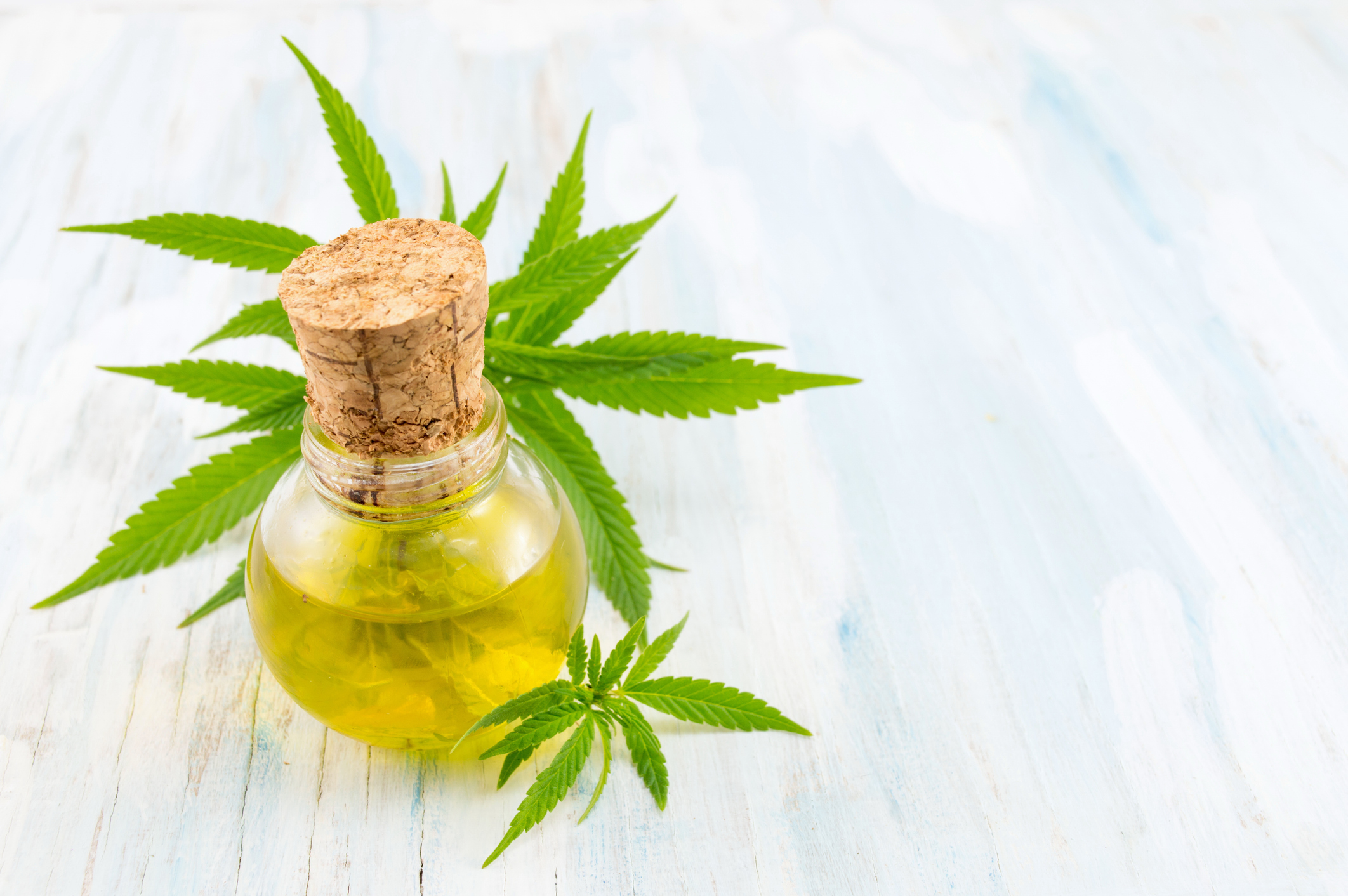 The FDA is Slowly Working Towards Legalizing CBD Products

CBD-infused foods, drinks, creams, lotions, and countless other products have been steadily growing in popularity in recent years, but the proliferation of these products really took off in January, when the 2018 Farm Bill legalized hemp and all hemp-derived products, including CBD. But even though CBD itself is now legal, the FDA continues to ban any foods and drinks infused with this popular cannabinoid, and states like New York, Ohio, and Maine have recently followed the federal government’s lead in banning these products entirely.

Fortunately, the FDA is well aware of the popularity of CBD, and is considering new regulations that would allow infused products to eventually be sold legally. At a recent Congressional hearing, FDA Commissioner Scott Gottlieb said that his organization “heard Congress loud and clear with respect to” the Farm Bill, and that he understands that “Congress wants there to be a pathway for CBD to be available,” Marijuana Moment reports. The FDA has currently approved one CBD-based medication, the epilepsy drug Epidiolex, but the possibility of adding CBD to food is currently the “subject of substantial clinical investigation.”

“We believe it does have therapeutic value and has been demonstrated,” Gottlieb said. “But I will tell you this is not a straightforward process.” The FDA will be holding a public meeting in April to discuss the potential regulation of hemp-derived CBD, and will be creating a “high-level working group” tasked with sorting out the regulatory process. Gottlieb warned that this process “could take two, three, four years,” but promised to “come back to Congress to have a discussion about whether or not there are other frameworks that could help address this,” including the possibility of a new federal law that would specifically legalize the sale of CBD-infused products. 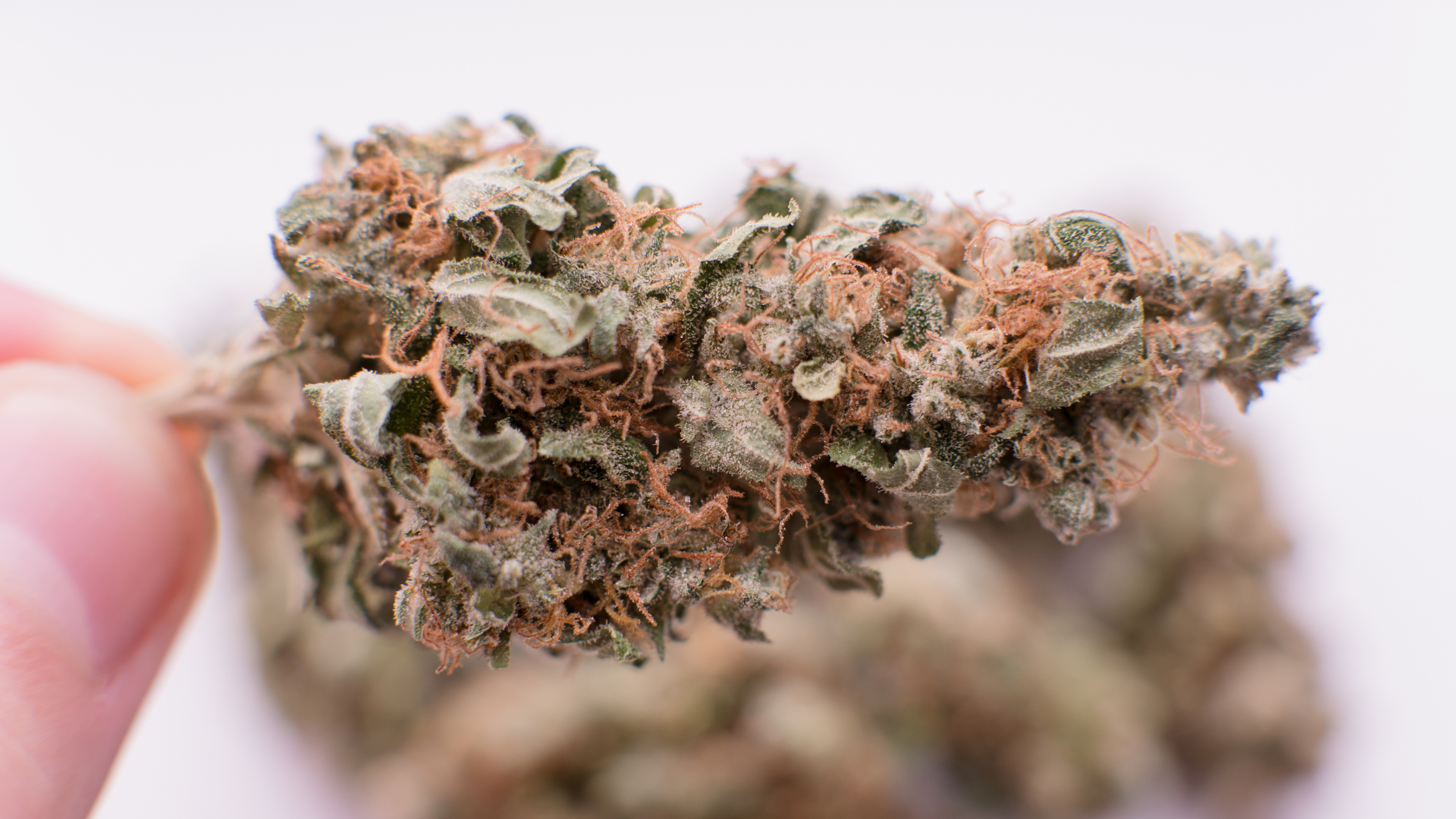 Hopes have been high that legal weed would soon be coming to the islands of Hawaii, but that dream just got shot down last week. As recently as February, lawmakers believed that legalization was “inevitable” after a key Senate Committee unanimously approved a bill to create a legal adult-use cannabis retail market. The bill also would have needed to pass the state Senate Health Committee by last Friday in order to advance to a floor vote, but the committee refused to hear the bill before the deadline, effectively preventing it from passing this year.

Although full legalization has been put on the back burner, lawmakers are still pushing for cannabis reform on a smaller scale. Last Wednesday, the state House Judiciary Committee approved a bill to decriminalize cannabis use, possession, and distribution, replacing criminal penalties and jail time with a simple monetary fine. The bill would also give former cannabis offenders a chance to clear their criminal records and create a working group to study the potential impact of full adult-use legalization.

“Over 1,000 cannabis possession arrests year after year in Hawaii serves no one,” Nikos Leverenz, Board President of the Drug Policy Forum of Hawaii, said to Marijuana Moment. “Cannabis use does not present the levels of injury, illness, and death that come with alcohol use and tobacco use. As we move forward together, repairing the harms produced by eight decades of criminalization should be grounded in the humble aspiration to do better for everyone in our communities.”

Now that the bill has passed the judiciary committee, it will advance to the full state House for a vote. Advocates believe that the bill’s more limited scope makes it more likely that the bill will pass the Senate and be signed into law by Governor Ige. 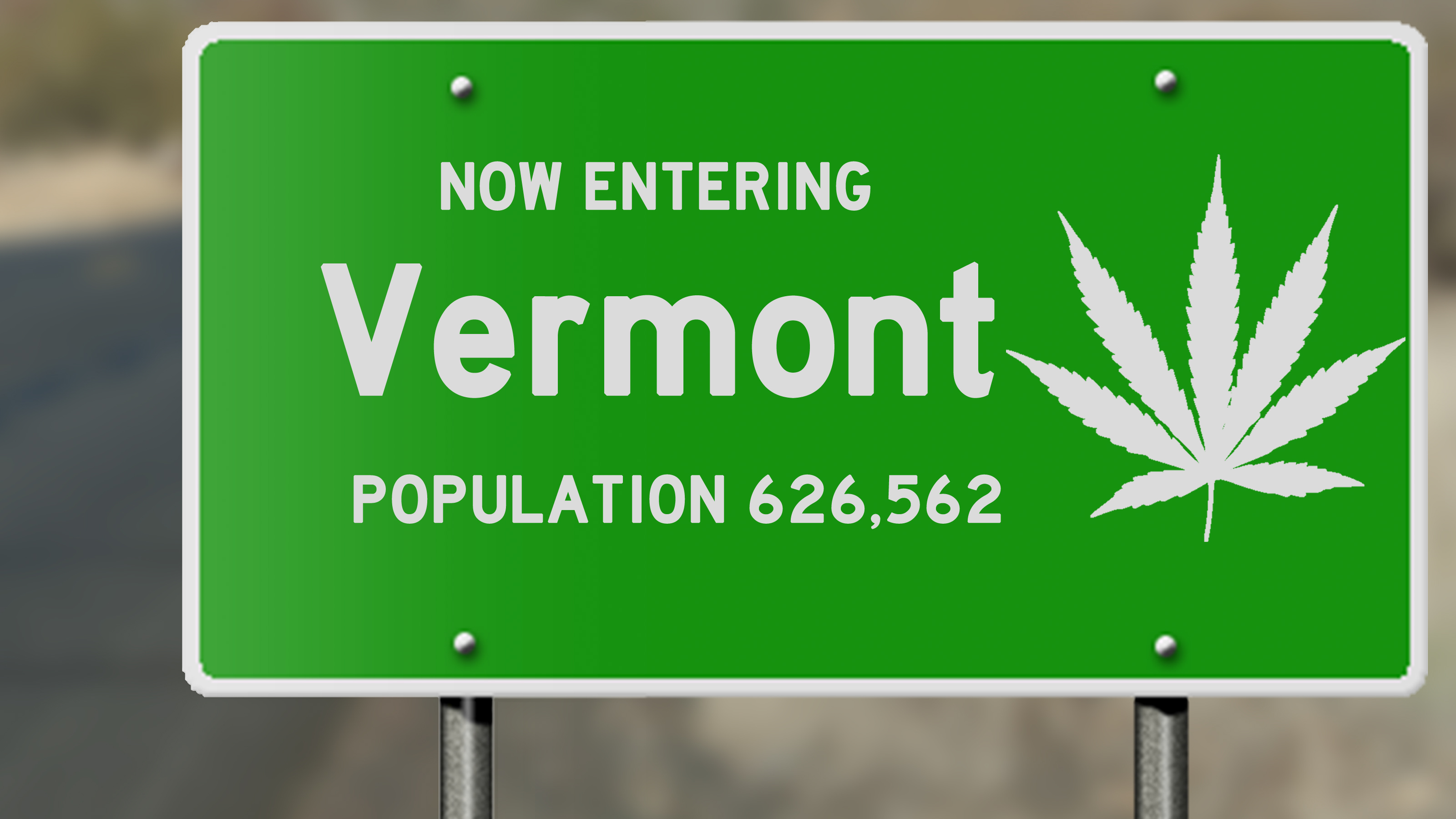 Out of all ten states that have legalized recreational cannabis, Vermont’s take on legalization remains the most unusual. Not only was Vermont the first state to legalize pot through an act of legislation, rather than a popular vote, but it is the only state (not including D.C.) with adult-use that prohibits the sale of marijuana. A majority of state Senators are committed to bringing the Green Mountain State in line with other adult-use states, however, and the Senate just approved a bill last Friday that would allow fully-regulated cannabis retail sales to begin by April 2021.

This bill would levy a 16% state tax on retail pot sales — which could bring the state as much as $7.4 million in its first year of legal sales — and would also allow individual localities to tack on another 2%. The legislation calls for the creation of a Cannabis Control Board to regulate and license retail pot businesses, and would direct this board to prioritize applications from businesses owned by minorities or women. Licenses for growers would be issued by the end of 2020, and licenses for processors and retailers would be issued in time for businesses to open their doors by the following spring.

The Senate’s support of the bill does not guarantee its chances of success, unfortunately. Similar retail legalization bills passed the state Senate in 2016 and 2017, but both bills failed to pass the state House. Governor Phil Scott also remains firmly opposed to retail sales, and has pledged to veto the bill unless it is altered to include provisions for youth drug prevention services and additional traffic safety policies. 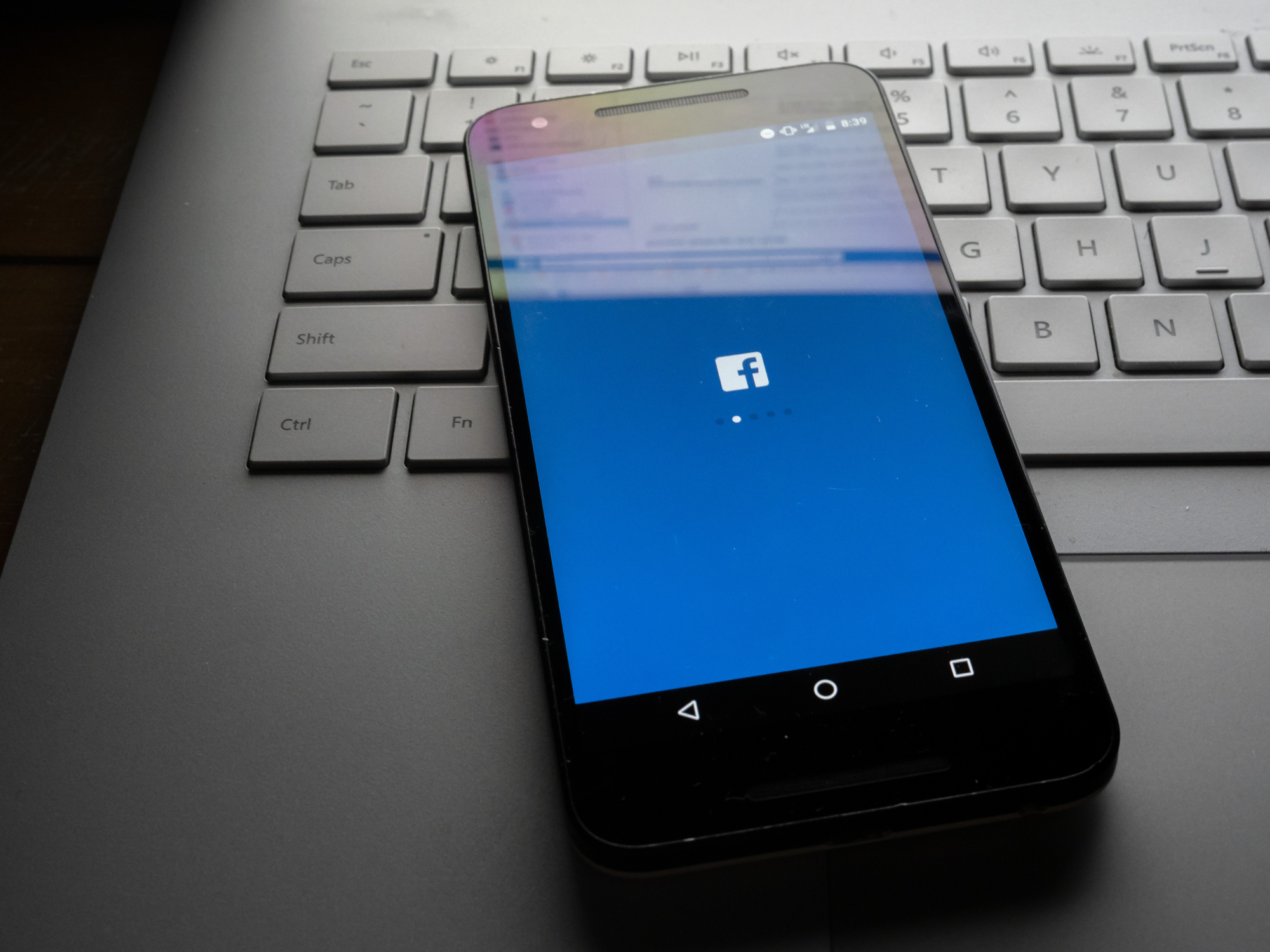 Facebook has never been a good friend to the cannabis industry, and many legal weed businesses have found that their pages have been deleted or hidden from public view thanks to the company’s strict anti-drug policies. The social network is considering making a serious change to these policies, though, and may even allow legal pot companies to promote and sell their wares via the site.

According to The Telegraph, at a recent internal meeting of the company’s moderation policy forum, company officials noted that “our policies at the moment do not allow for the sale of marijuana on the platform,” but floated the idea of loosening “this restriction, especially in relation to medical marijuana, legal marijuana, and brick and mortar stores.”

The proposed change would not directly allow weed to be sold via the company’s online marketplace, or allow businesses to create paid advertisements for weed, but would allow individuals or businesses to post the prices of their cannabis products without fear of censorship. However, as one employee noted at the meeting, “this may be operationally challenging for us… since marijuana faces different legal and social restrictions across the globe. [We] may encounter regional pushback in those areas of the world where the law or [society] views marijuana negatively.”

Employees also raised concerns over how the company could identify whether a cannabis seller was a legal business or a black market dealer, or whether the company could create a filter preventing anyone under 21 from seeing weed-related posts. The company has decided to implement a similar age filter to prevent tobacco companies from targeting underage users, but has not yet put this filter into effect. 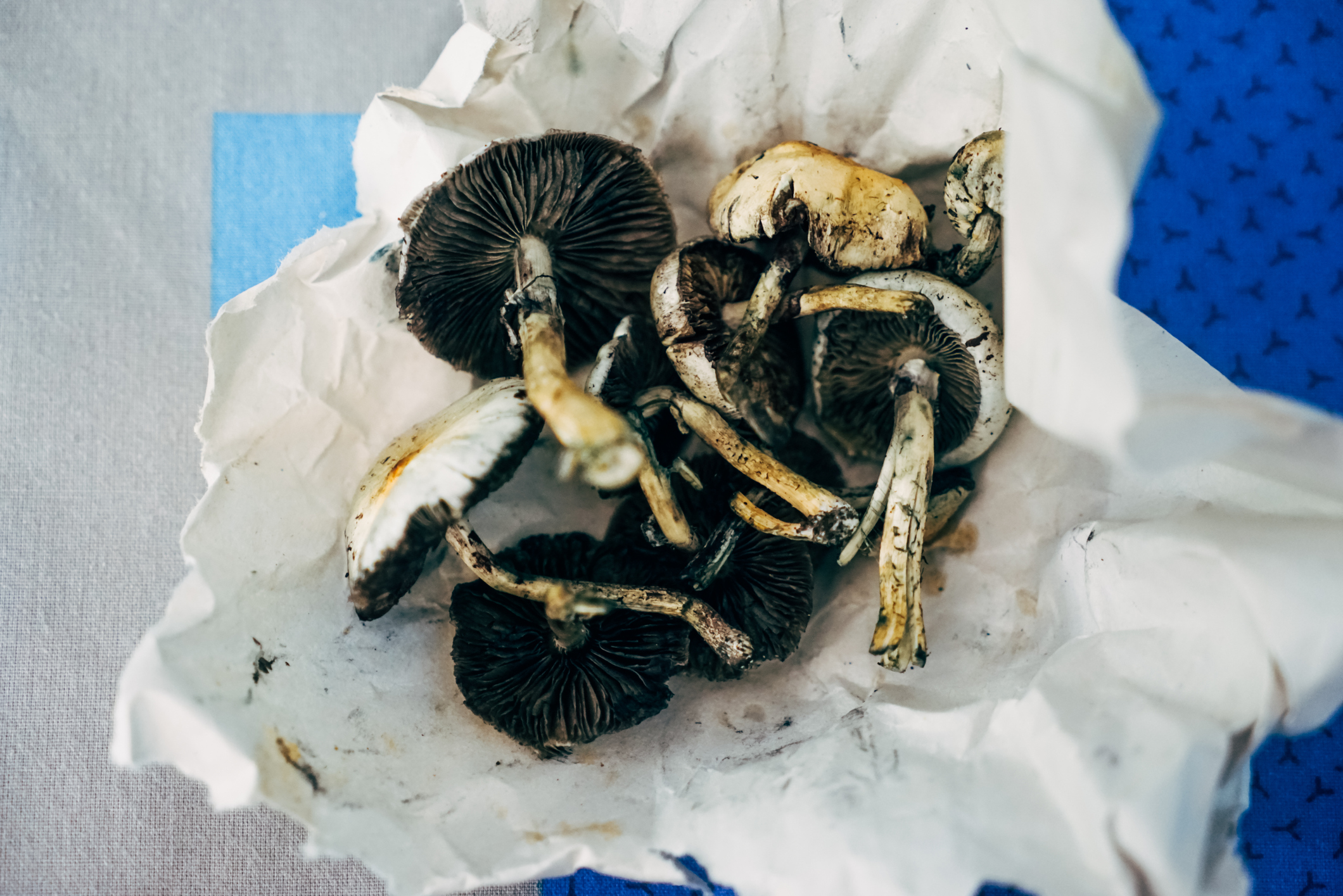 The practice of taking small, regular doses of psychedelic drugs like psilocybin mushrooms or LSD – better known as microdosing – is becoming increasingly widespread, with users reporting long-lasting improvements in health, mood, and general well-being. Although anecdotal reports of these positive effects abound online, there has been little scientific evidence to support or disprove these claims. A team of Australian researchers set out to change that fact, recently publishing a study in the PLOS ONE journal confirming that microdosing does indeed seem to have a number of psychological benefits.

The researchers asked 98 subjects who microdosed regularly to fill out daily questionnaires covering attention, mindfulness, personality, mood, and well-being over a six-week period. The researchers found that “in the short term, microdosing led to an immediate boost across a range of psychological variables but… these effects were (mostly) not sustained over multiple days.”

The team also conducted a second experiment, investigating “pre-existing beliefs and expectations about the effects of microdosing in a sample of 263 naïve and experienced microdosers, so as to gauge expectancy bias.”

Combining the results of the two experiments, the researchers found that while most subjects believed that microdosing would improve their creativity and mindfulness, the most notable positive effects were “decreased depression and stress; decreased mind wandering; [and] increased absorption.” The study also found an increase in “neuroticism,” which the researchers define as changes in primary personality traits, which they believe was attributable to “an overall increase in the intensity of emotions.”

The researchers note that “this was very much a preliminary and exploratory study of microdosing, and there are clear limitations to the study design,” most notably the fact that it relied on users self-reporting their drug intake and honestly answering the surveys. In light of these limitations, the researchers “acknowledge that we cannot draw strong conclusions from these exploratory findings but suggest that the effects identified are worthy of further investigation in future confirmatory research with specific hypotheses.”

In specific, the study recommends that future studies could explore the “impacts of microdosing on improved mental health, attentional capabilities, and neuroticism.”

Marijuana Use in Older People Associated With Positive Effects on Sleep: Study