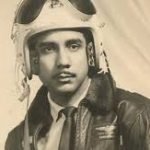 Read the full story  from the Washington examiner………..The nation’s longest-serving marijuana prisoner will be released Wednesday to a halfway home, ending a near 40-year stretch behind bars but bringing uncertainty as the 84-year-old Cuban exile prepares to report to immigration officials.

Antonio “Tony” Bascaro believes his training for the Bay of Pigs invasion will protect him from deportation, but there’s no guarantee ahead of a June 11 meeting at the local Immigration and Customs Enforcement office.

“We are going to go to that hearing and will hear what they have to say,” said daughter Myra Bascaro.

Her father, who used his aviation skills to help import marijuana, does not have an attorney, but his daughter said that he expects public support from fellow Bay of Pigs veterans if he faces deportation.

“The people that know him from that group have been very supportive,” she said. “If they try to send him away, possibly to Guatemala or Cuba, I know they are going to stand up for him.”

His daughter raised the possibility of deportation to Guatemala because he formerly lived there, but she doesn’t know if he’s a citizen.

Bascaro’s family is preparing a brief celebration. His three children will be waiting around 9 a.m. with a Cuban sandwich and “real” Cuban coffee. The family believes they will be able to drive him from the Miami prison to the halfway home, then see him for two hours Saturday.

“The last time I saw my dad not in prison was when I was 13 years old. It’s the first time I’m going to get to hug him when he’s not in jail,” said Myra Bascaro.

The aging exile, who walks with a cane, has kept in touch with friends and supporters using prison email. Bascaro was scheduled to be transferred to a halfway house last year, but the plan was canceled due to his citizenship status.

Bascaro’s sentence officially ends June 8, but he learned of his unexpected May 1 transfer earlier this month.

Six decades ago, Bascaro was recruited by the CIA to train in Guatemala to overthrow Fidel Castro. He relocated to Nicaragua for the invasion, but it quickly failed. Bascaro’s plane didn’t leave the ground. More than 100 comrades were killed and 1,200 others jailed.

Bascaro was recruited in part because of his experience in the 1950s as a military pilot for the government of Cuban dictator Fulgencio Batista. The Bay of Pigs Veterans Association confirmed Bascaro’s participation, and he’s included on a publicly available list of veterans.

After the failed 1961 invasion, Bascaro returned to Guatemala and married a local before divorcing and moving to Florida, where he was recruited in the late ‘70s to join a pot-smuggling ring. Bascaro helped import more than a half-million pounds, using scout landing sites from above on Florida’s coast. Bascaro said in 2016 that he earned up to $1 million over two years.

Jose Luis Acosta, the operation’s ringleader, cooperated with authorities and was released in 1994 after 12 years in prison. Bascaro did not cooperate and was sentenced to 60 years in prison. He will get out after about 40 for good behavior.

Geeker said he was surprised when informed by a journalist three years ago that Bascaro was still in prison. “I thought probably that by this time he would have been released,” he said.

Myra Bascaro plans to post footage of her father on a Facebook page that she used to draw attention to his case, including failed efforts seeking clemency from former President Barack Obama.

Povah said Bascaro’s severe punishment should “be taken under consideration when his deportation status is reviewed so that he can live his twilight years surrounded by his loving family.”

Beth Curtis, director of LifeforPot.com, said nobody currently in prison has served as much time as Bascaro for nonviolent marijuana crimes, though some people, including her brother, have life sentences. Curtis noted that since 2012, 10 states have legalized recreational marijuana.

Bascaro told the Washington Examiner in February he’s not sure what to expect.

“My life will be in jeopardy, if deported,” Bascaro said. “But by experience, I’m ready [for] anything that may happen at my release.”