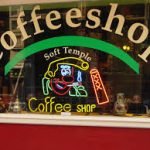 Back in the nineties Amsterdam was considered the Mecca of Cannabis. As the sacred plant was prohibited almost everywhere, Cannabis fans from all over the world were visiting the picturesque city in Holland to enjoy their favorite joints. A whole cannabis culture began to built up as more and more tourists mostly from Europe but also from other continents chose to visit Holland and its famous cannabis shops.

This Cannabis Culture slowly transformed the city. The Marijuana community started Cannabis Cups and other events to celebrate their passion and promote their products. Hundreds of shops opened selling Cannabis seeds and paraphernalia. The tourists kept on coming. Cannabis became the synonymous of Amsterdam. The local Dutch authorities and their government did not refuse to cooperate and facilitate as the profits were huge.

Despite popular belief cannabis is not legal in the Netherlands – it is decriminalised for personal use and can be consumed “in a tolerated way” in coffee shops. Although selling cannabis remains illegal, it is for these establishments “illegal, but not punishable” and this pragmatic approach selling system is subject to a number of rules.

Since then many things changed. The changes in politics made through the years the Dutch policies less Cannabis friendly to the coffee shops and as a result many of them had to close permanently.

The number of coffeeshops started gradually declining. First was the introduction of a minimum distance from school policy at the local level. This started from Rotterdam were in 2009 closed 16 coffeeshops located within 250m of schools. A few years later, the national government decided that 2014 no coffeeshop should be located within 350m from schools

At the same time the southern municipalities of the country were attracting thousands of tourist from Belgium, Germany and Luxembourg. This fact started a debate locally and internationally. Then on 1 May 2012, the private club and resident criteria were introduced in the municipalities of the provinces of the South (Limburg, Noord-Brabant and Zeeland).

A “weed pass” was needed as proof of membership (club pass)for admission to a coffee shop. The coffee shop became a private club, where only members are allowed. Access to the coffee shop required living in the Netherlands and being of age.

Many municipalities had difficulty with current practice.The tourists kept on coming. But instead of buying from the coffeeshops they were buying from street dealers. The result was more disturbance and criminality than before. The “weedpass” did not work at all. So except those 3 South provinces, many big cities like Eindhoven, for example, after experiencing the nuisance on the street by dealers selling to foreigners. they decided to opt-out, and reopened the doors of coffee shops to foreigners.

The latest development took place 2 years ago, when a new national government that took office in October 2017, voted for a proposal to revise the Opium Act – so there will be a way to regulate cannabis supply to coffeeshops in a closed circuit from plant to consumer.

The so called “back door” of the coffeeshops was always the cornerstone of the Dutch Cannabis policy. While the sales was permitted for the clients entering the front door, the bulk supply that happens from the back door was illegal but “tolerated”. The new plan has to solved the supply of coffeeshops in another way. An experiment was announced that would allow six to ten municipalities to participate in a project where coffeeshops will get their Cannabis under a controlled way and strict conditions. Additionally an independent advisory committee will be monitoring the whole development of this project.

Times are changing not only in Holland but worldwide.In the Netherlands, an estimated 16.1 % of young adults had used cannabis in the last year, compared with 13.3 % in Germany, 10.1 % in Belgium and 22.1 % in France.

Today cannabis is sold openly in 573 ‘coffeeshops’ operating in 103 of the 380 municipalities in  the Netherlands. The revenue from coffee shops is huge. Some years ago, there was a relevant piece on news stating that, the Dutch government is earning per year more than 400 million euros (a little more than $600 million) in taxes from the country’s 730(at that time) marijuana-selling coffee shops.

Five years ago a study showed some important numbers concerning the revenue from the sales of Cannabis products. The research took place in 2013 with the participation of over thirty coffee shops and the researchers also asked seven hundred customers to tell the amount they had spent on cannabis. The Dutch newspaper Trouw asked the researchers to calculate an average profits of a so called coffee shop in the Netherlands. It seems that the numbers are big.Each coffee shop has a turnover of around 1.7 million euros per year.

It seems that the total revenue(nationally-in the Netherlands)of about six hundred coffee shops. This means that annually, there are approximately one billion euros changing hands in the Dutch coffee shops.