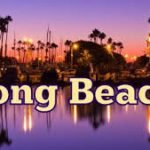 Labs are used to test crops and manufactured products for contaminants and determine the level of psychoactive substances in the plant or product. Cannabis companies use labs to perform product tests required by the California Bureau of Cannabis Control or for research and development purposes.

Trevor Barrett, the PRFCT Labs chief executive officer, said the city’s stance on medical marijuana first attracted the company to Long Beach when its leadership began scouting locations in 2018, before many cities had fully implemented local ordinances on recreational cannabis. “A lot of counties were in the dark then about what they were going to do in setting regulation,” Barrett explained. “Long Beach had already gone forward in allowing the medicinal permitting and we were in contact with people, and they [the city] were pretty public about the fact that they were going to go recreational.”

PRFCT Labs uses a process called “volatile solvent manufacturing” to produce extracts and concentrates from cannabis plants. “That’s really our main business, and cultivation is where our heart lies,” Barrett said. “We do it all.” The company’s Long Beach facility will include separate areas for cultivation, testing, manufacturing and distribution. “We’re just a boutique, craft cannabis brand, and what we do is produce the most high-end quality with the small space that we have,” Barrett explained.