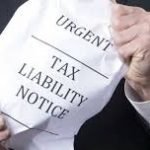 Do not stop reading this article based on the premise the above statement does not apply to you because you are a well-established cultivator and the bulk of the taxes on cannabis apply to dispensaries and distributors. Taxes impact the amount a cultivator will receive. All of the money that various governmental agencies take out of California’s cannabis industry is not available to pay costs and to provide profits. Cultivators, distributors and dispensaries must split the money that is left after all of the taxes on cannabis are paid.

This article was prepared to illustrate the impact of the total tax load on California’s commercial cannabis industry. This article utilizes a simple example to illustrate the totality of the taxes that are directly and indirectly imposed on the commercial movement of cannabis in California from a cultivator to consumers. The totality of the taxes imposed on California’s cannabis industry are: Cannabis Cultivation Tax (“CCT”); Cannabis Excise Tax (“CET); Sales Tax; City and County Cannabis Taxes; and not to be forgotten California and Federal Income Taxes.

As is noted above, even for those California cannabis businesses that do not appear to be impacted by most of the taxes imposed on cannabis, an understanding of the effect of these taxes is critical to success. Taxes dramatically impact the prices at which cannabis is transferred between segments of the industry even if the taxes are not directly imposed on a particular segment.

We have prepared three Pie Charts to illustrate the impact of taxes on California cannabis businesses. The illustrations below are based on the transfer of a pound of flower by a cultivator through a single distributor to a single dispensary that sells the flower to consumers.

The Pie Chart on the left (below)  reflects a division of dollars between taxes, dispensary, distributor and cultivator based on an arbitrary percentage of the total amount paid by the consumers. In this Pie Chart 40% of the total dollars collected from the consumers are allocated to taxes and the remaining 60% of the total dollars are divided equally between the Dispensary, the Distributor and the Cultivator.   In reality the percentage of the money collected from consumers from a sale of flower that will ultimately be paid over in taxes by a cannabis business will range from 30% to over 50%.

In all instances involving the commercial movement of cannabis from cultivator to consumer in California, the total taxes collected and paid over to governmental agencies in connection with a sale of flower will generally be around 40+% when all of the taxes are taken into account. Each of the Dispensary, Distributor and Cultivator will receive 15%-25% of the money that remains from a commercial sale of flower. In the Pie Chart on the left we divided the remaining 60% of the total dollars equally between the Dispensary, the Distributor and the Cultivator. We made the divisions between the four segments of the Pie Chart broad in order to illustrate that there will always be a range to the share of the total dollars that will be received by a particular segment in a particular instance.

The Pie Chart in the center illustrates the movement of flower from a cultivator to consumers with the dollar amounts we have attributed to these transactions in our example. The Pie Chart in the center does not take into account the estimated income taxes that will be incurred by the Dispensary, Distributor and Cultivator. The Pie Chart on the right takes into account the income taxes that we estimate will be incurred.

Based on the preceding assumptions, the total income taxes imposed on the Dispensary, Distributor and Cultivator will be $577.60 ($384.00 + $80.00 + $113.60). These assumptions regarding income taxes increase the total amount of taxes due various governmental agencies out of the $3,480.00 paid by the Consumers to $1,645.60. The total amount left to be divided among the Dispensary, Distributor and Cultivator after-taxes is $1,834.40. As the reader will immediately see, significantly more than 40% of the $3,480.00 paid by the Consumers for the pound of flower will be paid by one of the three cannabis businesses in taxes to various governmental agencies.

When income taxes are taken into account based on the preceding assumptions, the percentage of the $3,480.00 allocated to taxes is 47.3%. The percentage of the $3,480.00 retained by each of the cannabis businesses after all taxes are taken into account will be: Dispensary, 16.6%, Distributor, 14.90% and Cultivator, 21.2%. Each of these businesses must recover their costs and make their profit from these modest percentages of the total dollars collected from cannabis consumers. Of course, if a California cannabis business, other than a dispensary does not make a profit, income taxes are moot. However, a dispensary may have an income tax liability even if it loses money because of IRC §280E under the present state of the law.

Can anyone interested in the successful operation of a cannabis business in California doubt that the management of the collection, reporting and remittance of the many taxes imposed on California’s cannabis industry is critical to success?

Tax management demands professional expertise. Tax liabilities cannot be managed in the absence of financial record-keeping and tax reporting systems that are specifically designed for the industry and for the business function within the industry.