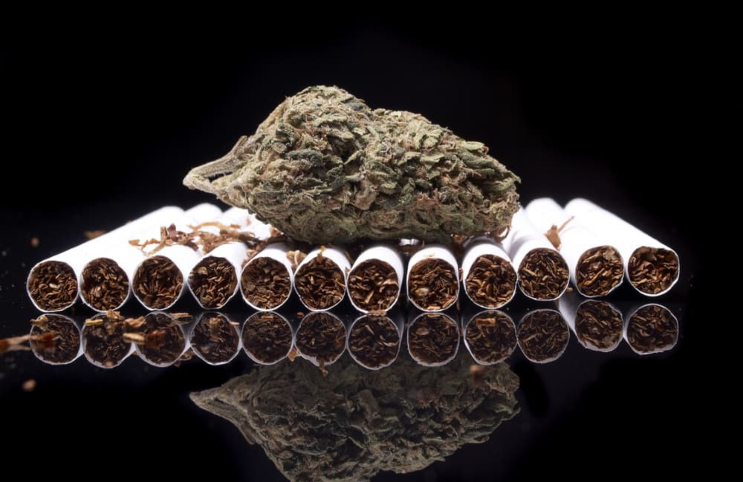 Impact of Co-use of Cannabis and Tobacco on Young Adults

A recent study suggests that after cannabis becomes legalized in more and more countries it is shown to be harmful if cannabis and tobacco or other nicotine products are used together. This results in poor functioning, mental disorders, and many other severe cases. It is highly advised not to consume cannabis and any other tobacco or nicotine products together if you want good health and a better life.

It is also said that cannabis mixed with tobacco or nicotine products results in products such as vaping devices that allow users to use both products simultaneously. The people consuming both products at the same time results in poor functioning compared to those consuming separately. Mixing cannabis and tobacco is more common in other countries compared to the U.S. But in recent years, cannabis and tobacco or nicotine co-usage in the U.S. has risen among adults.

The study shows that people are suffering either by getting a mental disorder, skipping school, and can become more susceptible to fighting and getting in trouble more frequently. Young adults who used both products in the past year, but did not use them on the same occasion, did not show greater risk compared to those who used only one of these products.

Joan Tucker, the lead author of the study and a senior behavioral scientist at RAND, states, “How these products are used together matters in terms of potential consequences and functioning among people in their late teens and early 20s. Our findings suggest that we can no longer just think about the consequences of tobacco use or marijuana use alone — we have to think about them together.”

Students of the age group 18-25 consume more of this than other age groups. It is also shown that 17% of young adults used cannabis and tobacco, one right after the other and 14% of young adults combined the two products into one device thus using them at the same time. So, it is time to help the future of the country by making some important decisions related to cannabis and tobacco products.

The post The Impact and Co-use of Cannabis and Tobacco on Young Adults appeared first on Marijuana Stocks | Cannabis Investments and News. Roots of a Budding Industry.™.