In the 22nd (!) installment of our series, Weed Dude and his crew lament how New York botched its plan to legalize weed. Sure, that wouldn’t be good for the budman’s black market business — but Weed Dude isn’t greedy. He just wants everyone to be as high as him!

As the THC tribe mulls over how to push drug reform in the Big Apple, something sinister is happening below the streets. The Evil Scientist is alive and he’s evolving into something monstruous… something much worse than marijuana prohibition. 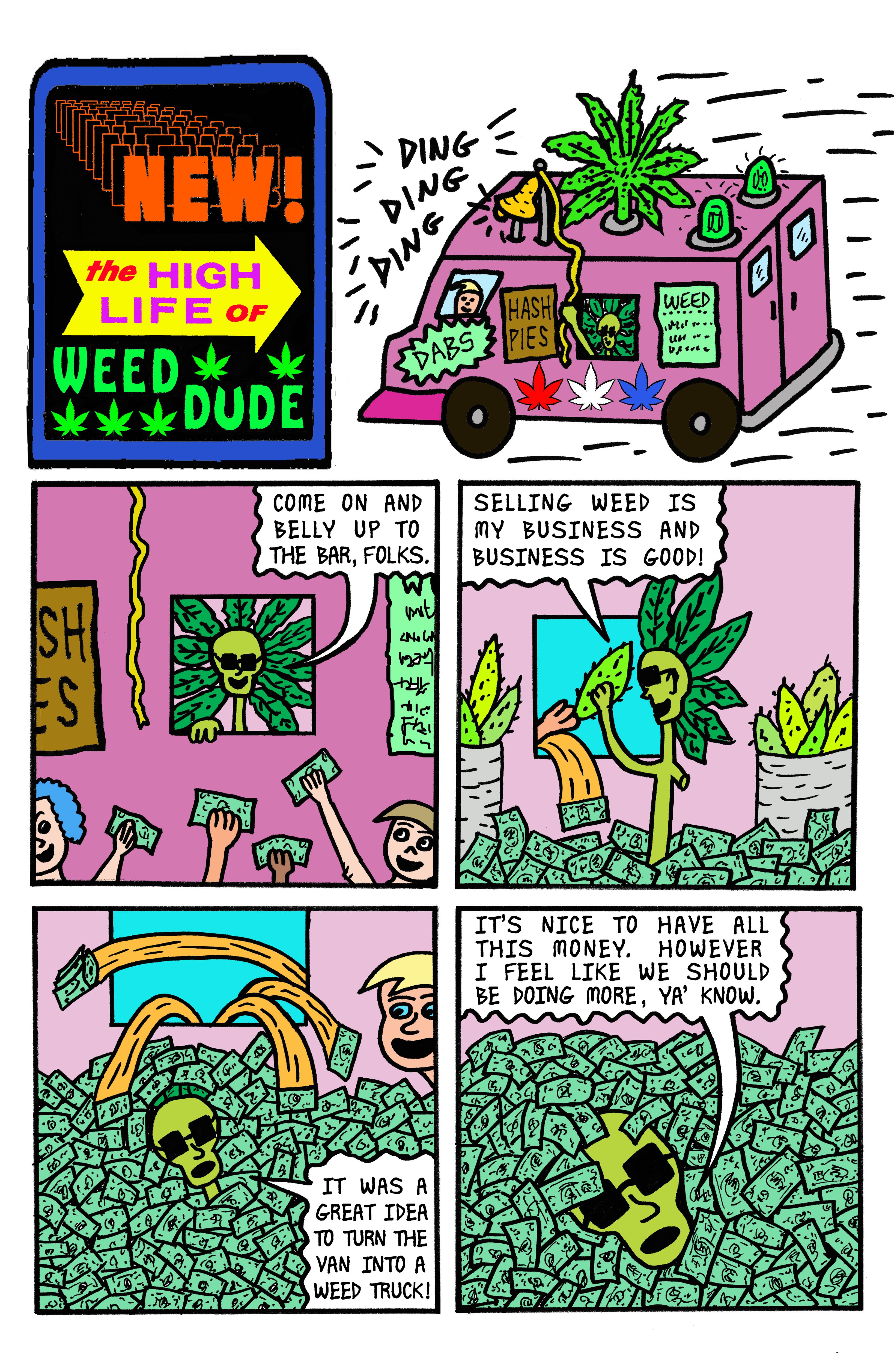 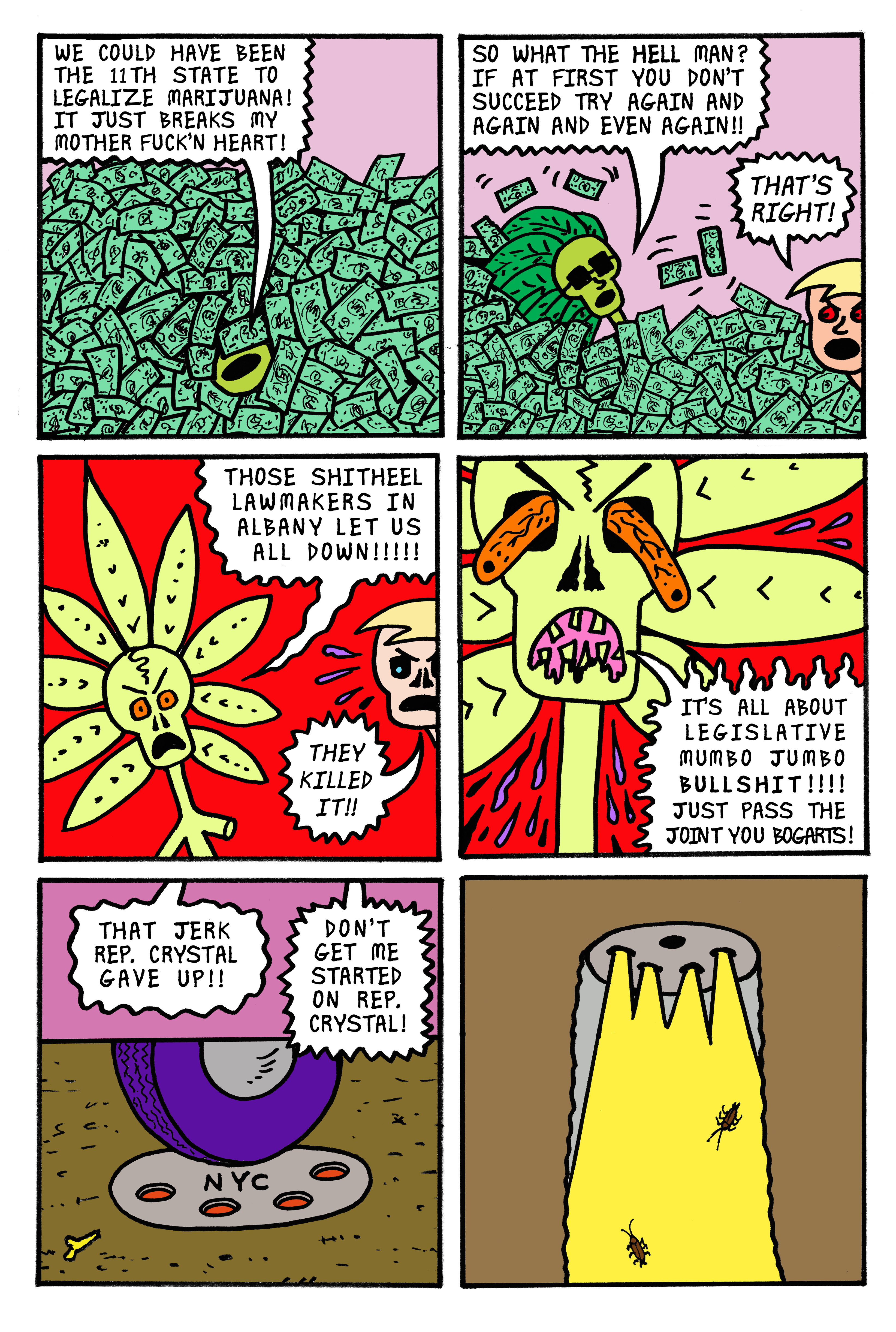 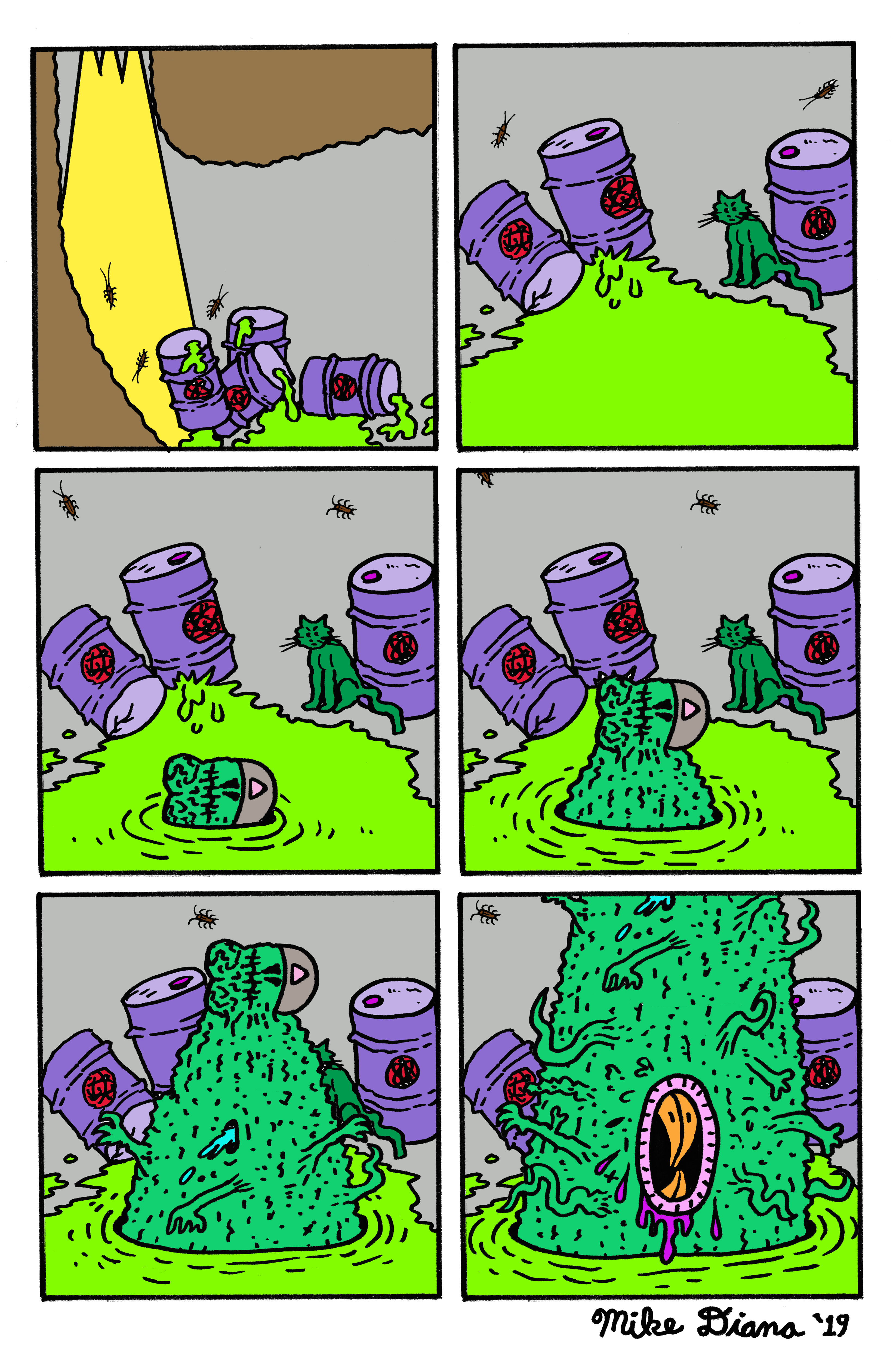