In the 20th (!) installment of our series, we learn a little more about the backstories of our main buds. See, we already know how Weed Dude became Weed Dude, but who was he before he was turned into a walking, talking stalk of cannabis?

Furthermore, who exactly is the evil scientist who’s been chasing down our hero? Why is he such a g’damn narc? In this special comic, we finally get some answers… and the sex robot gets some sex, too! 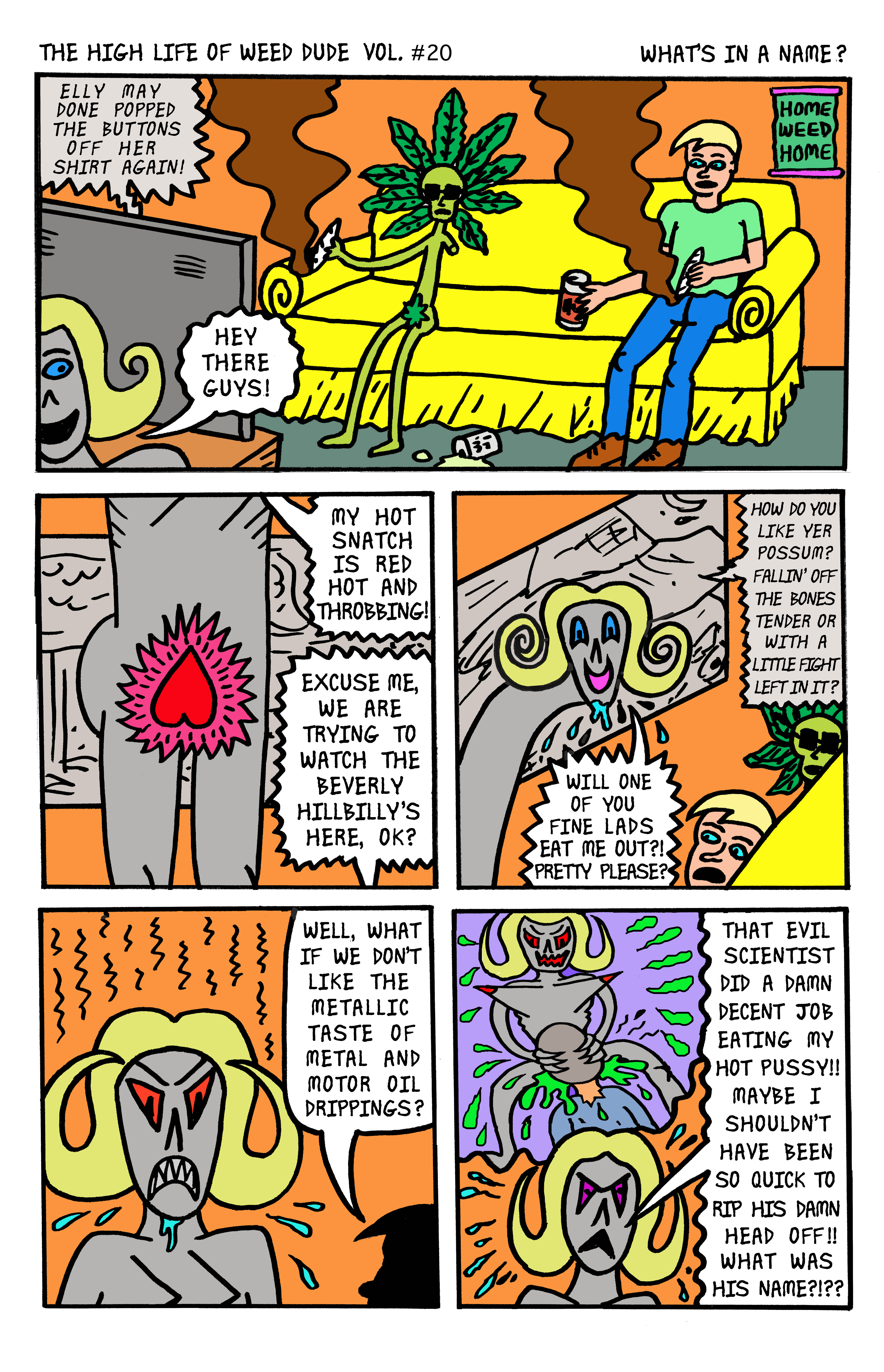 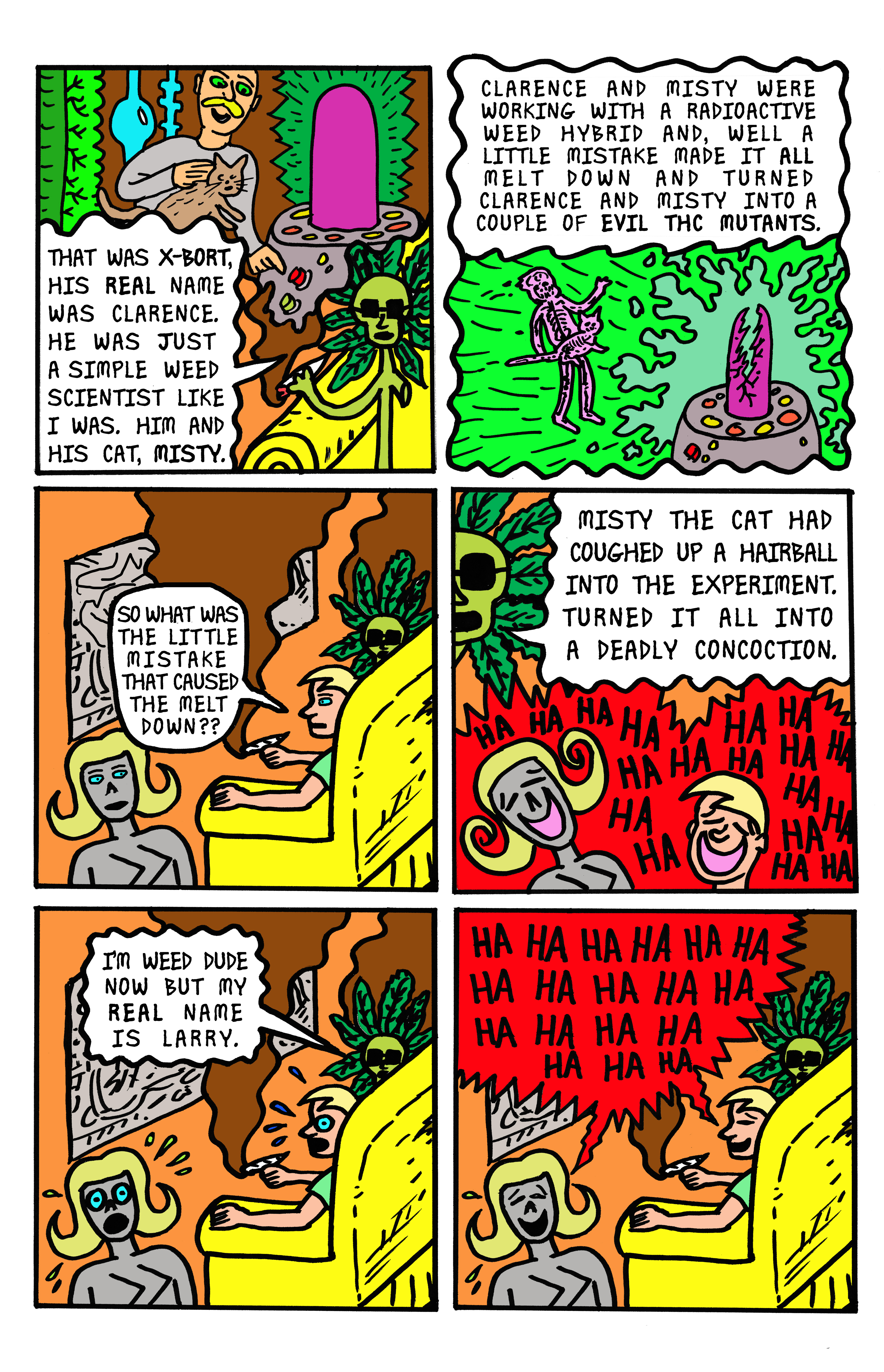 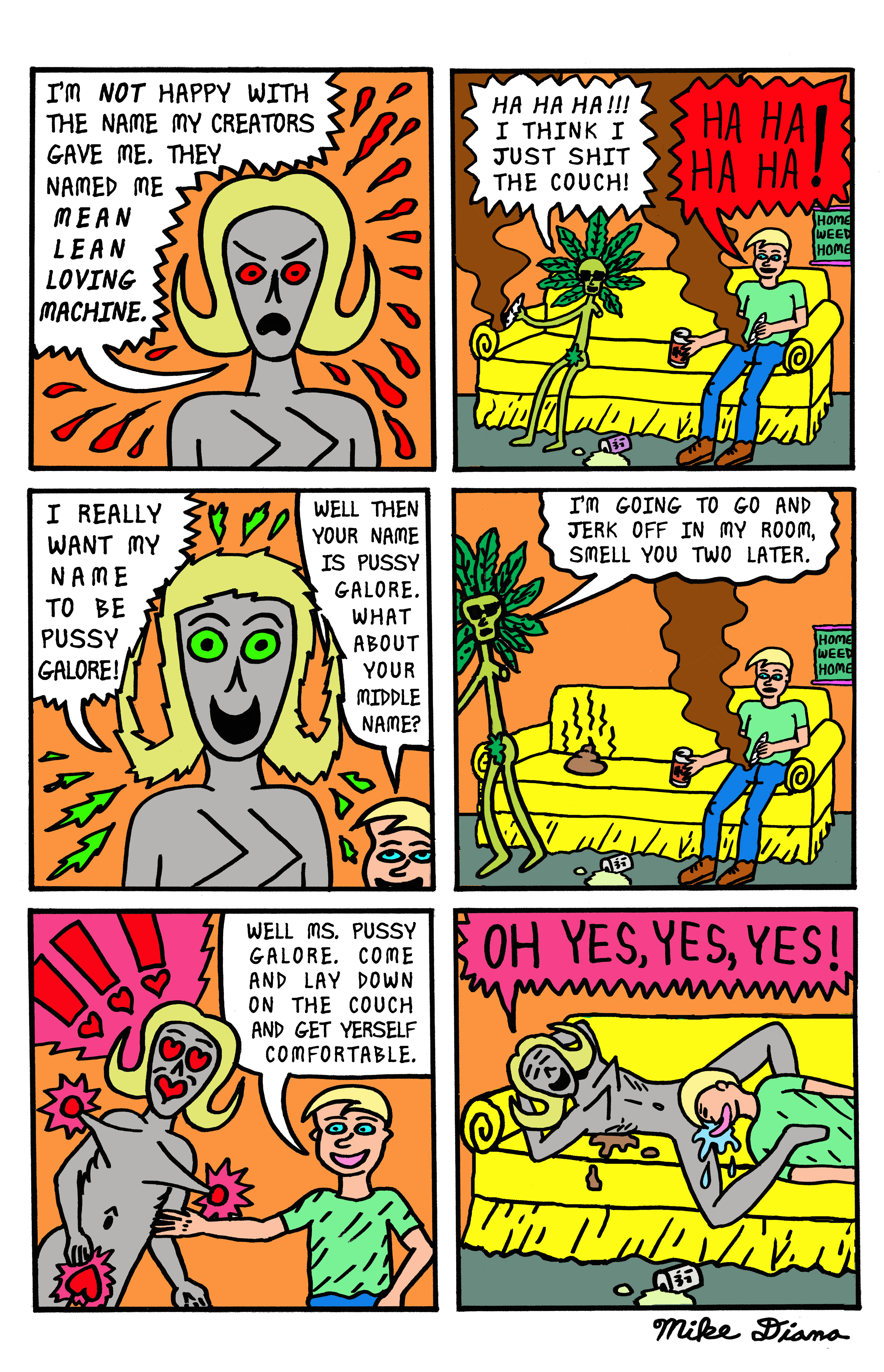