For this special 4/20 edition of the comic, Weed Dude and his pals hang in a park to get baked on the highest of high holidaze. But this year’s festivities overlap with another special annual event: Easter.

And guess who’s cameo’ing the smoke sesh? We’ll give you a hint: furry, hoppity, and chock full of edibles. That’s right — the Easter Bunny is here to join the pot party!

The reefer-friendly rabbit isn’t the only biblical bud to drop by Weed Dude’s celebration, though. Let’s just say our other “celebrity” in this week’s comic can turn water into weed… 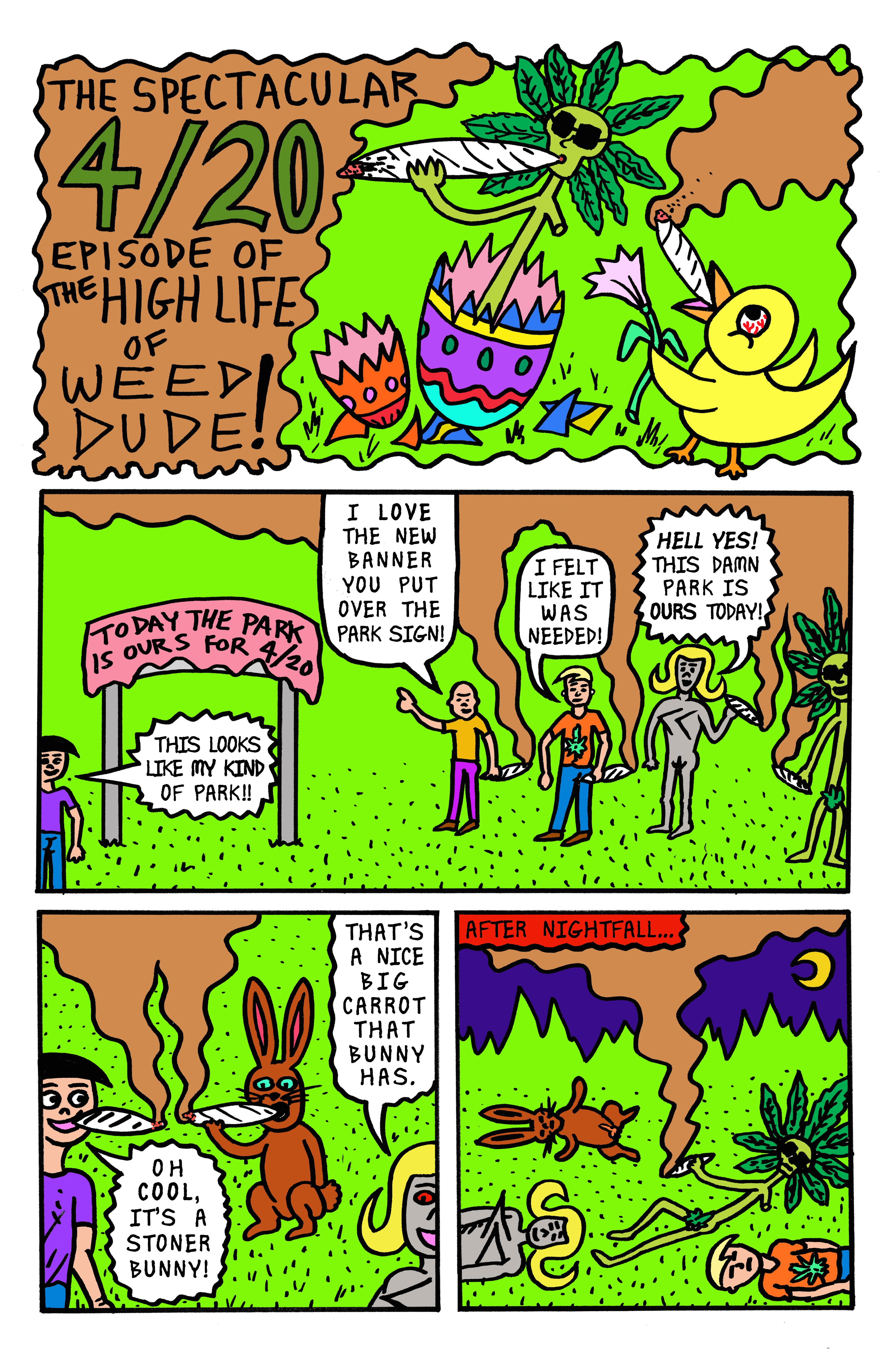 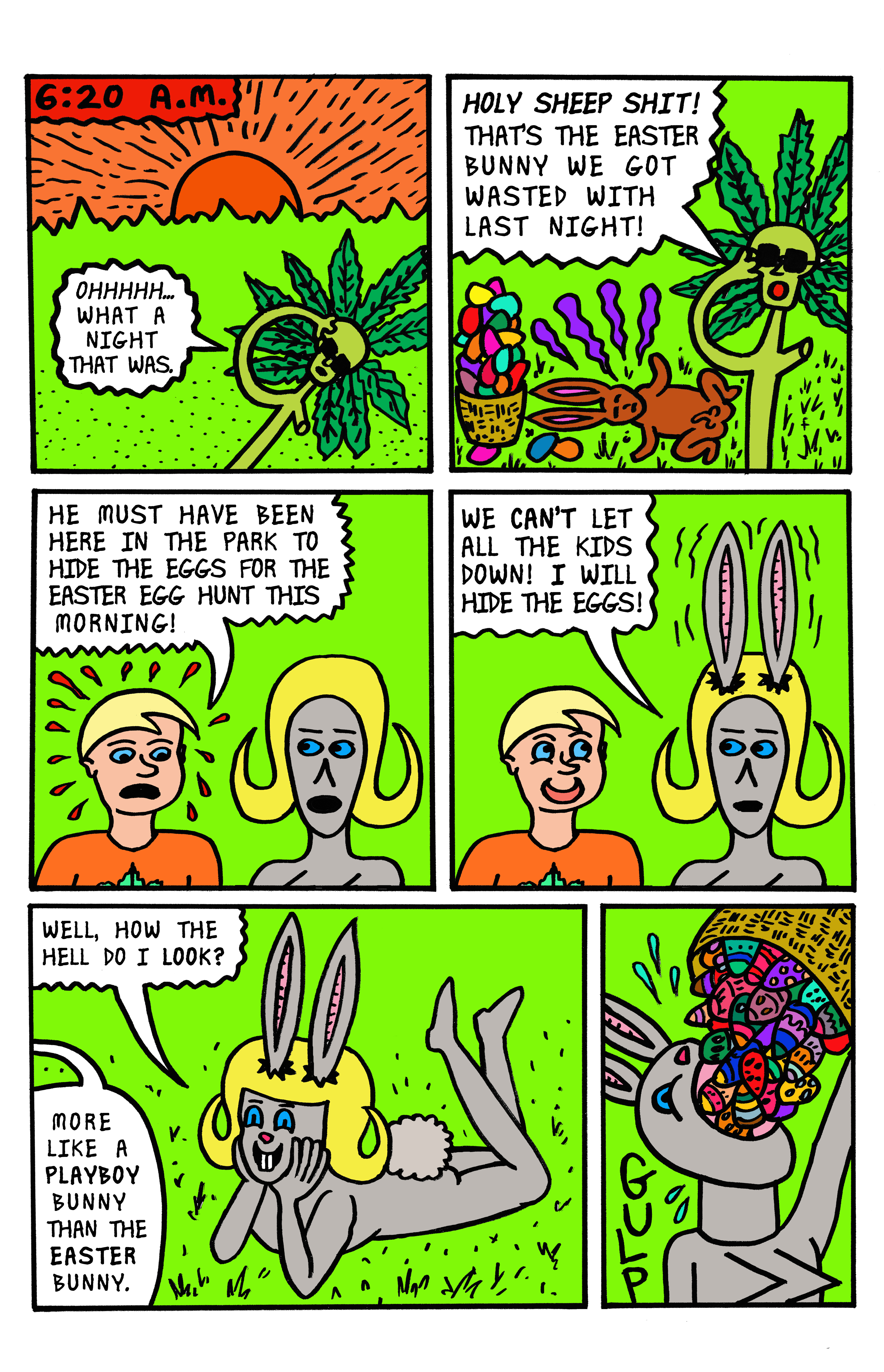 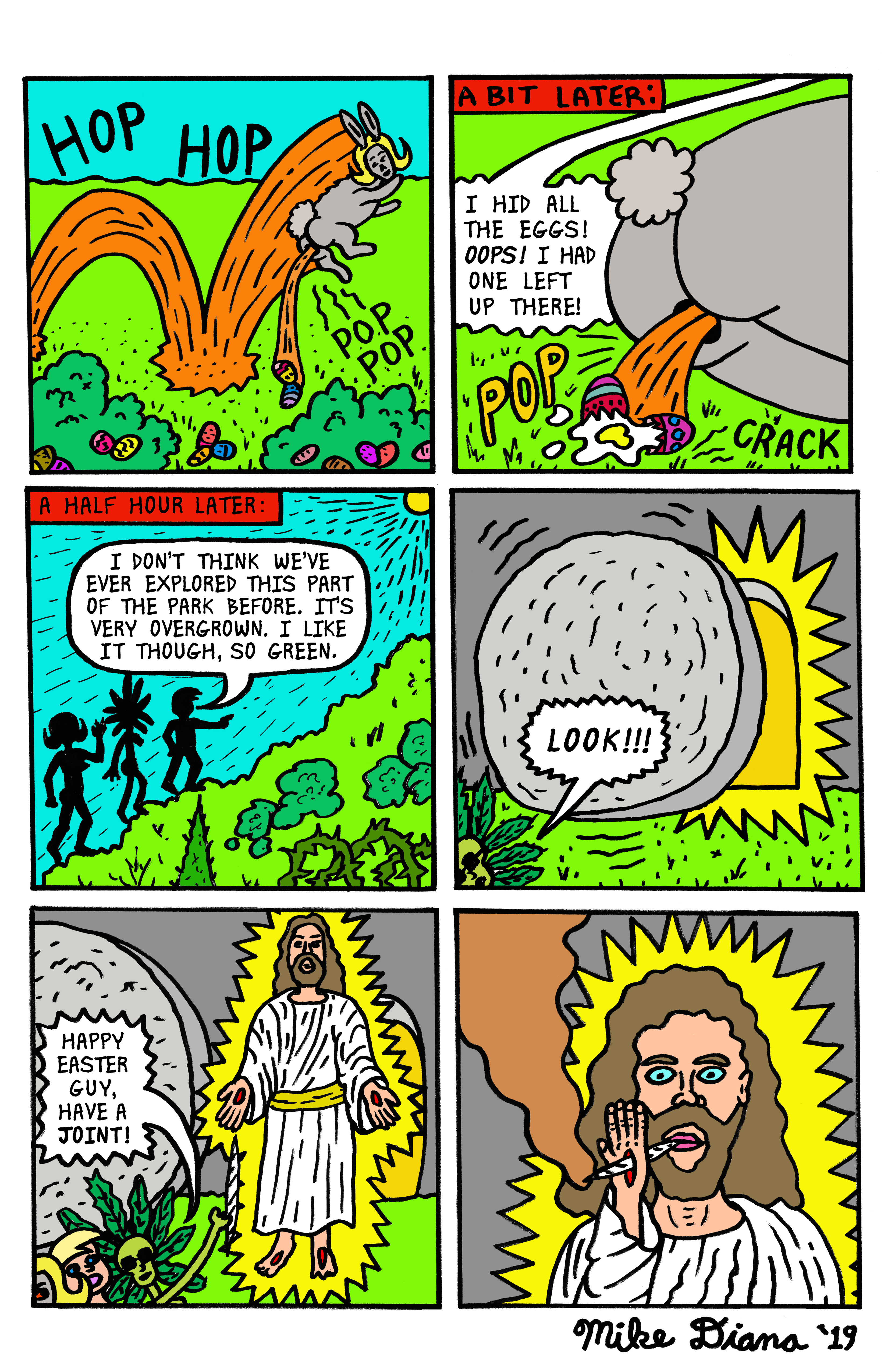