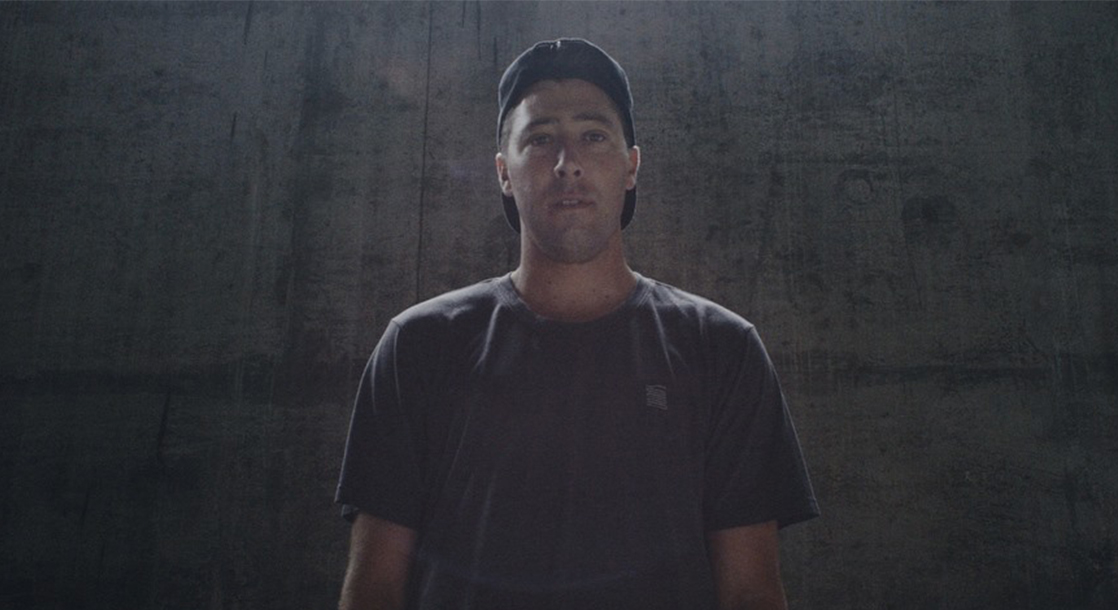 Mikey Taylor wants to get rich.

In 2017, after nearly two decades as a professional skateboarder — with a resume featuring parts in legendary videos and support from some of the industry’s most sought-after brands — DC Shoes let Mikey’s endorsement contract expire without renewal. Left without enough sponsors to support his family comfortably for the first time in his adult life, the former Alien Workshop pro known for his giant grin and lanky style set out on a new, more lucrative career path: gentrification profiteer.

Originally from Newbury Park, California, just outside the San Fernando Valley, Mikey broke into the skateboard industry around the turn of the millennium with childhood friends Paul Rodriguez, Spanky Long, and Torey Pudwill. After a lengthy and prosperous career featuring highly praised parts in the 2005 DVS video Skate More, and the 2008 Workshop classic Mindfield, Mikey spent the latter years of his career splitting time equally between talking to cameras and skating in front of them, becoming a regular host/guest on videos from the private skatepark turned content creation facility, The Berrics. The transition seemed effortless, with Mikey’s toothy smile and happy-go-lucky attitude quickly taking center stage.

Now, using the same marketing and personal branding skills that allowed him to stay in skateboarding’s spotlight for so long, Mikey has taken his talents to the world of real estate investment. In 2018, he launched the oddly-named development firm Commune Capital, and, after dipping his toes in the water by purchasing storage unit complexes for passive income, Taylor is now actively working to help gentrify of one of professional skateboarding’s most vibrant hubs — all in the pursuit of profit.

As skateboarding’s undisputed birthplace, every corner of Southern California boasts its own set of industry accolades, hometown heroes, and local landmarks. From the backyard pools of Venice to the famous stair sets and trashed mansions in Hollywood, to pier photos and Jason Dill memories in Huntington, Sk8Mafia hemmies in San Diego, loading docks in the Valley, and private warehouse skateparks in downtown Los Angeles. But when it comes to housing pro skaters, and grooming the next generation of up-and-comers, Long Beach, California is the closest thing that the skateboard industry has to a company town.

In addition to hometown heroes turned industry success stories like Terry Kennedy, Danny Montoya, Rob Gonzalez, newly minted Primitive Skateboards amateur Robert Neal, and more, Long Beach is also the defacto landing spot for skateboarding transplants from around the world. From Brad Cromer, Daniel Lutheran, and Boo Johnson, to Tiago Lemos, Carlos Ribeiro, Kyle Walker, and countless others. The Long Beach Yellow Pages is essentially a rolodex of pro and amateur skateboarders fighting for their piece of the industry pie. Take a trip to Cherry Skatepark on any given weekday and you’re bound to see at least one skater plucked from the pages of Thrasher.

Long Beach is also the site of Mikey Taylor and Commune Capital’s first apartment complex rehab. In November 2018, the Commune Capital webpage advertised potential investment in the Long Beach property by explaining that “Commune focuses primarily on acquiring and repositioining multi-family and mixed-use properties in gentrifying areas. We look for opportunities with significant potential for appreciation and/or income with our ‘value-add’ strategy for the property, which usually includes construction, renovation, adaptive reuse, and new management.”

So much for the whole commune thing, right?

With no regard for the classist and racist connotations of using the word “gentrification” in a strictly positive light — and in an investors pitch, no less — or what that “value-add strategy” might spell for long-standing local residents trying to survive a devastating local rent surge, Mikey’s shortsightedness did not even consider how his latest business venture might affect his own, well, community.

Professional skateboarding, like athletics of any kind, comes with a built-in expiration date. There is simply no way that the human body can sustain the physical rigors of jumping down stairs and repeatedly eating shit into old age. And with a constant stream of younger, hungrier skaters looking turn their passion into a profession, skateboarding as a job is an incredibly tenuous and unpredictable career. Unlike athletes in the NBA, NFL, or MLB, who have used collective bargaining power to secure pay raises and job security, skateboarders are independent contractors without a union — or even a cohesive “league” — to speak of. They are often forced to pay for their own health insurance. Most are left with no safety net for their inevitable fall.

And with a do-it-yourself ethos and ‘fuck the man’ attitude built into the very fabric of the skateboard industry, it is no surprise that early on skaters looked inward for any modicum of support and stability — all but shunning the trappings of traditional employment. Eventually, an extensive network of skater-owned board, trucks, wheels, clothing, and shoe companies emerged. But with most independent skate companies failing to break out of the insulated industry — stuck with high costs and low margins, and subject to the sport’s waxing and waning mainstream popularity — those for-us, by-us skate companies quickly turned to tried-and-true forms of labor exploitation to keep the lights on.

For every single skateboarder trying to crack into the industry, money is a secondary form of payment, earned only after a skater has established themselves as worthy enough to brands. First — and often for years before any paycheck is cut — skaters are sent boxes of product from their sponsors, and are expected to film new and exciting footage, keep up and increase a social media following, and model clothes, shoes, or boards for their sponsors. Skate brands are finding ways to make money off of their riders long before a skater ever sees the financial fruits of that labor. And to make matters worse for industry-hungry skaters — and easier on brands — kids are so good at skateboarding these days, from such a young age, that endorsement agreements often begin before a skater is even eligible to hold a job, nevertheless fight for proper compensation.

Without any institutional support behind their labor, skaters in the industry quickly learn that not only is it close to impossible to bring in the millions that Tony Hawk has milked out of his success, but it is often hard to even make ends meet. For every Nyjah Huston — or Mikey Taylor — there are a half dozen amateur and pro skateboarders working a second job to pay the bills. Pro skaters live with roommates into their thirties and convert vans to apartments so they can be closer to the skatepark. Most skaters are just trying to get by.

Mikey Taylor’s new business will make it even harder for them to get by.

In a new episode of his business podcast, The Avni Interviews, uploaded to YouTube earlier this month, Mikey and co-host Eric Bork break down money in skateboarding. After relaying how blessed he was to personally make upwards of $400,000 a year towards the end of his skating career, Mikey estimates that the average current pro skater takes in some $50,000 a year. In a Jenkem Magazine interview from 2015, Welcome Skateboards pro Ryan Lay cut that number in half, estimating that the average industry skater takes home $24,000-$30,000 a year — before taxes — which skaters pay themselves, and without benefits, which most skate sponsors do not offer. For amateur skaters, who are still in the industry but do not yet have their name on a board, those figures are even lower.

According to a report from Realtor.com in 2017, Long Beach was the ninth most gentrified city in the nation, with recent statistics from the website Rent Jungle putting the average monthly rent at $2,177 — a 55% spike from just six years ago.

And yet still, Long Beach is where the pros are. And if you want to be pro too, it is one of the few cities you want to live in. But with Mikey Taylor and other money-hungry developers looking to “add-value” for investors by continuing gentrification processes that displace families and set up access barriers for anyone that is not wealthy, the arrested development SoCal skate dream of Mikey’s own youth is quickly fading.

On his LinkedIn page, Mikey wrote that he founded Commune Capital because he “wanted to create an investment opportunity for skateboarders and all athletes that want to prepare for life after our unpredictable careers.” He loudly advertises the involvement of well-paid household name pro skaters like Paul Rodriguez and Sean Malto on the Commune website, but without considering that the vast majority of pro skaters do not make enough money to even dream about real estate investments, he is missing the forest for the trees.

When skateboarders discuss skateboarding and the skateboard industry, it is often with reverence for the tight-knit community — from homie discounts at skater-run coffee shops and sandwich spots, to months-long couch surfing stays and brotherly praise. When it comes to money though, there’s simply not enough to go around. But instead of coming together to make sure that the next generation of young pro skaters have better opportunities than the last, and figuring out a way to grow the community, Commune Capital’s model is focused on personal wealth.

At the very least, it’s time to change the name of your company, Mikey.

WHAT IS THE IDEAL THC LEVEL FOR MEDICAL CANNABIS?