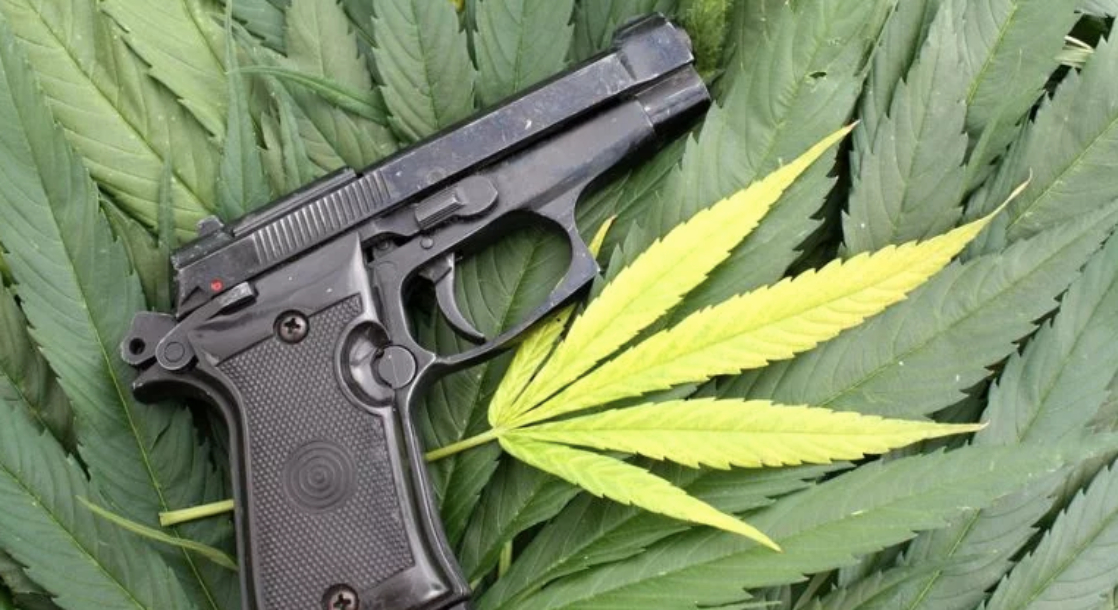 Since the turn of the 21st Century, deadly mass shootings have become an increasingly commonplace occurrence. Yet as the death toll mounts, the federal government has shied away from reforming its gun control policies. There is one issue that still inspires the feds to take action on gun control, though: The fear of legal cannabis users buying guns.

The Bureau of Alcohol, Tobacco, Firearms, and Explosives (ATF) issued a new advisory this week that requires Michigan gun dealers to conduct federal background checks on all unlicensed gun buyers. The agency notes that the Wolverine State’s current policies — including the recent legalization of adult-use cannabis — are allowing disqualified individuals to purchase guns illegally.

The ATF advisory specifically rescinds a 2006 provision that allowed Michigan firearms dealers to accept a state-issued concealed pistol license (CPL) instead of performing a federal background check. The agency explains that, according to the FBI and other officials, Michigan residents who would otherwise fail a federal background check for firearms have been using CPLs to illegally buy guns.

“Specifically, ATF learned that CPLs were and continue to be issued to applicants who were likely prohibited due to a conviction for a misdemeanor crime of domestic violence… and to habitual marijuana users,” the advisory explains, according to Marijuana Moment. “Although possession and use of marijuana is not unlawful under Michigan law, marijuana remains a ‘controlled substance’ under Federal law, and those using marijuana are prohibited from possessing or transporting a firearm.”

The advisory does have some positive implications, as it will help keep guns out of the hands of people who have been convicted of domestic violence. Misdemeanor domestic violence convictions will show up on federal background checks, effectively disqualifying these offenders from gun ownership. But now that cannabis is legal in Michigan, there are no public records that can identify an individual as a “habitual marijuana user,” so it is hard to imagine exactly how the feds will implement this part of the ban.

The Brady Handgun Violence Prevention Act, passed in 1993, bans any user of a federally-prohibited drug from owning a firearm. And, although medical marijuana is legal in most states, cannabis still remains prohibited by the federal government.

The conflict between the Brady Act and the Second Amendment has caused issues all across the country. Cops in Delaware, Hawaii, and Ohio have all made attempts to block medical marijuana users from owning guns, but police eventually backed down in each of these states. Still, cops have been using the Brady Act to arrest individual weed-smoking gun owners, and one Texas man was recently jailed for eight months for possessing both guns and weed.