All photos courtesy of KandyPens

Convenience is everything in 2019. It doesn’t matter if it’s a phone, laptop, recipe, grocery store, article of clothing, accessory, travel bag — whatever. If something isn’t convenient for an on-the-go lifestyle, it will get lost in the back of a messy closet and fade into oblivion.

This is particularly true for vape pens, but extends to all smoking devices — no one has time to puff on something that doesn’t get you high as hell or adds clunkiness to your smoke sessions. That’s why the Crystal by KandyPens is a must-have when it comes to getting in, getting out, and staying high.

What’s ideal about the Crystal is that it’s a concentrate pen. So, instead of being at the mercy of a vape cartridge that could be faulty and/or loaded with heavy metals, you get to choose what type of oil concentrate goes into your pen. Whether you like smoking shatter, wax, sauces, or distillates, the Crystal accommodates the majority of concentrates, making it a stellar companion for epicurean puffers.

Think of it as a mini-dab pen that can go just about anywhere. Convenient, right? Although the traditional dab rig is great for the crib, hauling that gear around town just so you can smoke concentrates is the antithesis of simplicity. In fact, it not only seems like a hassle, but it also seems like it could be a hazard — there’s nothing chill about igniting a high-flame torch in crowded environments or confined spaces. No, thank you. This is the 21st Century, and everyone deserves to get safely stoned, not burned. 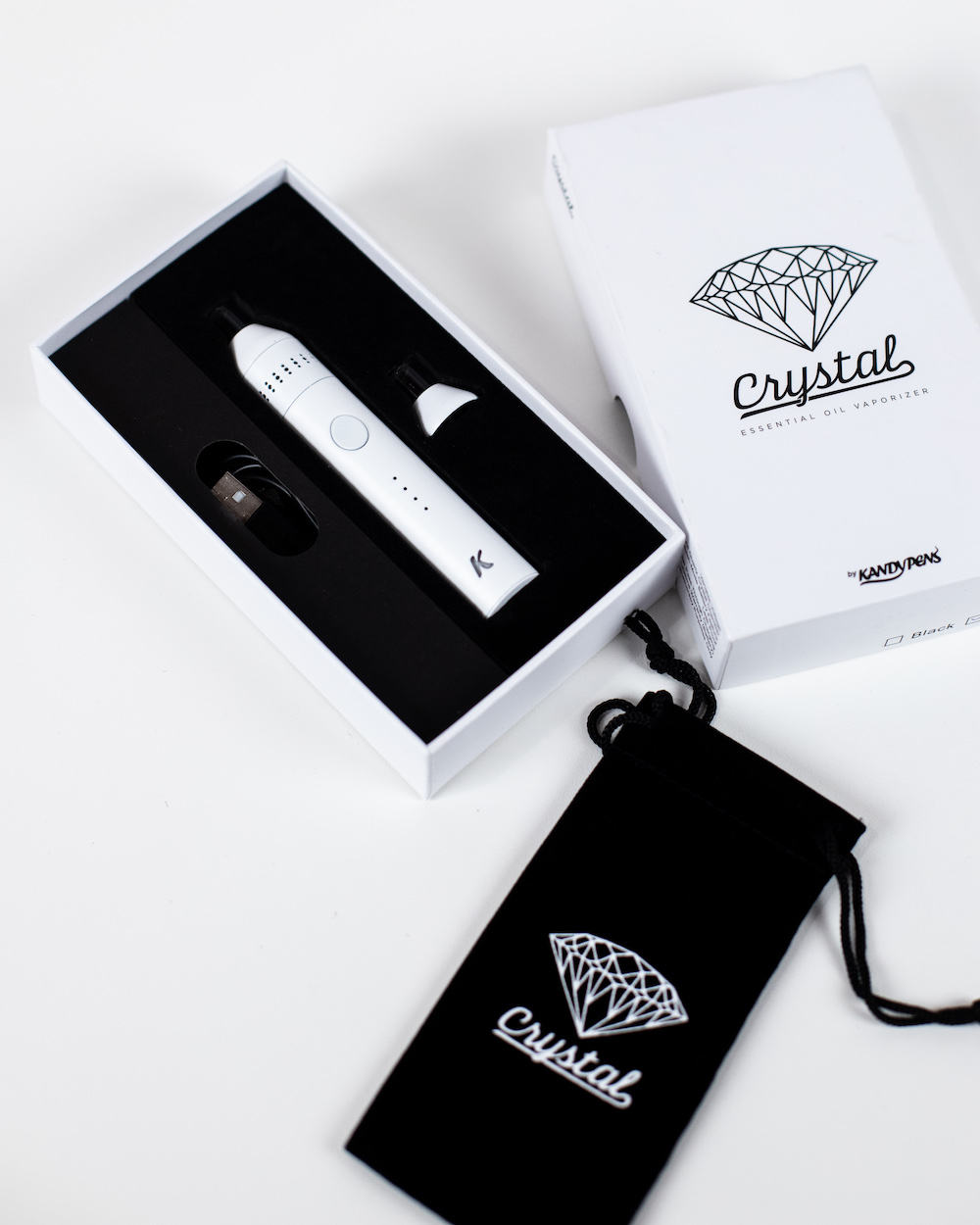 We took the Crystal with us to the beach last weekend to reach next-level decompression and embrace the sweet California sun. We stowed the KandyPen in a small makeup bag, and not only did it fit well, but it blended into its surroundings seamlessly. Even if a cop had opened our bag and looked inside, they wouldn’t have known an herbal refreshment was hiding in plain sight. The device just looks that elegant.

Upon laying out a towel and getting our sunshine on, the unmistakable scent of the sweet, sweet cheeba drifted over from a neighbor. We looked around to see who it might be — you know, to give them a we’re-on-the-same-wavelength wink. But it was impossible to pinpoint exactly who it was. We were in Venice Beach, SoCal’s hazy capital, after all.

Then, like clockwork, a 4×4 police truck zoomed from around the rocks as if on an important mission to save a troubled beachgoer. But the truck came to a slow creep in front of us, as the driver scoured the crowd. He even took out a pair of binoculars and did a once-over. The delicious scent of herbal freedom dissipated. The only thing you could smell was the salt of the ocean.

But as the cop was busy looking for someone (or something) on the beach 10 yards to our left, we were busy loading our Crystal with some Blue Glue concentrate that’s high in THC, THC-A, and CBD. It took about two minutes to scoop the wax into the atomizer, twist the mouthpiece back on the pen, and take a drag. So, while someone nearby was being sought after by the beach police for a joint, we were discreetly getting stoned, and conveniently getting on with our life, sans-drama.

The KandyPen Crystal is available now in two colors. Additional features include a variable voltage battery (2.6V, 3.0V, 3.6V, 4.2V) with a two-click sesh mode feature, an all-quartz crystal glass atomizer (no coil), and micro-USB pass through for charging.